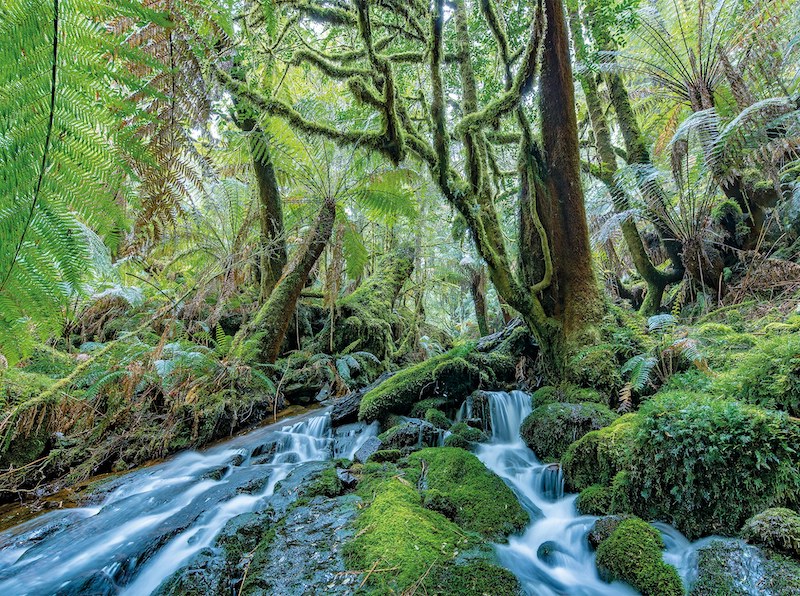 Prime Minister Scott Morrison has “let her rip” on the pristine native forests of Tasmania in the early days of the 2022 election campaign. It was his “This is coal” moment for another dying industry. Former Greens leader, farmer and 40 year logging activist Christine Milne explores the government’s latest bizarre and destructive pork barrel.

Prime Minister Scott Morrison swept into Tasmania announcing another $219m package for the logging industry. Beneath the verbiage of futuristic wood products, his loud and clear signal to the marginal seats of Braddon, Lyons and Bass is the LNP intends to let the loggers rip in our native forests and ‘create’ 73,000 jobs – a fifteen times increase on present numbers, at least.

Throwing yet more public money for plantations on farms and propping up native forest logging, ostensibly in perpetuity is the definition of madness: doing the same thing and expecting a different result.

One disaster begets another

After the Managed Investment Scheme disasters and the failure of Morrison Government’s 2019 billion trees cash splash, you would think governments would learn not to throw good money after bad. He should know that no matter how much cash he throws at propping up native forest logging, it won’t deliver jobs.

Every federal government of both persuasions, since John Howard wooed loggers and unions in Launceston in 2004, has continued to throw millions at forest industry jobs as if they are the only jobs in Tasmania worth nurturing or saving, or paying for, are logging industry jobs. Once the polling stations close, no one ever comes back to check if these jobs ever eventuate because they don’t.

The reality is that it is over for native forest logging in Australia. It is ecologically unsustainable and destroys biodiversity and carbon stores. WA has shut it down, Victorian regeneration has failed and the industry is set for closure by 2030 and under huge community, legal and financial pressure to go before the end of this year.

The community does not want native forests burnt for bioenergy anywhere in the country. Almost 90% of timber used in Australia comes from plantations. The market has spoken; yet today’s announcement is the logging equivalent of Morrison’s “this is coal” gimmick in Parliament.

So what is this forest announcement really about? Cui bono? Who benefits?

Follow the money. It is about propping up native forest logging and dressing it up as part of pork barrelling the private sector plantation industry as it develops new wood products.

Enter the Australian Forest Products Association (AFPA). Read everything Ross Hampton said before heading to Geneva to FAO, re supporting native forest logging, and salvaging logging in national parks in the aftermath of the bush fires, and you will get the drift.

This whole announcement is their idea. It has been campaigning for multi million dollar investment in forestry schools in Australian universities because the forestry schools around the country have almost all been shut down.

Which students want to be loggers of native forests as the world burns and extinctions rise? This is insidious and the perfect subterfuge.

University of Tasmania: go to the back of the class

With the University of Tasmania as an AFPA partner, they have tied themselves to the ongoing destruction of native forests – a sector without social licence that delivers relentless loss and damage to Tasmania’s irreplaceable natural heritage.

The Prime Minister has made it clear today that federal funding for the Research Hub is tied to creating permanent native forest wood production areas, no matter what the cost or damage. Yet again Scott Morrison has demonstrated gross ignorance of the crucial role protecting forests plays in fighting climate change and protecting the wildlife we cherish.

All this will do is plunge the University of Tasmania into conflict and reputational damage.

And a tip for the Prime Minister, we already have permanent timber production zones, they are called plantations. The future for the timber industry is in farmed wood not native forests. End native forest logging, protect forests and produce wood products on farms.