Australia: The Rising Tide of Protest 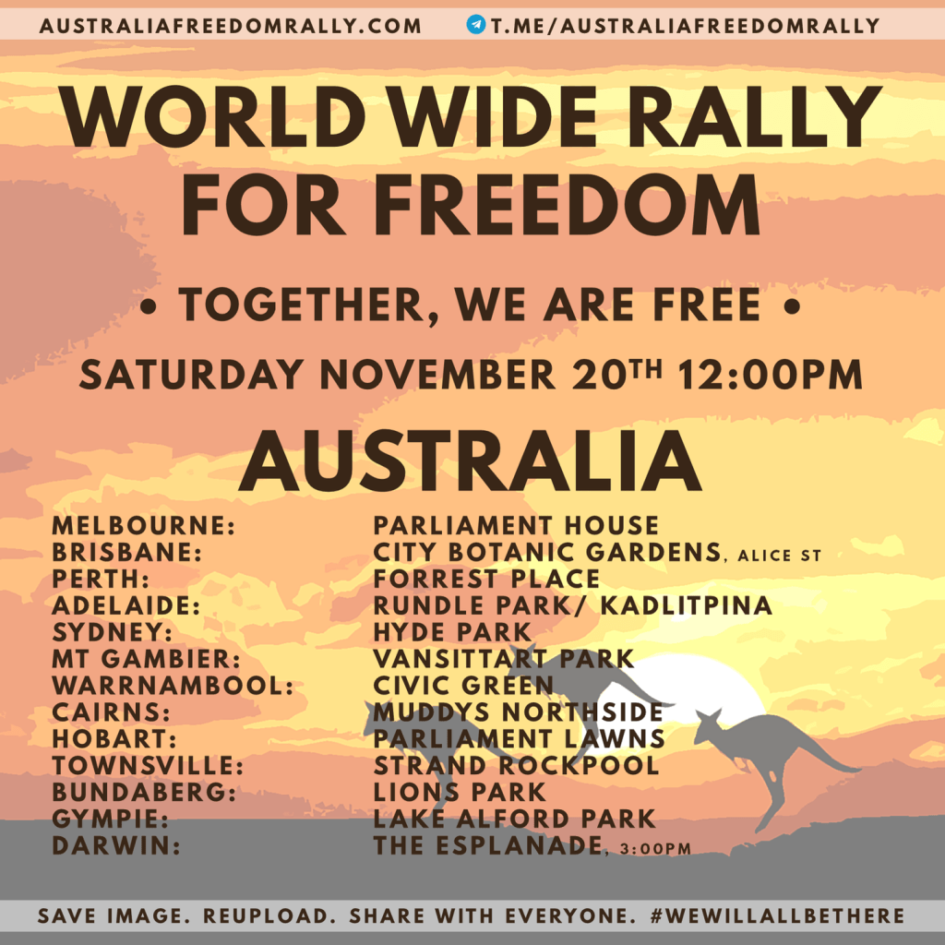 One thing is for sure: Australians have had enough.

Here is a selection of links, videos and stills from the weekend.

While crowd numbers are notoriously difficult to estimate organisers across the country claimed numbers in the thousands, even in a far flung town like Mackay in Queensland; along with hundreds of thousands in the nation’s capitals.

Even the traditionally hostile mainstream media acknowledges protestors in the tens of thousands; despite dismal weather across across much of the eastern seaboard.

20 November, 2021 will go down as the date for some of the largest scenes of mass protest ever witnessed in Australia.

To be blunt, it takes a lot to get Australians out into the streets. Some of the world’s most over-the-top draconian enforcement of Covid regulations has provoked a major and perhaps predictable backlash as millions have seen and indeed continue to see their lives disrupted or destroyed by the nation’s out of control authorities.

Without a doubt, the largest protest we ever seen in Brisbane over 10 years of covering rallies.

Perhaps only comparable to marches against the Iraq War in 2003.

Organisers say over 100,000 people attended, and it is hard to argue.

It was also hard to do the crowd justice — impossible to get the whole group in the park or on the march (as they wrapped around multiple streets).

Still people to the left AND behind in this clip. You couldn’t move to spin around.

TO SEE THEIR FULL COVERAGE ON THEIR TELEGRAM CHANNEL GO HERE.

PLANS ARE WELL ADVANCED FOR NEXT WEEKEND