Australia: Batten Down the Hatches as Recession Looms 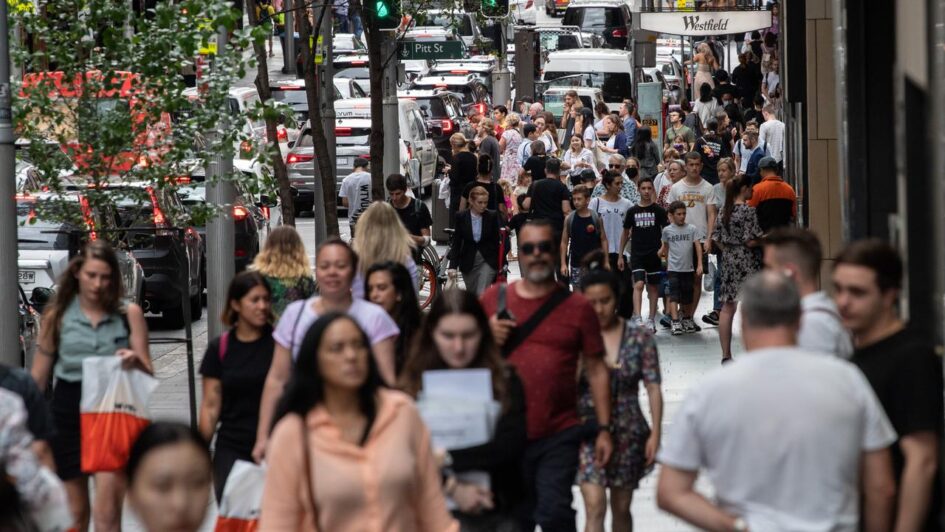 Recession is likely. Share markets, bonds, property, crypto; it’s all falling, just as the cost of living is soaring and central banks around the world are hoisting rates to crush demand and curtail rising prices. Michael West checks out the outlook.

It’s not good. When you hear them saying “decisive action”, that is. That’s central banker jive for recession.

Reserve Bank of Australia governor Philip Lowe took the decisive action of appearing on TV last night to talk about decisive action, warning inflation could hit seven per cent by the end of this year. Rates are going up.

Lowe’s counterparts at the US Federal Reserve are about to take decision action too as inflation in the US hits 8.6%, its highest in 40 years.

Wall Street fell into bear market territory Monday, that’s 20% of its highs, dragging the ASX down with it. It failed to bounce last night. A “dead cat bounce” as they call it. On the ASX, shares are down only 14% from their record high last year. The US Federal Reserve is poised to hoist rates too, probably by 0.75%. The spectre of recession looms just as the cost of living soars.

Around the world, central banks are moving to crush demand and curtail inflation by lifting rates. Quickly now, finally. The thinking is that pain now means less pain later. They are literally forcing a recession and a fall in asset prices.

The big question, of course, the only question, is how bad will it get? This, no one knows. The grand economic pundits, nearly all the market experts, missed the Global Financial Crisis, the credit market meltdown which preceded that, the pace of the euphoric bounce-back which followed the Pandemic.

When it comes to predicting the future, the person in the street, the chimp with her dart-board, the medium with the crystal ball, the pontificating journalist; we are all as good as each other. All as bad.

All this means that the only answer for people making economic decisions is that, as we simply don’t know what the future holds, it would be wise to eliminate as much market risk as possible, cash up. There will be opportunities, distressed sellers.

Yet the big picture charts would suggest we are closer to the top than the bottom.

If you check out a chart of interest rates over the long term, rates have been in decline (bond markets rallying therefore) for 40 years. That’s a huge fall in the cost of money, a fall which has now been arrested. This doesn’t mean rates are going right back up, but it does suggest they will run a lot higher.

When you look at it against a sharemarket chart or a chart of Australian property prices, the conclusion is inescapable, asset prices are going to fall. It’s just a question of how deeply. Again the answer to that is pure speculation. There has always been a general bias in punditry towards optimism.

Yet markets swing too far in each direction, every time. This is their nature. All this goes to say that the worst is possible, that is serious recession, 10% mortgage rates or more, which would trigger a raft of defaults, a crash. That would mean the government would step in to deploy public money to save the property market just as it did to save investors and companies during the Pandemic. Forget free markets, that’s gone. They went with the GFC and then utterly disappeared with the Pandemic.

Would you be “buying the dip now”? Check out this residential property chart. Yes, Australian property – thanks to cultural factors, thriving commodity exports and incessant government stimulus – has been resilient but no market rises forever, and Australia is completely out of step with other countries.

This begs a deeper debate over government. Surely stepping in to save the wealthy and large corporations every time there is a crisis is unfair but it may also, in the long run, be unwise, as private risk being underpinned by the public leads to reckless decisions and poor, even artificial, asset pricing.

It might also mean it takes longer to drag economies out of their recessionary funk.

The new government of Anthony Albanese, although off to a flying start with decisive action on submarines, foreign policy, progress on human rights, has indubitably taken a big hospital pass, not just from the previous mayhem of the Scott Morrison regime but from timing on world markets.

They have a licence now to dump the ludicrous Coalition proposition of $200bn in tax cuts for high income earners, a demographic which has already done well from pandemic stimulus. Also to start taxing multinational fossil fuel exporters in a meaningful way, even though they’ve ruled it out so far.

The ASX is down 14% down from its all-time-high of 7629 last year. That high coincided with a drop in 10 year bond yields in August. Rising bond yields have seen the index flatline to April this year. Prices are now beneath their level just before the Milan business district Covid lockdown on February 2020.

Higher rates do not bode well for sharemarkets and higher rates would appear inevitable. On the bright side though, sharemarkets also trade on future earnings, corporate balance sheets are in good order, debt is low. A critical factor will be consumer spending. The outlook there is not good at all, thanks to inflation and the fact that household leverage – that is disposable income versus debt – towers at record highs.

The most critical factor will be jobs. If unemployment rises, it will hit spending and therefore corporate profits and share prices hard. The good news there is that unemployment is also at record lows. For now.

It’s always darkness before dawn, they say. It’s a good principle for investing in anything. But it would seem, simply based on historical prices as charted above, we are still in the middle of the night.

From AAP: In his first public appearance since the RBA raised the cash rate by a larger than expected 50 basis points at last week’s board meeting, Lowe said decisive action was needed in face of rising inflation.

“We need to be able to chart a course back to two to three per cent,” Dr Lowe said in a rare television interview on ABC’s 7.30 on Tuesday.

“I’m confident we can do that but it’s going to take time.” He said it was not unreasonable to expect the cash rate could reach 2.5 per cent compared with 0.85 per cent now.

His comments came as global share markets are in turmoil fearing the US economy could fall into recession if the Federal Reserve raises interest rates aggressively to combat its own inflation problem. US inflation is at 8.6 per cent, its highest level in 40 years.

But Dr Lowe is confident the Australian economy will continue to grow pretty strongly over the next six to 12 months.

“There is still a bounce back from all the COVID-19 restrictions, people are spending in a way they weren’t able to do last year,” he said.

Dr Lowe said there is a big backlog of construction work to be undertaken and the number of job vacancies is extraordinarily high.

“So people can be confident the jobs will be there and in that environment people will keep spending,” he said.

Two confidence surveys coming up are unlikely to reflect such sentiments at this stage. Both the weekly ANZ-Roy Morgan consumer confidence index and the Westpac-Melbourne Institute monthly sentiment survey have already taken a hit since March in the face of ballooning inflation.

Both measures are currently running at their lowest levels since August 2020 when the country was just getting over the first recession in almost 30 years as a result of the COVID-19 pandemic.

Aside from coming to terms the latest rate hike, consumers also having to deal with a renewed pick-up in petrol prices and blanket media coverage of rising gas prices.

“It is likely the hit to confidence will deepen in June,” St George associate economist Jameson Coombs said.

The Australian Institute of Petroleum said the national petrol price average rose 2.1 cents to 199 cents per litre in the past week.

But Victoria, South Australia, Western Australia, the Northern Territory, Tasmania and Canberra were all paying more than $2 per litre.