The Best of 2022. Alex Berenson, Bestselling Author of Pandemia: How Coronavirus Hysteria took over Our Government, asks: What is Happening in Australia? 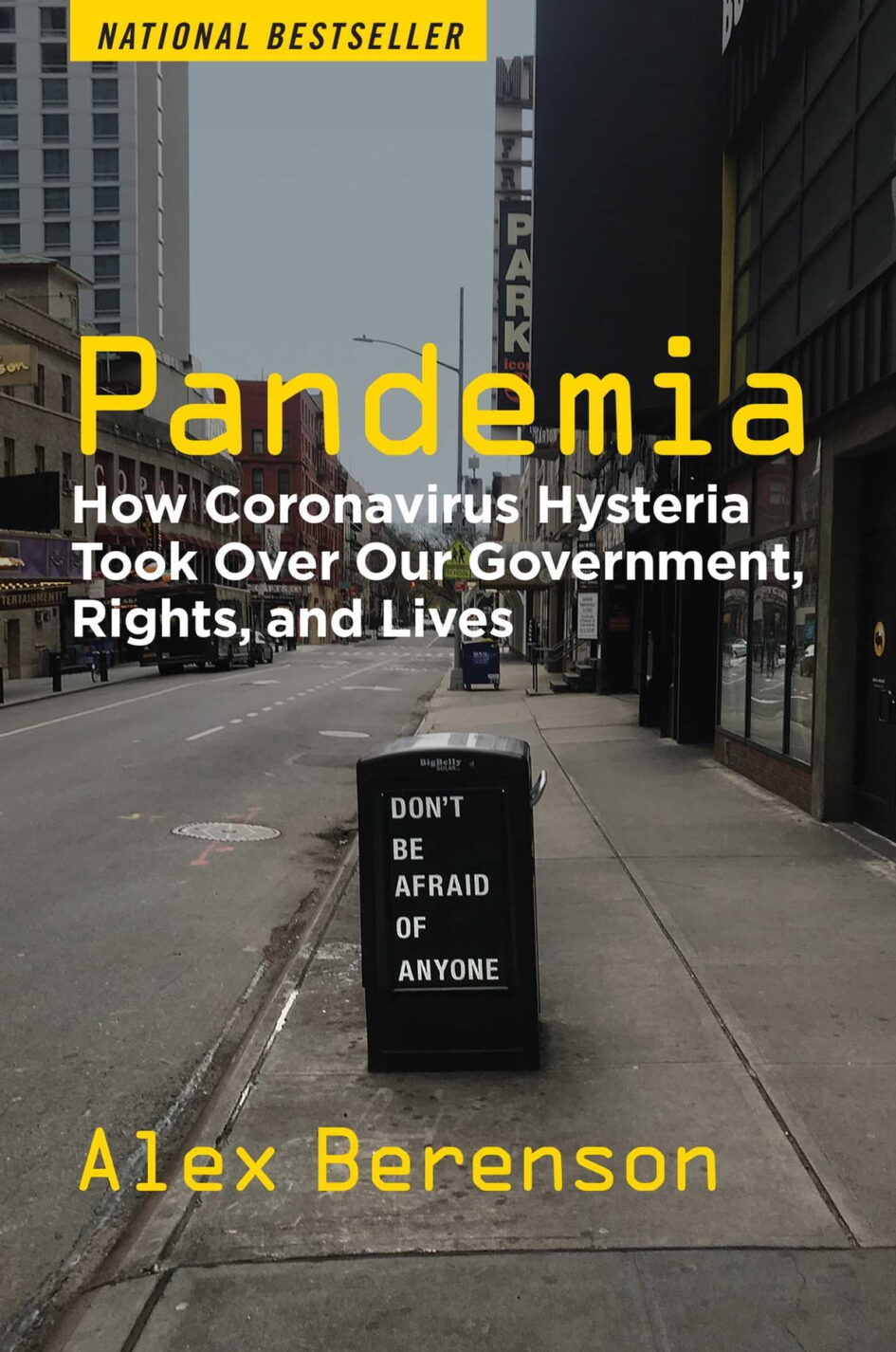 The authoritative body of literature picking apart the government and vaccine proponents Covid narrative is growing steadily, including Namoi Wolf’s spectacular The Bodies of Others, the elegant takedown by Robert F. Kennedy The Real Anthony Fauci: Bill Gates, Big Pharma and the War on Public Health and Australia’s own Professor Gigi Foster’s The Great Covid Panic.

Pandemia: How Coronavirus Hysteria Took Over Our Government, Rights, and Lives by former New York Times journalist Alex Berenson, published last October, was one of the first out of the box.

These books have now sold in their millions, as the weight of evidence becomes undeniable.

Pandemia was originally very hard to procure in Australia, with excessive costs, lengthy delays, or in the case of Amazon’s Kindle, impossible to buy at all. This remains true to this day, with Australian readers trying to download it met with the message: “This title is not currently available for purchase.”

It seems unlikely that a sophisticated selling machine like Amazon would on the face of it discourage purchase of such a highly anticipated publication.

Leading into the May election, it was the last book the Australian government wanted the public to read, intent as it was in perpetuating the lie that they had been keeping Australians safe.

In a legacy media beholden to government funding, lockdown and vaccine sceptics are almost impossible to find.

Out in the real world, they’re everywhere.

Whether or not Pandemia was deliberately geo-blocked by Australian authorities is uncertain, but as we saw on so many levels, a failing and desperate government was more than willing to play to the cheap seats through everything from politicising national security to weaponising gender debates.

Now the chickens are coming home to roost.

In a recent post to his Substack newsletter Unreported Truths Alex Berenson notes: “Australia should have been the world’s ultimate public health and Covid vaccine success story – the nail in the coffin for Team Reality and the Great Barrington Declaration.

“Australia did just what the Bill Gates-funded gurus wanted.”

The Australian government’s favourite institute to back up its aggressive stances on lockdowns, masks and vaccines has been the Gates and Chinese funded Phil Doherty Institute, whose forecasts have proved dramatically wrong on all counts.

Berenson continues: “It locked down early and hard and stayed that way for almost two years. It closed its borders and responded to local outbreaks with even tougher restrictions. Australian police used drones and automated license plate readers to check if people were more than a few miles from their homes.

The restrictions largely “worked.” (Putting aside their cost to civil liberties, education, and mental health, of course, since those don’t matter to Covid fanatics.) Through the fall of 2021, Australia had few Sars-Cov-2 infections and almost no Covid deaths.

Even our own ABC radio personality Richard Glover was telling The Washington Post: “Australia’s leader is winning the argument on the coronavirus.”

It all looks like pretty sad garbage round about now.

But let Berenson take up the story: “When Covid vaccines became available, Australia took an equally aggressive stance. The country’s six states segregated unvaccinated people, barring them from shopping, going to restaurants, and even entering libraries. States also forced Covid shots on many workers as a condition of employment, making up to 75 percent of workers get jabs.

“Australians did not universally support the rules. Thousands of anti-vaccine and anti-lockdown protestors jammed Melbourne and other major Australian cities last fall.

“Still, despite Australia’s reputation as an outpost of rugged individualism, it is actually more like Canada than the United States. Polls routinely showed that a majority of Australians supported the restrictions and were pleased with their government’s overall response to the coronavirus.”

Berenson reports of the high level of compliance within the Australian population that during the spring and summer of 2021, most Australians were primarily concerned that they did not have enough access to vaccines. More than 95 percent of Australians 16 and over ultimately took the shots – mostly Pfizer’s mRNA jabs. The acceptance extended to boosters, which nearly 70 percent of Australian adults have received.

And for almost two years, the elite media rapturously held Australia up as an example of how the United States should have behaved and how many lives lockdowns and vaccines could have saved. Never mind that Western European countries, which had lockdowns and Covid vaccination rates similar to Australia’s, have death counts similar to America’s.

In May, the New York Times asked:

What went right in Australia and wrong in the United States?

For the standard slide-show presentation, it looks obvious: Australia restricted travel and personal interaction until vaccinations were widely available, then maximized vaccine uptake, prioritizing people who were most vulnerable before gradually opening up the country again.

All these cosy congratulations on the Land Down Under now look absurd.

As Berenson notes: “Australia’s Covid success story has a new ending – and it may hold very hard lessons for vaccine advocates.

“Since December, when the Omicron variant arrived, Australia has had an unending Covid wave. And after falling in April and May, infections, hospitalizations, and deaths are soaring again as Australia, which is in the Southern Hemisphere, enters its winter.”

As Berenson observes, Australia’s overall Covid death toll relative to the size of its population is still far lower than the United States or Western European countries.

But for the last several months it has had more deaths per-capita, and nearly all those people are vaccinated. In the last six weeks, 656 people have died of Covid in New South Wales, Australia’s largest state. More than 85 percent were vaccinated, and most of them had been boosted.

“Even more concerning, Australia has also had a large increase in non-Covid deaths. During the first three months of 2022, Australia had almost 20 percent more deaths than normal. Even excluding Covid deaths, deaths were almost 10 percent above normal. Figures for April and May from Victoria, its second-largest state, suggest excess deaths have risen even further since then and may be running 30 percent above normal – a stunningly high level.

“It is hard to overstate what the unspooling crisis in Australia may mean for vaccine and lockdown advocates. Because it so successfully contained Covid in 2020 and 2021 and then used mRNA and DNA/AAV vaccines so aggressively, Australia is a near-perfect test case for what Omicron and future variants will do to a population that was mass vaccinated before being exposed to Covid.”

Berenson concludes: “Clearly, the vaccines have failed. The question now is how long the Omicron wave will last, and how many deaths Australia may have by year-end. The rise in overall mortality is also telling, because the excuses that public health advocates have offered in other countries – health-care delays or ‘long Covid’ – do not apply in Australia.

“For now, Australian national and state governments continue to push boosters – and to publish honest data showing just how poorly the shots are working.

“No points for guessing whether the honesty or the booster campaigns are likely to end first.”

There has never been a more politicised and thereby more disastrously managed disease in Australian history than Covid. We shall soon see whether the new Albanese government opts for truth, or politics.