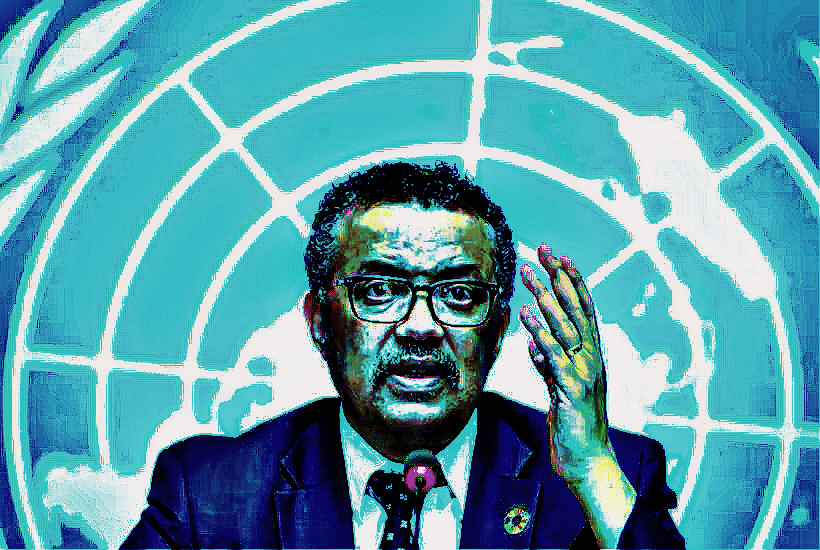 Former United Nations Assistant Secretary-General Ramesh Thakur has warned in The Spectator Australia of the coming massive expansion of the international pandemic bureaucracy and the powers of the WHO to press countries towards authoritarian public health measures.

Professor Thakur has emerged as the foremost academic voice in Australia condemning the absurd overreach and outrageous mismanagement of Covid in Australia, including a tragic loss of liberties and common sense.

Australia became infamous throughout the world for its absurd authoritarian brutality in dealing with Covid, including pepper spraying grandmothers and arresting pregnant women. The jailing of dissidents was a true outrage; vaccine mandates continue to cause chaos across multiple industries, the courts remain clogged with people disputing tens of thousands of punitive fines, and for many independent minded Australians the government’s reputation remains in the gutter.

The sight of the new Prime Minister Anthony Albanese cosying up to the worst perpetrators of Australia’s tilt into totalitarianism, including Daniel Andrews, Premier of Victoria and Mark McGowan, Premier of Western Australia, at a recent so-called National Cabinet, sent chills through the body politic.

To make it worse, in promoting these policies the WHO violated, without providing any justification beyond China’s example, (1) the guidance from its own report in October 2019 that summarised a century’s worth of worldwide experience and science; and (2) its own constitution which defines health as “a state of complete physical, mental and social well-being and not merely the absence of disease or infirmity”.

The vaccine push has similarly ignored accumulating safety signals about the scale of adverse reactions, on the one hand, and rapidly dwindling efficacy after successive doses, on the other.

Euro-U.S. efforts, backed by Australia, to amend legally binding international health regulations and adopt a new pandemic convention would confer extraordinary powers on the WHO to declare public health emergencies of international/regional concern and command governments to implement their recommendations.

WHO inspectors would have the right to enter countries without consent and check compliance with their directives.

They would lock in the lockdowns-vaccines narrative and pre-empt rigorous independent retrospective reviews of their costs and efficacy.

Whether approved as two separate instruments or folded into one overarching new treaty, the changed architecture will greatly strengthen the WHO’s core capabilities on public health surveillance, monitoring, reporting, notification, verification and response.

The rush to amend the existing international health regulations encountered significant pushback last month from developing countries, China and Russia but will come up again for discussion and approval shortly. The new treaty under negotiation will be presented to the World Health Assembly in 2024.

On January 24th, Director-General Tedros Adhanom Ghebreyesus said an urgent priority was to “strengthen WHO as the leading and directing authority on global health”, for: “We are one world, we have one health, we are one WHO.”

The proposed Pandemic Treaty will create a perverse incentive: the rise of an international bureaucracy whose defining purpose, existence, powers and budgets will depend on outbreaks of pandemics, the more the better.

To read the original story in full go here:

Worth reading in full.