A Flourishing Ecology and a Healthy Economy? Henry David Thoreau thought you couldn’t have one without the other 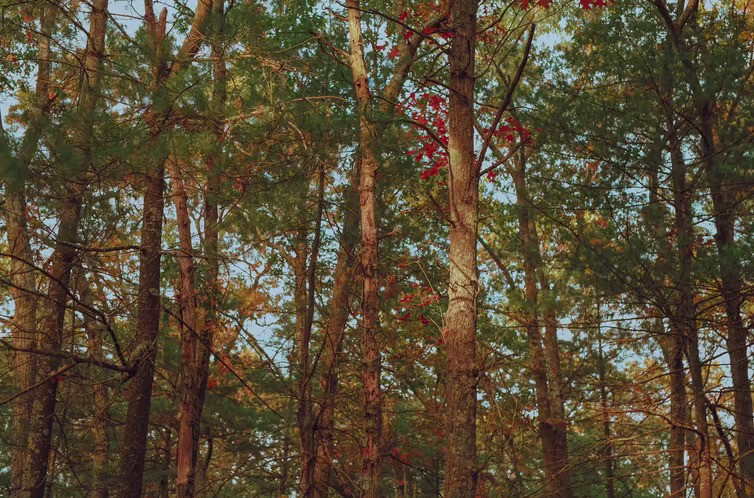 Australians have just decided another “climate election”. What this meant, basically, was that we had to choose between two difficult futures. The result has yielded a new mandate for meaningful work on climate policy.

“Liberal democracies” are facing some of the deepest challenges they have yet encountered in their relatively short histories. Historic carbon emissions from the richest countries – especially the nation of my birth, the United States – warm our Earth, making life difficult for us and for all things. Many species have gone extinct. Many peoples have lost their homelands. Australia has endured droughts and fires and floods.

In democracies like ours, in elections like the one we have just witnessed, politicians often frame environmental questions as a competition between two values: ecology and economy.

On the one hand, they tell us, they know that ecological flourishing is vital to society. They do their best to contribute to sustainability. They nurture green cities and promote environmental reform. On the other hand, they say, we are also reliant on a flourishing economy. Without the economic system in which we all work and exchange goods, we would not eat or find shelter.

They are not wrong. Both a flourishing ecology and a healthy economy are required for liveable human society.

But in framing ecology and economy as competing values, and all environmental questions as requiring trade-offs between them, contemporary politicians depart from older, more holistic ways of thinking about the well-being of our communities. Some of these ways of thinking do not position economy and ecology as competitive.

In Australia, of course, some of those more holistic ways of thinking include vital Indigenous knowledges about living connected to Country. In addition, there are traditions of dissent from the competitive paradigm among some environmental thinkers within European and American culture.

In my recent book Thoreau’s Religion: Walden Woods, Social Justice, and the Politics of Asceticism (2021), about the 19th-century American author of Walden; or, Life in the Woods (1854), I argued that Henry David Thoreau’s commitment to ecology was driven by a hope for a just economy. In this, he offers a few key points of resistance to the contemporary vision of competition between ecology and economy.

Ecology as a fuller description of social life

Thoreau was famous among his contemporaries for his love of animals. One early biographer was Edward Waldo Emerson, son of the essayist Ralph Waldo Emerson, who had known Thoreau when he was a child. Emerson observed that Thoreau “felt real respect for the personality and character of animals”.

This was true to the extent that he made friends with them. Frederick L.H. Willis visited Thoreau in Walden Woods in July 1847:

Thoreau said: “keep very still and I will show you my family”. Stepping quickly outside the cabin door, he gave a low curious whistle; immediately a woodchuck came running towards him […] With still another note several birds, including two crows, flew towards him, one of the crows nestling upon his shoulder […] He fed them all from his hand […] and then dismissed them by a different whistling, always strange and low and short, each little wild thing departing instantly at hearing its special signal.

For all life he had reverence, and just where the limits of conscious life began and ended he was too wise, and too hopeful, to say.

“Ecology” is a word that was invented after Thoreau, a word that points to the relationships among living organisms and the places they live. But the idea it describes – the concept of an interactive whole, the fabric of life itself – was intuitive to him.

Some strands of Western science have divorced humans from other living things in a dualistic, anthropocentric worldview. But in Thoreau’s vision, human and more-than-human sociality were integral to a full description of ecology.

Walden Woods is often thought of as a lonely wilderness. Many interpreters of Thoreau’s work have assumed that he went there in an individualist gesture of resistance to social life.

My research suggests Walden Woods was an alternative society. The 20th-century reception of Walden, indebted as it was to cultures of white supremacy, neglected the area’s wider communities and other forms of sociality.

A focus on white histories throughout the 20th century obscured a key fact about Walden Woods: it had been a site of human society before Thoreau arrived. In the generation before Thoreau, as he recounts in Walden, a group of formerly enslaved people made their lives independently on the shores of Walden Pond, establishing a community that endured for about four decades.

Elise Lemire has written the most in-depth account, Black Walden (2009). She suggests that those people chose the site for reasons that aligned with Thoreau’s: it was at some remove from Concord society, which protected them from harassment to a certain extent, and the forest gave them good access to the natural resources they required to live independently.

One of their number, Brister Freeman, cultivated a chestnut orchard, planning to grow old in Walden Woods and live on its produce.

Such acts of independence took their significance from the unjust economies that were their contexts. Members of the Walden community built admirable lives, claiming their freedom within a culture that had stolen their labour for too long.

Economy as a moral question

As Donald Worster has shown in Nature’s Economy: A History of Ecological Ideas (1994), the concepts “economy” and “ecology” have a deeply entangled history. Before ecology had a name (the first appearance of the term was in 1866), it was sometimes called “the economy of nature”.

Thoreau’s retreat to the woods was his way of joining an alternative economy, nature’s economy, in response to the dysfunctional economic forces – including slavery – that he saw pressing down on him, his townsmen, and his nation more broadly.

He says as much in Walden. While Thoreau is well known as a committed naturalist, his most famous book begins with a very long chapter titled “Economy”. You wouldn’t know it from popular understandings of Walden, which imagine Thoreau as a crank avoiding his responsibilities, but the whole book was motivated by distress over the various ways that contemporary economies were bad for people.

It is not a surprise that readers miss this – the opening chapter is long and sometimes boring on purpose. It includes lists of costs that Stanley Cavell read as jokes, but are easy to take too seriously. One teacher I know tells students that they can just skip “Economy” for the second introduction, the less cranky and more succinct “Where I Lived, and What I Lived For”.

Why did Thoreau care about economy?

Eight years before moving to Walden Woods, Thoreau graduated from Harvard College during a devastating economic depression. The panic of 1837 was the worst financial crisis the United States had yet encountered in its short life.

The settler colonial expansion of the young nation into the west had created a real estate bubble that burst in May, and property values collapsed. Factories closed; people were cold and hungry; there were riots in the streets.

Because Thoreau ranked 19th out of 41 students graduating that year, he was a speaker at commencement in June. His assigned topic, during this financial crash, was “The Commercial Spirit of Modern Times, considered in its Influence on the Moral Character of a Nation”. As Laura Dassow Walls writes in her beautiful biography, Thoreau argued that “commerce destroys moral freedom”. He suggested that the commercial spirit sprang from “an unmanly love of wealth”.

In the eight years following his graduation, Thoreau struggled to make a living. It was this economic context, and his personal experience of work and debt, that drove him to Walden Pond. He wanted to be an author. He had a longstanding unfulfilled ambition to write a book. He built the cheapest house he could knock together, on land that wasn’t his, in order to follow his dream, despite the punishing economic conditions.

Economy as a form of ecological flourishing

Thoreau thought that his example could set other people free. It might encourage them to resist an unjust economy and follow the promptings of their own genius. He wrote Walden to show readers that a tenderer economy might be better for us.

The promptings of this 19th-century Yankee provide an opportunity to ponder whether and how our own economy could be more ecological. There are creative economists and policy makers rethinking ways to bring ecology and economy back into sync. Such an effort will be required for any liveable future on our finite Earth.

Thoreau enacted this economic reform in a small way during the two years he spent living in Walden Woods. The first year, he had a fire in a hearth, but in the second year he got a stove to save wood. He did this, he said, for economic reasons and to protect the forest he loved. “The next winter I used a small cooking-stove for economy, since I did not own the forest.”

In this, Thoreau appealed to a radically different vision of economy from the politicians who pit economy against ecology. Their “economy” usually describes a system of financial gain for people who are already wealthy. Thoreau’s “economy” was about preserving something that he did not own, something that is valuable to all of us, on behalf of all of us. This is what the climate policy of a new period in Australian politics should aim at: a holistic, equitable vision of economy and ecology.

For Thoreau, as for us, “economy” was a word with many meanings. He sought to demonstrate that the “commercial spirit” he had criticised for its moral failings at his graduation was not the only possible form of economy. True economy, according to Thoreau, would lead to ecological and social flourishing among humans, and for all beings.