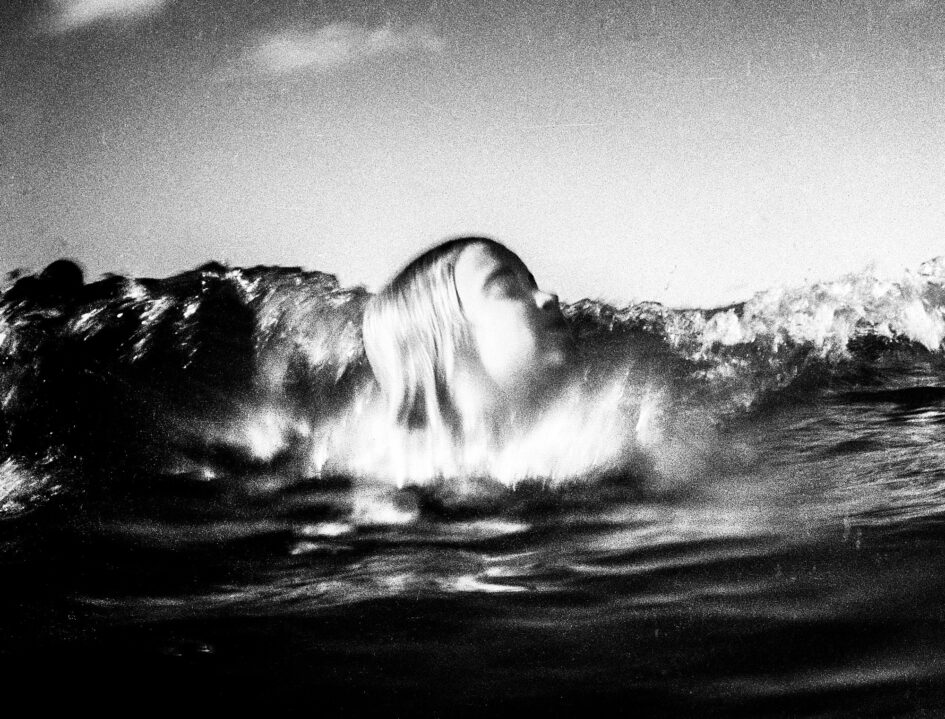 Featuring the Photography of Russell Shakespeare interspersed with Quotes from Henry David Thoreau.

Russell Shakespeare is a documentary photographer who has been covering Australian stories for more than three decades.

When not working professionally, he photographs his local neighbourhood.

Currumbin Alley is a surf break on the Gold Coast in Queensland, Australia. For the non-surfer, a break is a rock formation which encourages waves which can be surfed. The Alley is one of the more famous breaks on the Gold Coast. Waves wrap around the point and towards Currumbin creek.

“Thoreau borrowed some money and built a small hut in the woods beside a pond called Walden. He wanted to stay in the one place and let the seasons come to him. For me, at the time I started all this, I was travelling a lot for work. When I came home all I wanted to do was stop and be connected to where I lived; and I would go down to Currumbin Alley, which is my closest beach. I didn’t want to go anywhere else, looking for better light conditions or visual tableaus. It is what it is. I just wanted to sit in my own space, living in the moment, in the place I was. Which was what Walden was all about.”

“We must learn to reawaken and keep ourselves awake, not by mechanical aids, but by an infinite expectation of the dawn, which does not forsake us even in our soundest sleep. I know of no more encouraging fact than the unquestionable ability of man to elevate his life by a conscious endeavour. It is something to be able to paint a particular picture, or to carve a statue, and so to make a few objects beautiful; but it is far more glorious to carve and paint the very atmosphere and medium through which we look, which morally we can do. To affect the quality of the day, that is the highest of arts.” ― Henry David Thoreau, Walden.

“Heaven is under our feet as well as over our heads.” ― Henry David Thoreau, Walden.

“Things do not change; we change.” ― Henry David Thoreau, Walden.

“I say, beware of all enterprises that require new clothes, and not rather a new wearer of clothes.” ― Henry David Thoreau, Walden.

My father. He passed away not long after I took this photograph. This was his last swim. He loved the ocean, and loved Currumbin Alley.

“I went to the woods because I wished to live deliberately, to front only the essential facts of life, and see if I could not learn what it had to teach, and not, when I came to die, discover that I had not lived.” ― Henry David Thoreau, Walden.

“…for my greatest skill has been to want but little.” ― Henry David Thoreau, Walden.

“Every morning was a cheerful invitation to make my life of equal simplicity, and I may say innocence, with Nature herself.” ― Henry David Thoreau, Walden.

“The mass of men lead lives of quiet desperation. What is called resignation is confirmed desperation. From the desperate city you go into the desperate country, and have to console yourself with the bravery of minks and muskrats. A stereotyped but unconscious despair is concealed even under what are called the games and amusements of mankind. There is no play in them, for this comes after work. But it is a characteristic of wisdom not to do desperate things.” ― Henry David Thoreau, Walden.

“A man is rich in proportion to the number of things which he can afford to let alone.” ― Henry David Thoreau, Walden.