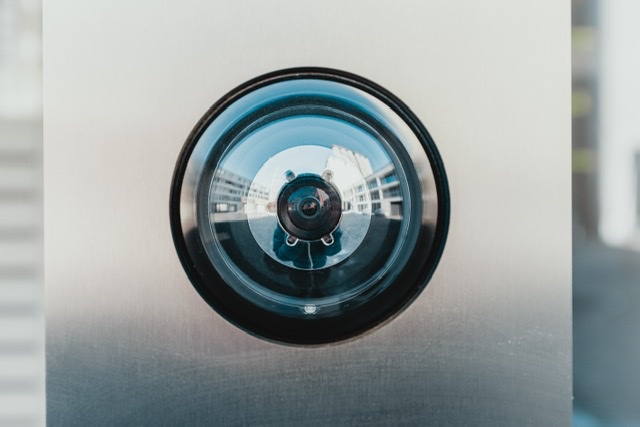 By Jack Waterford with Pearls and Irritations

One would have to go back to the 1970s to find the nation so ill-served. All the more so as politicians have politicised national security, and reverted to 1960s games of gathering and using secret information for political purposes. It would not be strictly correct to describe the agencies themselves, or their leaders, as politically compromised  — at least in a party-partisan way — but each now operates in a far from detached environment.

The ASIO of today is a fundamentally different organisation from that of 1949, 1954 (the Petrov defection) or for that matter 1983. The Cold War ended 31 years ago, before most ASIO employees were born, and the mindset of a much more technocratic organisation is not much shaped by Cold War experience or prejudices. After the fall of the Soviet Union, indeed, it had to invent some new functions to remain in business at all, and had settled mainly on politically motivated violence — aka terrorism — even before the events of September 11, 2001, which gave it new impetus, allowed it to more than double in size, and to warrant the Lubyanka- by-the-Lake in which it is presently headquartered. Modern ASIO heads speak at the National Press Club, and the organisation has a Twitter presence.

The War Against Terror saw conservative governments change the ASIO legislative charter to give it  executive powers.

This was a big mistake.

Previously it could only advise government. It now has powers of arrest, of detention of suspects for questioning, increased powers of surveillance, capacity to bug, tap and monitor computer traffic, and even to make major computer companies provide  codes so that encrypted messages could be read.

Most new resources, and some old ones, went to new functions. Many overlapped with the AFP, which itself built an empire on the war against terrorism. The AFP also, by sleight of hand, began to use the new technology and toys being used in the intelligence community in ordinary criminal investigation, if without conspicuous success.

Modern intelligence and security chiefs have higher profiles, when they want it.  But, if any question is inconvenient, they can claim secrecy. They can harass, arrest and charge any critic betraying evidence of inside knowledge, and sometimes, with an amazingly pliant judiciary, put them in jail for a secret trial. The organisations openly lobby for new powers, in the process often dismissing reasoned criticisms and making grand but contentious pronouncements about Australia’s position in the world. These are usually more opinions than the result of formal analysis, and are often beyond the brief of the agencies they represent. Like the AFP, some agencies cultivate selected journalists who are fed inside tips on raids, arrests or major announcements, and reciprocate with largely uncritical commentary. Likewise, most of the politicians on the parliamentary committee to which they are notionally accountable are entirely uncritical, sometimes for fear of being called “weak”.

Every university, it now seems, has courses on intelligence analysis, international relations and “national security studies”. A good many graduates hope to get jobs inside the system. Professors and lecturers drift in and out of the system. They are mostly unmoved about the ever increasing size of the intelligence industry, the resources it commands and the gravy train it provides for nearly everyone concerned.

Hostile leaking is deplored. Self-serving leaking is common, and if there has to be a leak inquiry, the AFP, when it can be bothered at all, takes great pains not to implicate the main leakers — ministers and their staff. Stories in The Australian — that the other side of politics (usually Labor) is weak, hopeless and irresolute on national security, and similar matters, such as defence, and the refugee invasion — show signs of hand-feeding.

It’s been going on for years.  Nearly 20 years ago, for example, Josh Frydenberg, working in Alexander Downer’s office, called his minister’s department for a  copy of a Top Secret analysis from Andrew Wilkie. Wilkie was then an analyst in the Office of National Assessments critical of the politicisation of reports on weapons of mass destruction in Iraq. That night, someone in the minister’s office leaked a copy of that Top Secret document to Andrew Bolt, the columnist, so as to discredit Wilkie. A lengthy and well-resourced investigation was unable to solve the crime. What a surprise.

That leak was at least as serious as, say, self-serving correspondence between the secretaries of Home Affairs and Defence about a Mike Pezzullo proposal to expand  the power of the Australian Signals Directorate to spy on Australians, as well as foreigners. But Mike Pezzullo has the right to ask that the leaking of anything he writes, and writes Top Secret on, be an offence, even when it is not (at the time) government policy. Much genuine AFP zeal — down to checking underwear drawers, went to trying, unavailingly, to solve the leak before the High Court stepped in.

A fairly recent re-organisation of agencies saw former ASIS Chief, Nick Warner, made Top Spook and head of the Office of National Intelligence. More money and staff were allocated. It has largely gone to extra layers of bureaucracy “liaising” between agencies. It does not appear to have actually increased the quality of intelligence reaching end-users, nor the speed of its arrival.

When material shows criminality, intelligence overreach or failure, or cover-up, or even empire building, leakers, if they can be found, are charged. The gulf — and hypocrisy — of those using secrecy to conceal abuse is the chief reason — though not the only one — why most claims of secrecy and national security overriding any other consideration, including the public interest, should be taken with a grain of salt. Never once has the system — political or bureaucratic — shown any anxiety to curb abuse or call it to account. And the existing accountability mechanisms are not adequate to the task.

Over recent years, most agencies seem to be seeking to expand their roles, and concentrate less on their original functions. ASD, for example, exists primarily to suck up the electronic communications of other countries. But it keeps wanting to expand its role into cyber-attack, cyber-defence, the monitoring of Australians by people the Home Affairs minister does not like, and finding paedophiles and other ordinary criminals. The expertise for these latter functions may be similar to the core task, but the mind-set and calibre of person required is different. This corrupts and compromises both functions.

Home Affairs used the pretext of wanting to set up warning systems about refugee and drug importations, to seek to become not only an intelligence “collector”, like ASIO, ASIS or ASD, but also an intelligence analyst, and big player when the big boys gather to decide what all of the confusing noise means, if anything.

This piece was originally published in Australia’s leading public policy journal Pearls and Irritations and is reproduced here with their kind permission.