Reducing The Threat of Terrorism on a Global and Local Level 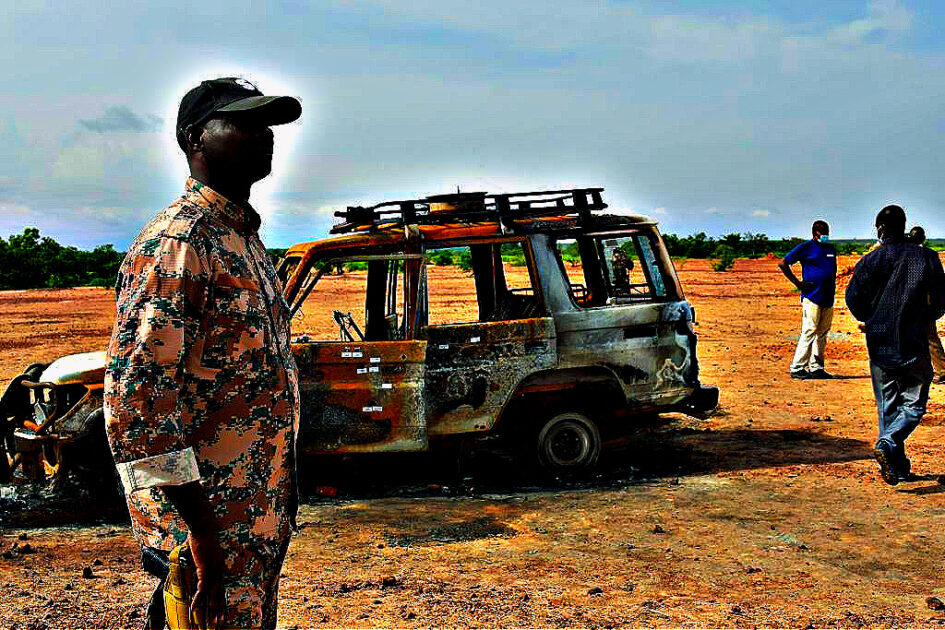 The Australian Strategic Policy Institute’s Counterterrorism Yearbook 2021, to be published at the end of the month, provides a comprehensive picture of the global terrorism landscape, emerging themes and recommended policy responses for governments and communities.

Covid-19 has had an impact on global terrorism, but pervasive online social media platforms have played a more significant role, increasing terrorists’ ability to radicalise and incite individuals to commit terrorist acts and encouraging financial support to terrorist groups.

An overview of current trends and the terrorism landscape identified in the 8th Global Terrorism Index (GTI), produced by Australia’s Institute for Economics and Peace, notes a 50% decrease in terrorism-related deaths in the past five years, from more than 33,000 in 2014 to fewer than 14,000 in 2019.

While the impact of radical jihadist terrorism has subsided in the West (though there’s now a regional concentration of Islamic State–supported activities in South Asia and sub-Saharan Africa), there’s been a rise in politically motivated terrorism, from 13 deaths in 2014 to 90 deaths in 2019 including 51 people slain in Christchurch in March 2019. The sharp increase in far-right terrorism in the West is concurrent with the rise of strong nationalism, civil unrest and political violence more generally.

In the yearbook, Ramón Spaaij and Christopher Winter provide an overview of lone-actor attacks and dispel the notion that ‘lone actors are truly alone and operate in a social vacuum’. They find that lone actors are usually active in online communities and signal their intent before carrying out their attacks.

Anne Aly outlines the intersection of cybercrime with online radicalisation and calls for a comprehensive approach incorporating online prevention and early intervention strategies.

Conspiracy theorists abound on the internet, and many have used the pandemic, the installation of 5G mobile towers and the Black Lives Matter protests, or the US election process, as a catalyst for violent protest or terrorist actions in 2020 and into 2021. Elise Thomas examines this in greater detail, assessing the rapid transition of the ‘Boogaloo Bois’ from online memes into extremist violence.

Online extremist and fringe groups are gaining more prominence and credence in the real world and are difficult to counter. While several global social media companies have attempted to reduce the exposure and reach of extremist narratives on their platforms, there are limitations. As the live-streaming of the Christchurch attacks in 2019 demonstrates, a recording can be disseminated so widely and rapidly that it’s impossible to eradicate. The online spread of propaganda continues to encourage lone actors to commit terrorist acts.

Terrorists’ tactics and the impact of emerging technologies are explored, with a clear acknowledgement that terrorist groups have always embraced new technologies. Levi West delves into the history of terrorists’ exploitation of technologies, from powerful weapons and extreme tactics to ‘low-capability tactics such as stabbings and vehicle ramming’.

New technologies, such as unmanned aerial platforms, 3D printing, artificial intelligence or deep fakes and—of extreme concern—biological agents, can all be exploited by terrorists. The regulation and potential negative impact of new technologies must be constantly and quickly analysed by governments to remain ahead of developments. That hasn’t traditionally been the case; legislation and capability investment to counter emerging threats has often lagged, causing gaps in efforts to prevent or counter terrorist actions.

Joshua Sinai provides a chronology of the use of hoax devices by terrorists from the turn of the century to 2020, noting that their impact was as significant as the use of real weapons.

Levi West notes that the ‘exploitation of communications technology has been, and will continue to be, an essential requirement for terrorism to achieve effect’. While online environments have allowed for the acceleration and growth of extremist rhetoric and incitement to violence, Covid-19 has had a compounding effect. Peta Lowe finds this particularly concerning for young people, who are digital natives and have spent a lot of time online during lockdowns.

Several authors highlight terrorist groups’ attempts to use the pandemic to legitimise their activities, spread propaganda and gain community support by providing charity to vulnerable groups. Jeremy Douglas and Niki Esse de Lang show that Jemaah Islamiyah provided family support, healthcare and welfare to Indonesians following the 2004 Boxing Day tsunami and the 2006 Yogyakarta earthquake. Recently, the group installed 13,000 charity boxes at marketplaces across Indonesia and has used the pandemic to raise funds for its terrorist activities. Alexandra Phelan shows that terrorist groups in Brazil and Colombia have used the Covid-19 crisis to enhance their own power and legitimacy and provide local support where states have failed to respond effectively.

Lydia Khalil examines the impact of natural disasters on violent extremism, describing how a study of 167 countries over 30 years from 1970 found that an increase in deaths from natural disasters resulted in an increase in terrorism-related deaths and attacks in the following two years. The researchers suggested that the turmoil exacerbated vulnerabilities that terrorists then exploited. Khalil also points to research showing that the portrayal of government responses to natural disasters affects subsequent terrorism activities because poor emergency management, or the perception of it, can exacerbate existing grievances and manifest as terrorism or violent extremism.

The yearbook contains a new theme focused on the global challenges of countering terrorism financing and the nexus between terrorism and organised crime. The GTI estimated that the economic impact of terrorism was as high as US$104 billion in 2014, declining to US$26.4 billion in 2019. This is the fifth consecutive year that it has declined, and the authors assert that the improvement has been driven largely by the declining terrorism in Iraq, Nigeria, Pakistan and Syria.

Gordon Hook explores global efforts to reduce terrorist financing through the Financial Action Task Force. Fundraising by terrorist groups has grown to range from small remittances by supporters to large-scale sales of oil and gas, investment in real estate and offshore tax havens, and sales of counterfeit medical drugs during the pandemic. While a reduction in the estimated economic impact of terrorism financing is encouraging, the task force reports that there are fundamental gaps in legal frameworks and compliance endeavours globally, leading to very few convictions for terror financing offences.

Sylvia Laksmi assesses the opportunities for greater global collaboration to diminish terrorist money flows in her review of the counter-terrorism-financing partnership between Indonesia and Australia. She highlights the abuse of funds donated to charities, the risks associated with new digital currency platforms and the requirement for appropriate mechanisms to be implemented to verify the digital identities of customers.

John Coyne, Daria Impiombato and Alexandra Phelan analyse the role of organised crime activities, including drug distribution, in funding terrorism. The 2018 edition of the GTI found in a study of 13 countries that more than 45% of terrorist recruits had criminal backgrounds. The largest sample was of 778 IS fighters from Germany of whom 66% had prior criminal convictions, while 64% of 319 foreign fighters and ‘would be’ foreign fighters from the Netherlands had criminal backgrounds. Analysis of their motivation allows policymakers and investigators to consider methods to target their activities.

In Australia, the facilitation of terrorism and organised-crime funding, through real estate, offshore tax havens and other money-laundering activities, should be addressed through long-proposed anti-money-laundering and counter-terrorism-financing legislation focused on estate agents, lawyers and accountants. Recent legislative amendments in Australia didn’t address this significant gap. Phelan says governments are responsible for economic regulation and protection, and should limit the ability of individuals and terrorist groups to launder money, legitimise their criminal financing activities or move funds to tax havens.

Michele Grossman finds that resilience to terrorism evolves as communities experience and recover from crises and disasters. She stresses that resilience is a social process involving health, education, cultural, legal, economic and environmental strategies, complemented by interventions focused on an individual or group. Likewise, counterterrorism practitioners in New South Wales, Victoria and the Australian Federal Police highlight the importance of well-coordinated strategies as well as alliances between social science researchers, non-government organisations, governments and law enforcement and intelligence agencies to inform evidence-based decision-making on the intent, motivation and ideological drivers to violent extremism. The yearbook includes contributions on this from Pia van de Zandt, Aftab Malik and Madeleine Coorey; Ross Guenther and Debra Smith; Peta Lowe; and Sandra Booth and Natalie Davis.

Boaz Ganor examines lessons from Israel’s focus on counterterrorism over many decades and the key role of the counterterrorism coordinator, who reports directly to the prime minister and provides an effective mechanism for constant enhancement of strategies.

Maintaining and regularly reviewing Australia’s counterterrorism strategy and coordination framework, led by an independent and properly supported national security adviser, is crucial to ensuring that coordination and capability development are continuously assessed and enhanced across state and territory boundaries.

This coordination is increasingly important as terror risks in Australia expand. Multiple terrorism offenders are scheduled for release from prison over the next five years, and right-wing extremists are becoming increasingly organised and sophisticated. Our authors agree that the key to effective strategy implementation is to build trust and transparency in processes and decision-making, and to engage individuals and communities in design and delivery.

The yearbook provides governments and counterterrorism practitioners with analysis of current and emerging challenges and offers key policy recommendations. Emerging technologies need to be monitored for their potential use by terrorists. Technologies and methods for the funding of terrorist groups also need constant monitoring and agile regulatory responses.

The findings of New Zealand’s royal commission into the Christchurch attack also provide a strong framework for governments throughout the world to consider when developing counterterrorism strategies. While the commission recommended some tactical legislative changes, for example in firearms and hate crimes regulation, it emphasised a strong focus on leadership and building community cohesion, as well as embracing diversity.

Covid-19 has resulted in significant funding for important health and economic responses. While that funding may concurrently support strategies for preventing and countering violent extremism, addressing broader radicalisation factors such as socioeconomic inequality must remain a focus. Work to prevent and counter violent extremism must be further supported to develop it into a whole-of-system approach encompassing all actors involved in the prevention of terrorism, including governments, communities and businesses. Effective governance, credible institutions, the rule of law and trust in government and its systems are crucial for combating the activities of terrorists and delegitimising their actions in the eyes of the community.

Leanne Close was the head of ASPI’s counterterrorism program until January 2021 and oversaw the production of ASPI’s Counterterrorism yearbook 2021. She is currently the coordinator of the BizRebuild program at the Business Council of Australia. Image: Boureima Hama/AFP/Getty Images.