Lumbini: Buddha’s Birthplace: The Best of 2020. 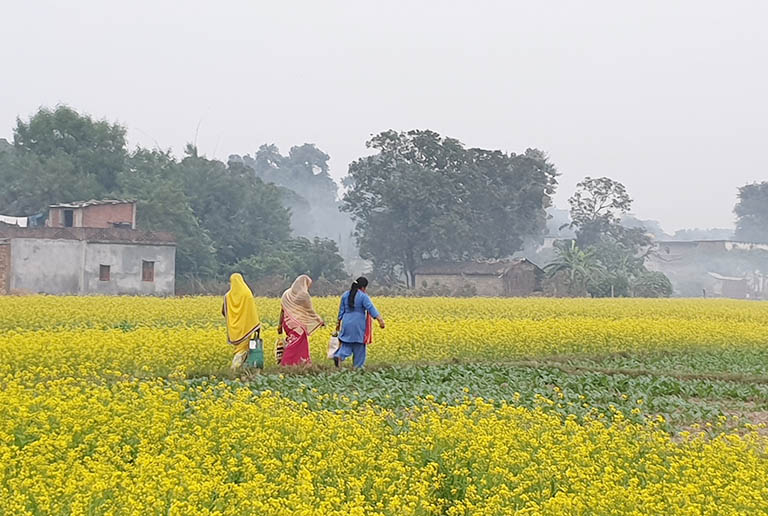 “You must heal yourself, no one else can, no one else should,” reads one of the placards posted around Buddha’s birthplace, Lumbini in Nepal, where he had spent several months not so long before.

Of all the sayings of the Buddha, that one meant the most to him.

In a place where the electricity only worked for two hours a day, where the surrounding villages were entirely pre-industrial, and where the local shops could not change the equivalent of a five dollar note, he found a kind of peace after the terrors of Bangkok, the haunting menace of the Russian and Thai mafia bar owners he had so unwisely written about.

Some things in life cannot be repaired or revisited; and one thing was for certain, he would never again write about the bars of Bangkok.

At the time Buddha’s Birthplace felt like the only safe refuge on Earth.

“You die for sure,” was the most common threat he heard in Thailand, The Land of Hungry Ghosts.

Everything crashed; fire streaks across battle-scarred ground; the place from whence we would never be the same again, the City of Black-Eyed Angels.

It began, that terrible pursuit, in the fetid heat of Bangkok. He learnt, all too well, the meaning of the Thai word “tahm peet”: mistake.

A time which should have been one of peace and joy post-retirement became entirely haunted.

He had loved the chaos of the Bangkok streets, the intricacies of the culture, the beauty of the music, even the choking traffic.

His favourite lines on the city once known as the Venice of the East came from Thai author S.P. Somtow’s short story “The Last Time I Died in Venice”:

He beckoned to me in the dying sun.

Venice? What a joke.

The Venice of the East. Some antediluvian travel brochures still call it that, but most of the canals were filled in before I was born, and now a skein of highways and overpasses covers the city like a threadworn yarmulke. Instead of the vaporetto, there’s fleets of neon-colored taxis; if you fancy a gondola, hop on the back of a brimstone-belching motorcycle taxi and weave like a maniac through harrowing streets. Here you don’t sit sipping a cappuccino on the Lido, gazing at the hazy sea, but instead, sit nursing that self-same cappuccino, perched on the eighth floor of an endless shopping mall, staring, glazed, at the consuming throng.

But even then other visions kept breaking through in recurring dreams: flying over the infinite, an ocean inky black, the black beyond dark matter and oil spills, the only light the faintest sliver of a moon in a starless sky. This was the dream that kept recurring and he didn’t know why — black on black, uncanny, beautiful in all its inexplicable mystery and power, the vast sea, a distant shore, a profound absence.

It was the empty shells of high rise buildings next to the freeways that most clearly exemplified the Bangkok of his imagination: full of an evocative sense of something that had already passed, of the mystery of lives carried out in crowded places, lithe forms, the sunny smile of a pretty girl, the companionship of men, of a history never written.

He admired their crumbling forms in the cool of the pink air-conditioned taxis of the present, a master of the universe, able to afford a taxi fare in one of the world’s most quixotic cities, the decay of those abandoned buildings a perfect rejoinder to the soaring condominiums in the middle distance; and the skyscrapers spiking the horizon.

Until everything turned bad, he had been perfectly at home in that most charlatan of cities. Tahm Peet. Mistake.

Everyone made mistakes, particularly there. He had been mad, mad with it, the stupid regret.

In the years to come, sometimes the images of that broken, magnificent city still swirled through him as he listened to the endless, targeted derision of the Watchers on the Watch — the PsyOp morons from the “intelligence” agencies.

Back in Lumbini, on Nepal’s magnificent Terai, life was about simplicity. He listened and watched elaborate Buddhist ceremonies – all of which, so profoundly, were swept away at their completion, moments of time an exquisite, infinite beauty gone in a transitory instant.

He lived on the traditional Nepalese dish of rice and vegetables known as Dal Bhat, consumed once a day, and came to love the local saying which went: “Dal Bhat power, 24 hour.”

In a vendetta beyond imagining, his mafia pursuers followed him even there; but could not strike, not on hallowed ground. Contract, contract, assassinate, assassinate. As cruel, callow, vengeful and prideful of their own power as they could be, even gangsters and their corrupt government cohorts were superstitious.

As was his wont, he went to Lumbini on a whim, and was rather surprised to discover it was not a pilgrim-infested village high in the mountains, its paths lined with sadhus and devotees, as he had imagined from past trips through the Himalayas, but was located on the flat plains near the Indian border, that impossibly beautiful area known as the Terai.

These were the same plains which stretched across the subcontinent to the Arabian Sea and the Bay of Bengal.

Each day he would explore the area known as Buddha Park, a multi-country project akin to the great cathedrals of Europe. It would take centuries and generations to complete, but was magnificent already.

He would walk through the enclosed UNESCO World Heritage site covering the centuries of accreted temples built on the reported site of Buddha’s birth; would explore the gardens, say a prayer at the local temple, and walk, always walk.

He spent much of his days with the local rickshaw drivers, who, he slowly discovered, were mostly Maoists who had fought in recent uprisings. Many of the large houses of the bourgeoisie dotted across the plains were in ruins. They were friendly, kind, invited him to their homes. The Nepalese are a fundamentally traditional people; if one of the rickshaw drivers had less than seven children they would be ribbed for being a poor husband.

These same men could mobilise in an instant; had their own gendarmes and generals, were essentially a hidden army.

Buddha might have ascended, but some of his disciples were still there, or so it felt. The local people had been worshipping in the same area across a two and a half thousand year span, and the spirits of that place had heard their daily woes, their sicknesses, gratitude for the blessings of their children or grief over unfortunate deaths, trepidation or delight at coming marriages or unfortunate loves, their wishes for good luck or success in their school exams, a longing for peace within their own souls, even for enlightenment; there amidst the pre-industrial villages and the swarms of children playing beneath the ancient mango trees.

“You’re an interesting case,” one of them said to Alex one day, laughing, these spirits of place were always laughing. “Different.”

“You knew the Buddha?” he asked. “Yes. I was one of his disciples.” “Where is he now?” “He doesn’t exist as a singular personality anymore. He’s in the heavens. We’re still here. We like it here.”

Just as he did, he liked it here, this astonishing Earth. “The world is so beautiful,” Buddha is alleged to have said on his deathbed. It felt, at least for a time, as if one of Buddha’s disciples, recognising that he needed help, came with him after he left, returning first to Bangkok and then to the mysterious southern land of his birth.

Although he had obviously heard about it all from the tourists, the disciple, who had been on the flat plains of the Terai for more than two and a half thousand years, was astonished, most of all, by air travel, as together they looked down upon the clouds.

“How is this possible? It’s so beautiful.”

This is an extract from Hideout in the Apocalypse by veteran Australian journalist John Stapleton.

A Sense of Place Magazine, birthplace of the buddha, Buddha birthplace, Hideout in the Apocalypse, John Stapleton, lumbini, the terai