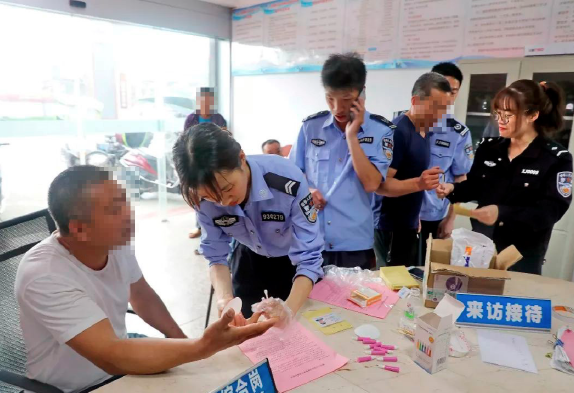 The Chinese Government is building the world’s largest police-run DNA database in close cooperation with key industry partners across the globe. Yet, unlike the managers of other forensic databases, Chinese authorities are deliberately enrolling tens of millions of people who have no history of serious criminal activity.

Those individuals (including preschool-age children) have no control over how their samples are collected, stored and used. Nor do they have a clear understanding of the potential implications of DNA collection for them and their extended families.

Earlier Chinese Government DNA collection campaigns focused on Tibet and Xinjiang, but, beginning in late 2017, the Ministry of Public Security expanded the dragnet across China, targeting millions of men and boys with the aim to ‘comprehensively improve public security organs’ ability to solve cases, and manage and control society’.

This program of mass DNA data collection violates Chinese domestic law and global human rights norms. And, when combined with other surveillance tools, it will increase the power of the Chinese state and further enable domestic repression in the name of stability maintenance and social control.

Numerous biotechnology companies are assisting the Chinese police in building this database and may find themselves complicit in these violations. They include multinational companies such as US-based Thermo Fisher Scientific and major Chinese companies like AGCU Scientific and Microread Genetics.

All these companies have an ethical responsibility to ensure that their products and processes don’t violate the fundamental human rights and civil liberties of Chinese citizens.

The forensic use of DNA has the potential to solve crimes and save lives; yet it can also be misused and reinforce discriminatory law enforcement and authoritarian political control.

The Chinese Government and police must end the compulsory collection of biological samples from individuals without records of serious criminal wrongdoing, destroy all samples already collected, and remove all DNA profiles not related to casework from police databases. China must enact stringent restrictions on the collection, storage, use and transfer of human genomic data.

National and international legal experts have condemned previous efforts to enrol innocent civilians and children in forensic DNA databases, and the UN Special Rapporteur on the right to privacy should investigate the Chinese Government’s current collection program for any violations of international law and norms.

Foreign governments must strengthen export controls on biotechnology and related intellectual property and research data that’s sold to or shared with the Chinese Government and its domestic public and private partners. Chinese and multinational companies should conduct due diligence and independent audits to ensure that their forensic DNA products and processes are not being used in ways that violate the human and civil rights of Chinese citizens.

Forensic DNA analysis has been a part of criminal investigations for more than three decades. Dozens of countries have searchable DNA databases that allow police to compare biological samples found during forensic investigations with profiles stored in those databases. China is no exception.

In 2003, China’s Ministry of Public Security began building its own forensic DNA database.3 Like other such databases, it contains samples taken from criminal offenders and suspects. However, since 2013, Chinese authorities have collected DNA samples from entire ethnic minority communities and ordinary citizens outside any criminal investigations and without proper informed consent. The Chinese Government’s genomic dataset likely contains more than 100 million profiles and possibly as many as 140 million, making it the world’s largest DNA database, and it continues to grow (see Appendix 3).

This ASPI report provides the first comprehensive analysis of the Chinese Government’s forensic DNA database and the close collaboration between Chinese and multinational companies and the Chinese police in the database’s construction. It draws on more than 700 open-source documents, including government bid tenders and procurement orders, public security bureaus’ Weibo and Weixin (WeChat) posts, domestic news coverage, social media posts, and corporate documents and promotional material (see Appendix 1). This report provides new evidence of how Xinjiang’s well-documented biosurveillance program is being rolled out across China, further deepening the Chinese Government’s control over society while violating the human and civil liberties of millions of the country’s citizens.

The indiscriminate collection of biometric data in China was first reported by Human Rights Watch.

In 2016, a similar program was launched in Xinjiang, where data from nearly all of the region’s 23 million residents was collected.

In those minority regions, DNA collection was only one element of an ongoing multimodal biometric surveillance regime, which also includes high-definition photos, voiceprints, fingerprints and iris scans, which are then linked to personal files in police databases. In both Xinjiang and Tibet, authorities intentionally concealed the reasons for biometric collection. When that data was combined with an extensive system of security cameras and intrusive monitoring of local families, the Chinese Government was able to extend its control over these already tightly monitored communities.

Such programs, however, were only the beginning. Starting in late 2017, Chinese police expanded mass DNA data collection to the rest of the country. Yet in contrast to the wholesale approach adopted in Tibet and Xinjiang, authorities are using a more cost-efficient but equally powerful method: the collection of DNA samples from selected male citizens. This targeted approach gathers Y-STR data—the ‘short tandem repeat’ or unique DNA sequences that occur on the male (Y) chromosome.

When these samples are linked to multigenerational family trees created by the police, they have the potential to link any DNA sample from an unknown male back to a specific family and even to an individual man.

In this report, we document hundreds of police-led DNA data-collection sorties in 22 of China’s 31 administrative regions (excluding Hong Kong and Macau) and across more than a hundred municipalities between late 2017 and April 2020. Evidence suggests that, in some locations, blood collection has occurred in preschools (Figure 2) and even continued during the Covid-19 pandemic.

Figure 2: One of more than 1,500 blood samples collected from kindergarten and elementary school students in Xiabaishi Township, Fujian Province, June 2019

The scale and nature of this program are astounding. We estimate that, since late 2017, authorities across China have sought to collect DNA samples from 5–10% of the country’s male population, or roughly 35–70 million people (Figure 3, and see Appendix 3). These ordinary citizens are powerless to refuse DNA collection and have no say over how their personal genomic data is used. The mass and compulsory collection of DNA from people outside criminal investigations violates Chinese domestic law and international norms governing the collection, use and storage of human genetic data.

The corporate world is profiting handsomely from this new surveillance program. Leading Chinese and multinational companies are providing the Chinese police with the equipment and intellectual property needed to collect, store and analyse the Y-STR samples. Key participants include Thermo Fisher Scientific, which is a US-headquartered biomedical and bioinformatics company, and dozens of Chinese companies, including AGCU Scientific, Forensic Genomics International, Microread Genetics and Highershine (see Appendix 4). Under China’s 2019 Regulations on Human Genetic Resource Management, if these companies partner with public security bureaus to develop new forensic products, any results and patents must be shared with the police. The continued sale of DNA profiling products and processes to China’s public security bureaus is inconsistent with claims that these companies have made to improve the quality of life and wellbeing of the communities they serve.

This is an extract from the report Genomic Surveillance by the Australian Strategic Policy Institute. The full report can be found here.