A Silver Bullet Cure for the Australian Government’s Excess Spending 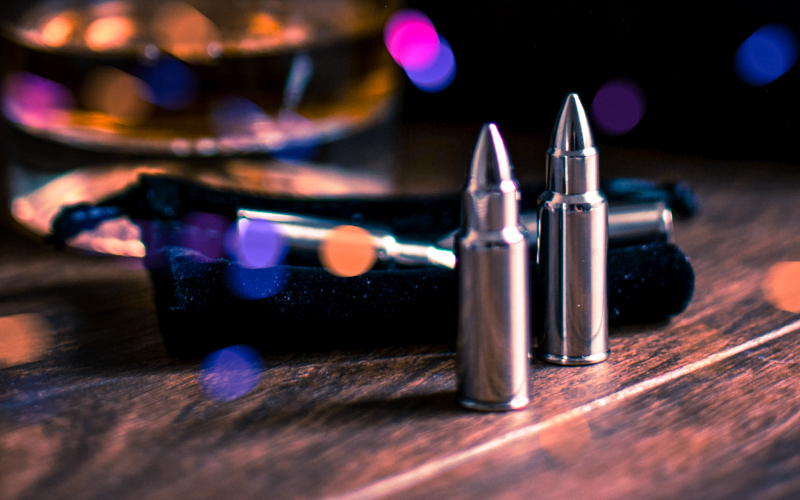 If it’s good enough for tennis stars and entertainers, it’s good enough for multinational tax avoiders and consultants. Michael West addresses the Senate Inquiry into Finance and Public Administration. This is an edited version of the opening statement to the Committee which oversees public accountability in which he calls for measures to protect Australian taxpayers from reckless spending and opaque disclosure.

This Committee has the power to set in train simple yet powerful reforms which will save taxpayers billions of dollars and improve the efficiency of Australia’s system of government contracts.

We, that is my contacts in accounting and tax law at Michael West Media, have some recommendations which include what we believe may be a “silver bullet” to address the challenge of Australian taxpayers’ money being funnelled into tax havens by multinational corporations and partnerships which themselves pay little or no income tax in this country.

We have long recorded here abuses of taxpayers’ money, such as money from large Defence contracts going into tax havens associated with a controversial Russian military tycoon (Malta, Seychelles and Marshall Islands in this case).

Then there are the likes of multinational tax avoider, Oracle, which reaps billions from taxpayers, paying zero income tax and, in this instance, has breached the Corporations Act no less than 42 times.

I believe the Committee is privy to many other examples and the need for transparency in our submission and in further links to this story below. There is a problem. The abuses of disclosure and tax avoidance by contractors are widespread.

If Government procurement is to become efficient, transparency measures are absolutely vital. Transparency reform is at the heart of the billions of dollars in extra revenue which have flowed to the ATO since the Senate Inquiry into corporate tax avoidance in 2015.

Our recommendations to the Committee are:

1. transparency measures which include winning tenderers listing their related party entities and contracting entities (the money trail),
2. reasonable financial reporting standards which include providing ASIC with General Purpose rather than inadequate Special Purpose financial statements,
3. a ban on political party donations for those who tender for government work,
4. state disclosures tightened,
5. the Silver Bullet: a withholding tax on successful tenderers to ensure compliance.

To this last point first. The design of such a scheme for withholding tax is here and has been provided to the Committee. Australia’s international sportspeople and our artists and many others are subject to withholding tax. If they earn prize-money here for, say, a tennis tournament, a portion of that income is withheld.

We submit that government contractors should also be subject to a withholding tax at say 15%.

In this way, it would be incumbent upon the contractor to properly submit their tax returns, like everybody else, and then claim against their tax withheld depending on profit. Existing tax laws would apply to these determinations.

For the Revenue, the Australian Tax Office, this would mean it would be saved from having to choose who to drag through the courts to enforce compliance with the tax laws. Rather, the taxpayer would have to take the ATO to court if it were not satisfied.

I note that Senator Rex Patrick, whose work on tax avoiders has been very robust, is espousing transparency measures for those who do Government work, particularly compelling them to disclose their tax haven connections.

Such measures are commendable but perhaps easy to game. An Oracle for instance might easily lump the relevant authority with a list of 200 global entities. Narrowing this reporting requirement to the “money trail” from the contract would be a logical measure.

In this way, the tenderer would be required to disclose those entities concerned in the delivery and provision of services in relation to the contract. This would encompass both related parties and external service providers.

On definitions, the Committee could deploy existing statutory schemes whose definitions of related parties are already established such as those of the Broadcasting & Television Act. The disclosure regime would also include a value test (size of contract) and appropriate corporate details (as per ASIC extracts) such as business names, addresses, place of incorporation, place of business and so forth.

The overarching intent of the legislation would be to include any relevant entities either directly or indirectly providing any goods or services for the benefit of the contract obligations assumed by the disclosing entity (whether or not it is a related party of that entity).

A decent accounting framework and enforcement

As submitted by my colleague the accounting academic Jeffrey Knapp to the Inquiry into Audit, a good deal of global companies operating in Australia lodge faulty and inadequate financial statements. This is a problem for regulators but has gone without redress for many years.

Successful tenderers for Commonwealth Government work, indeed any tenderers, ought to publish General Purpose financial statements. Inevitably, the arguments against these and other integrity measures will elicit a cry of “Red Tape” from the big business lobby.

Unlike small businesses however, large corporations have large compliance divisions to deal with regulatory requirements. We often see PDF documents, sometimes partly illegible, filed with ASIC via fax. For multibillion dollar companies this is clearly inadequate.

The benefit of this reasonable disclosure measure to enforce General Purpose reporting is that related party transactions and other useful information is made public, things which usually do not appear in Special Purpose reports.

Knapp and I have identified and published the names of dozens of multinationals which have lapsed from General Purpose to Special Purpose reporting without providing any reason. Less disclosure, lower accountability, no explanation. Demonstrably, audit and financial reporting standards have fallen in Australia and it would take little more than a Class Order from ASIC to address this.

Government procurement and tendering is marred by the perception of mates-deals; that is, many of the successful tenderers – the Big Four consulting firms for instance – are also political party donors.

There is an integrity challenge here which undermines good governance; that the Big Four won $700 million in contracts for consulting and other services last year after making millions in donations to political parties is not only a bad look, it presents an unnecessary conflict of interest. Donations from those who tender for taxpayer funds should be banned.

The Federal Government’s Austender register has its issues but it is far superior to even the best of the State disclosure regimes, some of which are non-existent. This leaves the opportunity for contracts to be handed out by the states which entail significant conflicts of interest. State taxpayers too deserve better.