‘Where have all you Australians gone?’ Australia’s shrinking role in Cultural Diplomacy 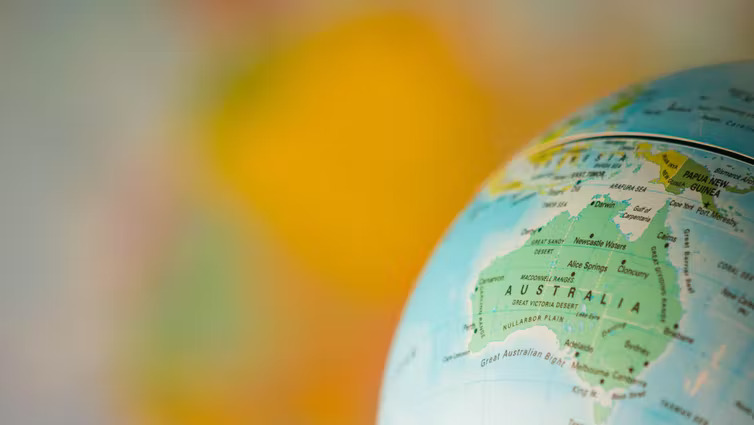 Alison Carroll, The University of Melbourne.

Almost all governments today support some funding towards promoting their international political and economic agendas through cultural activities overseas: commonly referred to as part of “cultural diplomacy” or “soft power”.

Cultural diplomacy is not new. Julius Caesar brought gladiatorial performance to Britain, not so subtly suggesting Rome’s power. James Cook presented gifts to the Pacific island chiefs – albeit insubstantial ones in return for the highly prized objects he received, now in European collections.

The British Council was established in 1934 to stem the force of Soviet cultural diplomatic success. The Japan Foundation was founded in 1972 to create a more sophisticated view of a Japan emerging from the second world war.

Australia’s efforts have always been paltry.

We have never had an international cultural agency, and the Federal government avenues we do have for supporting international artistic projects, the Department for Foreign Affairs and Trade (DFAT) and the Australia Council, have shrinking funds.

In the 2000s, I was a member of DFAT’s Australia Indonesia Institute. Our small fund supported almost all the official cultural engagement between the two countries, and even it decreased before our eyes. It didn’t surprise me when leading curator Jim Supangkat asked me in Jakarta: “Where have all you Australians gone?”

In 2021/22, in admittedly difficult COVID times, just one cultural project – the Ubud Writers Festival – was funded through the Australia Indonesia Institute’s tiny A$450,000 allocation for all people-to-people projects between us and our so-important neighbour.

It does not help that the Australia Indonesia Institute, like most of the DFAT bilateral agencies with these precious country colleagues, now has no specialist arts person on its board.

Most Commonwealth government funding and capacity in the area is allocated to individual applicants by the federal arts agency, the Australia Council.

The application forms for funding from DFAT, bilateral agencies like the Indonesia Institute, and the Australia Council are particularly onerous, as is the ensuing reporting of how funds are spent. There are smarter ways all round.

The diminishing role of Australia’s cultural diplomacy has been known for a long time, but there has been a change recently of senior arts and diplomatic figures speaking out.

Former Ambassador to China, Geoff Raby writes in his 2020 book on our general relations with China that:

over the last two decades, Australia has been seen to be regionally inactive. [To change that] active engagement with China in cultural diplomacy should be another essential element of Australia’s statecraft.

In 2018, John McCarthy, former Ambassador to Indonesia (and other places) wrote public diplomacy has “always been the poor relation in Australian foreign policy implementation”:

Canada spends more on public diplomacy than Australia spends on the whole of its foreign service. Excluding public broadcasting, France spends an estimated A$1.9 billion, Germany A$1.6 billion, the UK A$350 million, and the Netherlands A$100 million. Australia spends A$12 million, of which, in most years, our Indonesia program will receive about A$1 million.

Cultural diplomacy comes under the umbrella of the broader public diplomacy described by McCarthy.

The Australia Council’s International Engagement Strategy has had an annual budget over the last five years averaging $2.7 million, while DFAT’s Australian Cultural Diplomacy Grants program currently has an allocation of $400,000. There are other programs here and there that loosely come under the cultural diplomacy tag, so let us average up this figure to around $5 million.

On these figures, they spend A$4-5 per capita on cultural engagement and diplomacy, and we spend 20 cents.

Another calculation is through activities. The Arts and Cultural Program described in the Japan Foundation’s recent annual report counts audiences of over five million attendances for 2,300 events it has “organised or supported”.

We are nowhere in that ballpark.

‘How to win friends’

As Jo Caust writes in her recent paper, “support for the arts is not primarily a question of economics. It is a question of values.”

Assessment of the importance of international activities is a bigger issue than straight numbers.

The appreciation of the British Council merited debate recently in the House of Commons, concluding the program provided the United Kingdom with

an object lesson in how to win friends and influence people. […] We intend to continue to ensure that global Britain is a world leader for soft power.

There is an argument Australia needs cultural diplomacy more than others.

We carry the stain of our settler founding, increasingly clearly articulated. The racist White Australia Policy rescinded relatively recently (in 1966) is well known by our neighbours. Our position in the region has always been debatable, something sensed by our neighbours as much as known. Are we in “in” or “out” of Asia? To many, we have a confused cultural identity: one that needs all the help it can get.

We can look to the German and Japanese examples, equally recognising their need to be proactive in their international imaging after events of the last 100 years. They have created serious, professional, cultural diplomatic agendas.

Australia’s cultural diplomacy should be done better, more effectively and with more confidence. The best way forward is to give the running to a central, nuanced, specialist body well equipped to tackle it.

We’d all be better served.