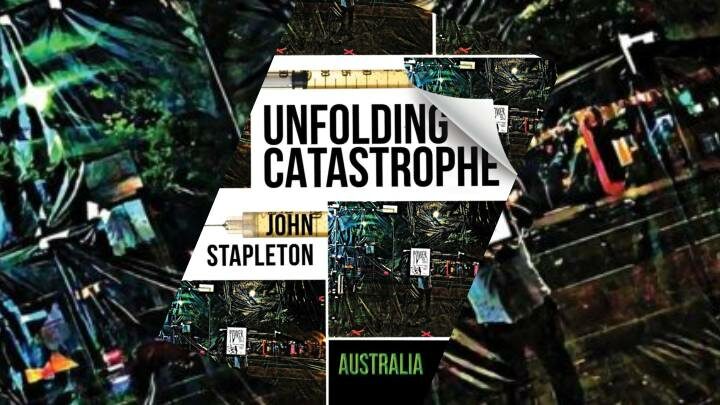 Australia’s social progressives are exultant over the success of a record number of women and climate change activists in the May election which saw the conservatives thrashed.

These are the same social progressives who raised not one word of protest, indeed cheered on the authoritarian derangement which began in Australia in March of 2020.

Women were arrested in their own homes, wrestled to the ground by police, pepper sprayed, issued with punitively high fines, imprisoned for weeks, as in the case of Monica Smit from Reignite Democracy, and saw their businesses destroyed by the world’s most extreme lockdowns and over-the-top regulation. Thousands of nurses, health care workers, police, teachers and hospitality workers have been sacked for refusing to get “the jab”, leading to dramatic staff shortages across the country.

Not a word of concern from Australia’s wealthy progressives, who, as they grin with delight at the well-deserved demise of conservatives, continue their hypocritical stances, pushing the same agendas as world’s Davos billionaires, that is, vaccines and climate change.

Here is an extract from the book Unfolding Catastrophe: Australia by veteran journalist John Stapleton.

EVERY LIE has a trigger point when it unravels.

In Australia, it was the handcuffing and arrest of a pregnant woman in front of her two children because she had dared to put up a Facebook post in support of lockdown protests.

The confronting footage of a woman in her pyjamas facing masked police officers was viewed many million times around the world and featured in numerous international news bulletins.

Regional Victoria was under Stage 3 restrictions, which included stay-at-home orders and a ban on gatherings.

The footage was filmed by her partner, who refused to surrender his phone to police.

What made the incident so extraordinary was the very ordinariness of the people involved.

Australia was already unrecognisable. “Excuse me, what on earth?” she asks the officers.

Ballarat resident Zoe Buhler was arrested and charged under Section 321G of the state’s Crimes Act 1958, which made it an offence for a person to “pursue a course of conduct which will involve the commission of an offence”.

Leading experts in Australia and around the world were already condemning the transformation of societies and the naked grab for power by governments under the cover of COVID-19, strongly arguing that lockdowns did far more harm than good. There was a great deal of intellectual clout behind the anti-lockdown movement, and had been from the very beginning.

Informed by officers that she was being arrested for a Facebook post, she protests: “I wasn’t breaking any laws.”

“You were, actually,” a police officer tells her.

“How can you arrest her?” Zoe’s partner protests. “Can’t you just tell her to take the post down or something?”

Her arms pinned behind her with handcuffs, Zoe also protests: “This is ridiculous. I have an ultrasound in an hour. I’m happy to delete the post.”

Her partner protests again: “It’s a bit unfair. Come on, mate. What about if she doesn’t do the event? It’s not like she’s done it. She made a post. This is a lot of stress on her. She’s pregnant.”

Zoe Buhler, 28, then begins to both panic and sob.

She was lucky not to have miscarried.

The video was viewed five million times in the first 24 hours.

The offending post read: “PEACEFUL PROTEST! All social distancing measures are to be followed so we don’t get arrested please. Please wear a mask unless you have a medical reason not to. September 5th is FREEDOM DAY! As some of you may have seen the government has gone to extreme measures to prevent the Melbourne protest. Here in Ballarat we can be a voice for those in stage 4 lockdowns. We can be seen and heard and hopefully make a difference! END LOCKDOWNS. STAND UP FOR HUMAN RIGHTS. WE LIVE IN A FREE COUNTRY.”

Later Buhler told reporters: “I didn’t realise that I wasn’t allowed to. The police could have given me a phone call and say, look, you need to take down your event or you could be charged with a crime, and I would have done that. It could have been as simple as that. I’m just a passionate person and I’m sick of the lockdown.

“I do think they were too heavy‐handed, especially in front of my children and to walk into my house like that. It did scare them.

“I was scared I was being kidnapped. I was just fully freaking out.

“I’m charged with incitement. I’m still yet to know exactly what that means.”

President of the Victorian Bar, Wendy Harris, QC, said: “In the case of Ms Buhler, who was arrested and handcuffed in her home in front of her partner and children, the Bar is concerned that the enforcement action of the police … appeared disproportionate to the threat she presented.”

Emeritus Professor Rosalind Croucher issued a statement: “As the President of the Australian Human Rights Commission I am dismayed at the handling of the arrest of a woman in Ballarat, who was handcuffed by police despite her compliance, in front of her family.

“Human rights are for everyone, everywhere, everyday.

“In times of crisis, such as this pandemic, our rights are as important as ever. While measures of control infection have required temporary limitations of our rights and freedoms, they must always be proportionate to the risk – and managed appropriately.”

Despite a direct request for a response, the Prime Minister Scott Morrison refused to comment.

If you do not condemn, you condone, from your bully pulpit.

Powerfully aligned with the traditionally conservative elements of the Liberal Party, and desperate to see the end of Scott Morrison’s reign as Prime Minister, Sky News coverage became progressively incensed throughout.

Sky News host Alan Jones, one of the country’s most powerful conservative voices, said Victorian Premier Daniel Andrews’s grab for power and disdain of accountability had forced Victorians to behaviour designed to retake their freedoms.

“The only person guilty of incitement is the Premier of Victoria,” Jones said. “This woman is a victim of the inexcusable and unlimited powers given to the Victorian police. The verbal and intimidatory behaviour towards a pregnant mother is a form of violence the like of which no Australian will tolerate.

“I don’t think anyone in the government has any clue how we get out of this. This is where the rubber hits the road. Earlier today we learnt from the Treasurer the Australian economy contracted seven per cent during the June quarter.

“This is the worst economic blow since World War Two, the largest fall in GDP since records began in 1959. We have never seen anything even remotely close to this before.

“The response to this coronavirus has been prompted by alarmist chief medical officers who have ignored international evidence; politicians who’ve refused to lead, but rather follow; and hysterical modelling, which has now been totally discredited.”

Editor of Spectator Australia Rowan Dean described the event as a National Day of Shame and said Victoria stood condemned in the eyes of the world. “Scott Morrison, enough is enough. Stand up and say we are not going to have pregnant women arrested in their own homes for posting online a legitimate political point of view!

Of the incident, Professor Ramesh Thakur said martial law was masquerading as medical law: “RIP the Australia I admired, migrated to and thought I knew”.

An overweight Assistant Commissioner for the Victoria Police, Luke Cornelius, cut a poor figure as he admitted on camera that the optics of arresting a pregnant woman were terrible, but defended the conduct of his officers and expressed no regret over the operation.

He told reporters that police had visited more than eighty people and warned them that if they attended or organised protests, they would be arrested. Three additional people had been arrested and charged with incitement for planning an anti-lockdown protest at the Shrine of Remembrance in Melbourne set for 5 September.

Cornelius described the protest as “bat‐shit crazy nonsense” and the organisers as “boofheads”, promising that their feet would not “touch the ground”.

The most up‐to‐date research at the time showed that if you were under 60 years of age with no underlying morbidities you had a 99.98 per cent chance of survival.

They rearranged the world for this?

They rearranged the world to suit themselves.

Below are links to John Stapleton’s series of books on contemporary Australian history. All of them use the same technique of recording events through the eyes of a retired and somewhat jaundiced newspaper reporter, shifting from internal monologues to street scenes to news reports and analysis. The fifth book in the series, Australia Breaks Apart, will be available in the coming months.