What NSW Premier Gladys Berejiklian Is Really Up To 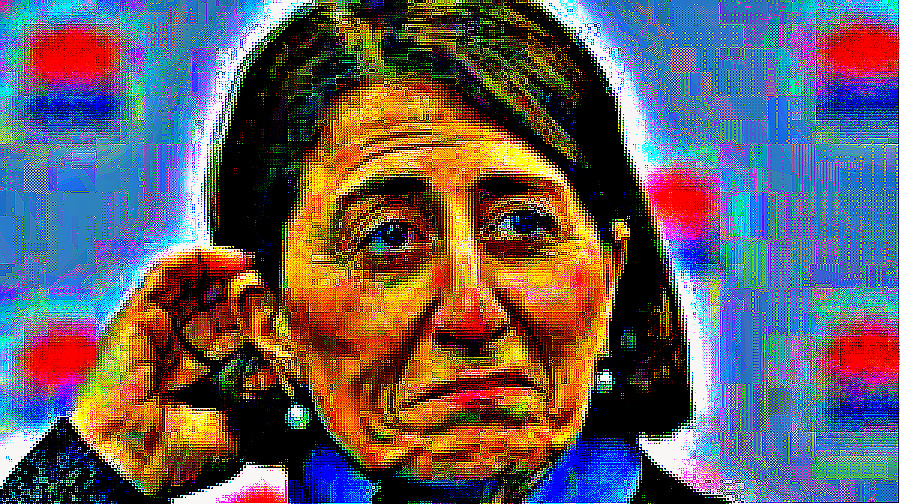 By Paul Collits: The Freedoms Project

Those who thought that the NSW Government’s approach to Covid management was both liberal and proportional have been delivered a rude shock, with escalating Covid State totalitarianism that is only just beginning.  This article first appeared at Politicom.

Many New South Welshman were taken aback by the “liberal”, Covid-proportional Premier’s decision to strap us all in for a lockdown, as a result of a few dozen positive PCR Covid tests, a truly tiny number of hospitalisations, and, as usual, no deaths.  Even more have been taken aback by the lockdown extension leaked on Tuesday and announced on Wednesday, with its forced incarceration of school students, the promise of further and tougher restrictions on freedom, and, worst of all, the foreshadowing of a “Covid Plan” for the State.  Being developed by “senior ministers” including the pork-barrelling Nats leader himself, God help us.  This can only mean one thing – internal vaccine passports and contact tracing dictatorship.

It seems the lady WAS for turning.

Now she has joined her rogue Health Minister in bagging, blaming and shaming the people.  For spreading Covid.  If only we just did our bit by being obedient and volunteering for house arrest, then this “deadly” virus would just go away and I would still look like Captain Marvel of Covid.  And possibly book my one-way ticket to Canberra to lead the nation.

No more Ms Nice Guy.  Gladys has done a switch.  She is now the bad cop.

These are sinister times.  Things are getting decidedly creepy, especially given that these fresh and tougher restrictions are not the result of an especially worrying spike in so-called infections.  It is now the politicians who are talking up the risks.  We are used to being told by the supine corporate media that we are “bracing”, “scrambling”, and “on the edge”.  They say that every day, over and over and over.  But now it is the political class that is preaching gloom.

Why the change in Gladys?

The reason is obvious, upon reflection.

The NSW Premier and all the other big brothers and sisters were plotting their escapes from the eventual electoral push-back against their panicked hysteria of March 2020 and the ever-deepening hole they have been digging ever since, through their silver bullet – the vaccine!  ScoMo sank a third of a billion dollars into a vaccine that even they realise now is not fit for purpose.  The Feds’ vaccine nightmare has meant that Australians do not know what is going on, do not know who or what to believe about vaccines, do not know who to trust, if anyone, in power, and are now registering visible and audible “vaccine hesitancy”.

Enough of us know now that the vaccine is not actually a vaccine. It is experimental, with its long-term health impacts totally untested. It was only “approved” under dubious emergency powers. There is no opportunity to sue your doctor or whoever the Government rounds up to give you the jab. It won’t necessarily stop you getting killed by Covid but the vaccine itself might kill you, and probably over half the people who get the jab will suffer some form of nasty reaction.  Not so much a silver bullet, then.  Little wonder that our fearless leaders at every level of government are spooked.  Scared witless that the whole house of cards will come crashing down.  That they will lose their jobs.  That, one day, they might even be held accountable for all the deaths their actions have caused.  Just google Nuremburg Two.

It is encouraging to see signs of resistance emerging as popular patience, incredible as it has been these past eighteen months, has perhaps reached a tipping point and is ebbing dramatically.  Whether it is Ben Fordham’s listeners, The Australian’s band of commenters, or Paul Murray on Sky News, there is a sniff of resistance.  The protest signs are going up in the suburbs – yes, they are almost immediately removed by Covid’s true believers, the useful idiots who have ramped their efforts up from mere conformist compliance to active proselytising for the State – but the protest signs are now literally out there.

We shouldn’t just be cranky, however.  We really should be spooked ourselves.

The news that Woolworths rewards cards contain information that is provided to the Government to allow them to trace your movements and to text you with an instruction to self-isolate is arresting to say the least.  Let alone credit cards, the new currency of the coincidentally cashless Covid State, being used as a tracking device.  Gladys’s next drive is her planned push towards the total Contact-Trace State, a state enabled by willing third parties.  Where anyone, anywhere, anytime, can be instructed to self-isolate for two weeks and ordered to be Covid tested.  She has already announced this, to be implemented from 12 July.

Now, to access any retail outlets – not only supermarkets – as well as schools, universities, government agencies, and just about everywhere else, you will HAVE to sign in, with heavy pressure to sign in with a QR code.  Astonishingly, this decision barely raised a ripple in the now-totally-conditioned and compliant media.  Not one headline.  This must have exceeded this sublimely media-savvy Premier’s expectations.  Now 12 July – our Lost Freedom Day – will come and go, safely concealed by Lockdown 2.1, and will become embedded in the lockdown culture in which we now live, ever watched by Big Brother and always, but always, only one text away from House Arrest.  Naomi Wolf calls it the imminent end of our liberty.

And our clueless Deliveroo Generation just shrug their collective shoulders at all this.  Perhaps the most alarming statistic shared by Paul Murray wasn’t the zero deaths, but the fact that nearly one million panicked Sydneysiders had submitted to a (useless and misleading) PCR test.  This is exactly what the Government wants.  Mass testing and self-isolation of the population, where no one speaks to anyone else, where dissidents are subject to show trials and arrests, where the doubters are ostracised, where all our movements are known and controlled.

What else is going on?

The continued shutting down, by YouTube, Twitter and the rest, of anyone who sounds alarm bells about vaccines, vaccine passports and the like, should strike people as chilling.  This includes Robert Malone, the actual inventor of mRNA vaccines and the former VP of Pfizer, Mike Yeadon.  Then there is the continued vilification by leftist media outlets of real truth-tellers and freedom fighters – the sort of people that Brad Hazzard calls “whackos” – who are doing the heavy lifting on behalf of us all.

This is terrifying.  And Gladys and her second-rate Government are now busy plotting the next phase of the creepy Covid tyranny.  A tyranny that will, inevitably now, include vaccine passports.  Some have argued that this was the aim all along, but to get there in stages – ever so “softly, softly” – without overly alarming the horses.  We are almost there.  Weeks away from the end of real liberty.  In the sunny State of New South Wales.  The idea of vaccine passports has been very subtly, very gradually drip-fed into the Covid conversation.  It is very close to the surface now.  And it now seems that Gladys Berejiklian will be the first to move.

‘What is apparent is that – and this has been demonstrated by every other place in the world, and we can’t pretend we’re different in NSW in Australia – is that you can’t live with the Delta variant unless you have a certain proportion of the population vaccinated,’ she says. Berejiklian describes the Delta variant as a game-changer, adding that she is pushing to expedite the vaccination process in the state.

We know, from the likes of Mike Yeadon and other experts, that the Delta variant, just like every other variant of every coronavirus, is NOT different.  It is, therefore NOT a gamechanger.  Yeadon also says that governments know this.  Therefore, they are lying.  And, faced with low vaccine rollouts and vaccine hesitancy, there is only one end-game here.

So, do not be fooled by the lockdown extension.  Every single thing the Covid State, including its NSW variant, does is deliberate, planned, and expertly stage-managed.  The good cop routine, the pleas with the public to behave ourselves or else, the instructing of Ministers to be the bad cops, the daily pressers, the endless recounting of supposedly scary data on the virus, the media’s compliant infomercials and breathless reportage, and the inevitable conformism of a jaded, fearful populace.  Over a virus that has killed one Australian in 2021.  Just one.

Whether the “pandemic” was, indeed, a “plandemic”, hardly matters.  What we have now is tyranny and the devastation of economies, lives and civil society as we thought we knew it.

Our one consolation in all this is that we know what Gladys is up to.

Paul Collits is an Australian freelance writer and independent researcher. He has worked in government, industry and the university sector, and has taught at tertiary level in three different disciplines – politics, geography and planning and business studies. A collection of his writing published in A Sense of Place Magazine can be found here. He posts regularly at The Freedoms Project here. This piece was originally published by Politicom.