Welcomed Everywhere: Until He Wasn’t 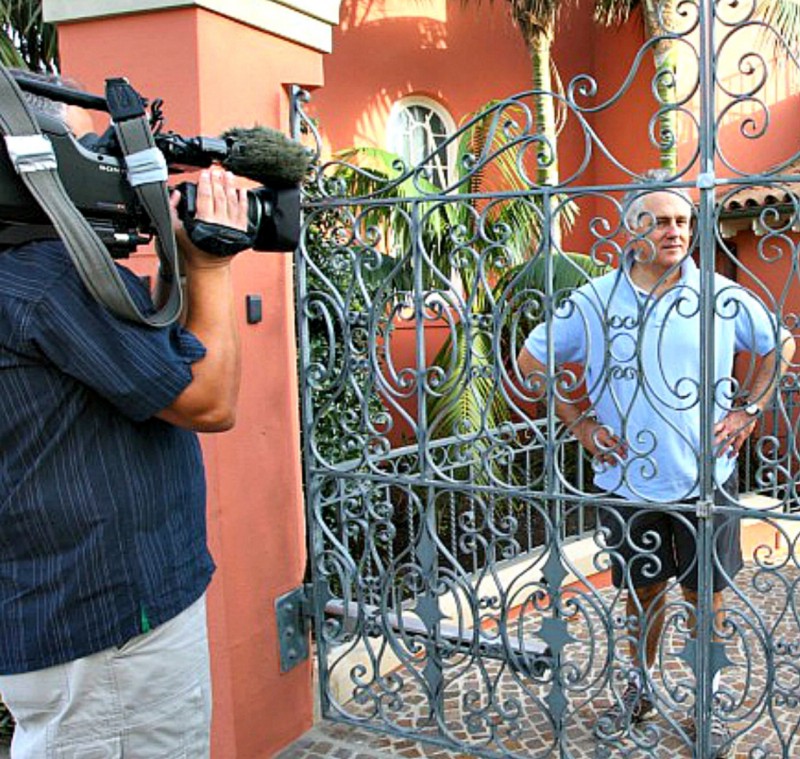 This is an extract from the upcoming book Dark Dark Policing, by veteran Australian journalist John Stapleton. The book will be published next month.

They weren’t so wrong, those who had painted the world as a battle between good and evil. For everything, now, stood at a precipice. Step over the ledge. You can see forever. He trusted no one. Every car was a surveillance van.

The country was uneasy, deliberately whipped.

If he hadn’t attracted the attention of the spooks and their masters before, Old Alex most certainly did so after he was leaked a story about the security at Prime Minister Malcolm Turnbull’s mansion in Point Piper, Sydney.

At the centre of the circus enveloping the country lay one man, Malcolm Turnbull, who had long had a reputation for bullying his way to the top; Gobble Turkey in Chief, mired into the front page as if the entire country was about only one person, him. One grievous preening idiot with a smack-on grin caught in a mirror maze, his image front and centre on a thousand screens, in every newspaper. It was a grievous assault, a terrible waste of public money, of everybody’s time and good intentions.

Every word of the Turnbull mansion story was nailed down tight as Alex worked through a long night. His head afire from other projects and a terrible sense of threat, he double-checked everything.

He tested some of the story at the breakfast Table of Knowledge, the Village Fix cafe in Shellharbour south of Sydney. The one thing that struck everybody was the value of the house, more than $50 million. And so that went up high in the story.

Prime Minister Malcolm Turnbull is potentially endangering the lives of his family, staff, neighbours and the Australian Federal Police officers who protect him by choosing to defy tradition and live in his own mansion rather than lodgings provided by the taxpayer.

That’s the opinion of top security experts, who told The New Daily that the official Prime Minister’s residences, Kirribilli House in Sydney and The Lodge in Canberra — which remain empty — were designed to deal with the security issues surrounding a prime minister, but his harbourside mansion was not.

Those criticising the Prime Minister’s decision include security personnel who have worked on the official residences.

Security experts believe his mansion, in Sydney’s most expensive suburb of Point Piper, is vulnerable to attack from the busy harbour, from the unsecured streets and houses surrounding it, and from the air.

The country’s number-one terror target. The man whose tin ear and outlandish egotism dominated the political landscape. The man who was dropping more bombs on Iraq than even his crusader predecessor Tony Abbott. The man who, to put it bluntly, was responsible for killing more Muslims than any other Prime Minister in Australian history.

Sydney retreated from the bohemian wonderland of old to a grasping rich man’s game. To the worst the conservatives had to offer.

Turnbull was reportedly apoplectic with rage over the invasion of his private space.

A supremely arrogant man who had seen into law the worst anti-journalist, anti-free-speech legislation in the nation’s history, Turnbull was happy to perpetrate the blunt instrument of surveillance against his fellow citizens; from significant numbers of the Muslim population, who greatly resented it, to anyone who dared to maximise their welfare or minimise their taxes, to anyone who disagreed with the government narrative.

But when attention turned to his own living circumstances, that was a different story for Mr Harbourside Mansion, as his critics called him.

Alex heard every word as a new level of oversight was instituted upon his humble situation. A crudely simple story repeated a thousand times: “I used to work with him. How old is he now?”

Alex heard every word as a new level of oversight was instituted upon his humble situation. A crudely simple story repeated a thousand times: “I used to work with him. How old is he now?”

Like many of his subjects, Australian Prime Minister Malcolm Turnbull was most vulnerable in his own home to the uber-surveillance and harassment that characterises modern-day Australia.

It is just that Turnbull lives in a $60 million plus plus plus mansion which at the height of Sydney’s housing bubble had been rising in value by $8,000 a day, in one of the most exclusive streets of real estate obsessed Sydney. And he has state of the art security courtesy of the taxpayer and armed Australian Federal Police officers front and back.

So outrageous had been Turnbull’s behaviour in the weeks leading up to his demise in August of 2018, it was obvious that the leadership was in play. And when I checked with an insider, so it turned out to be.

The victims of the extremely intrusive surveillance Turnbull had overseen against the government’s many critics, including journalists such as myself, lived in far more humble circumstances.

Turnbull had made many people feel unsafe inside their own homes, whether it was from falling standards of living, a crisis in the ability of ordinary people to do business and provide for their children, or the panopticon he helped to introduce.

But there is such a thing as karma, and Turnbull got his comeuppance.

The media hunt in packs. And they turned on a wounded Prime Minister exactly like a school of sharks. There was blood in a cyber sea. They would not give up.

The suckalots within the Liberal Party who made Malcolm Turnbull Prime Minister were impressed by the fact he had money. Lots of money. They never asked how he made it.

Because financial disclosure laws left him no choice, Turnbull told Parliament in 2016 that he was withdrawing more than a million dollars out of a hedge fund heavily invested in distressed housing in the US.

The fund exploited hardship by swooping on family homes and businesses. The investment strategy included “distressed debt” and “selling short”.

The announcement was made in the final hours of parliamentary sittings for the year and thereby timed to ensure minimal media coverage.

The Prime Minister, trapped inside his gilded cage, desperately trying to convince himself he had not become a national laughing stock, furious that the plebs refused to be bullied into liking him, faced his own distressed housing.

Outside his doors a baying media set up camp in the street, ensuring his multi-million dollar mansion was just as uncomfortable as far less salubrious homes in the poorer parts of town, the places he had never seen.

Indeed it was Turnbull’s often boasted about wealth which became his undoing.

Tactics which worked to establish status in his social whirl of wealthy bankers, miners, property developers and corporate fat cats, betrayed him.

The mansion Turnbull called home was a source of pride within his Rich as Croesus milieu, but did nothing to engender populist appeal.

Turnbull’s complete lack of empathy for, indeed zero understanding if not outright contempt for those struggling to pay their mortgages and muddle through their bills, was apparent to everybody.

Unfortunately for him, every three years the great unwashed vote. And a seemingly infinite line of polls confirmed they just didn’t like him.

Australia is a suburban country.

The dreams of its inhabitants involve trailers, lawns, children, sheds, barbeques, fishing, hanging out with mates, hoping like hell their kids get through high school, don’t end up in jail, get a good apprenticeship or a job at the local supermarket.

Sydney is a city of sycophants. Money talks. Turnbull was welcome wherever he went. Until one day he wasn’t.

His days were not just numbered, he was done.

The blurb claims his book is candid, compelling and lyrically written and his achievements “remarkable in their pace, significance and that they were delivered in the teeth of so much opposition.”

Advance publicity and headline grabbing revelations are well underway. As are cries of outrage, derision and outright contempt from his detractors, including many from his own side of politics.