There is no place for secret ministers in Australian democracy 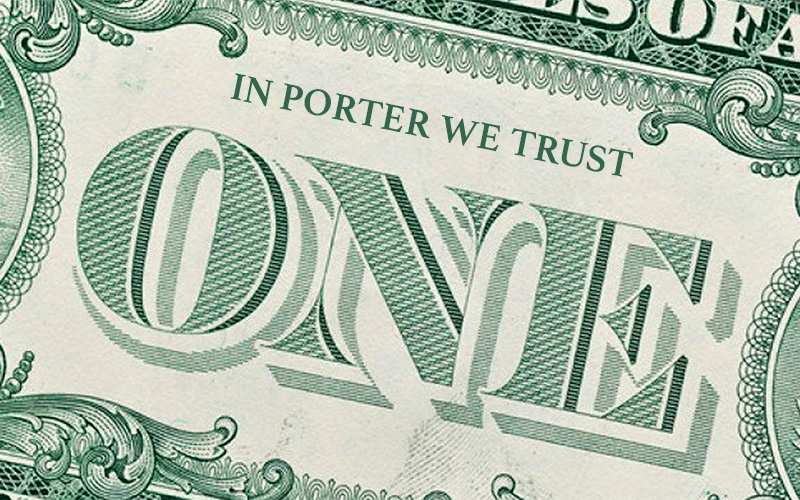 The weekend revelations confirm Scott Morrison as Australia’s worst PM since McMahon and Christian Porter as the worst attorney-general ever. Their conduct in the appointment of Morrison to three extra portfolios without notifying the public was a disaster for the rule of law, writes Rex Patrick.

On the advice of, with the consent of, at the approval of … attorney-general Christian Porter.

In a responsible system of government, where ministers are responsible to the parliament for the administering of an agency or portfolio and for the exercising of powers and functions assigned to them, there is no place for secret ministers. The very idea is anathema to the principles of our parliamentary democracy.

While everyone was dealing with the shock of a fundamental breach in our Westminster system of government by a serving PM, one could be forgiven for missing the fact Morrison’s conduct was carried out after taking advice from the then attorney-general, Christian Porter.

Current Attorney-General Mark Dreyfus made no secret of his general disdain for the performance of George Brandis as attorney-general, declaring Brandis was a “disaster for the rule of law”. However, Dreyfus must now reflect and award Porter first prize as attorney clown.

Let’s look at his performance.

On September 17, 2015, the then Commonwealth Director of Public Prosecutions (CDPP), Robert Bromwich, SC, sought consent from attorney-general Brandis to prosecute Bernard Collaery. For two years Brandis sensibly avoided granting consent by seeking further written advice from Bromwich, then from CDPP Sarah McNaughton, SC, and then the solicitor-general, before retiring from the parliament and the attorney-general role without making a decision. For Brandis it was clearly a bridge too far.

On March 19, 2018, the CDPP sought consent from Brandis’s replacement, Porter, to prosecute Collaery. Lickety-split, less than two months on, the consent was granted. It was a shocking misjudgment that has now been overturned by Dreyfus using section 71 of the Judiciary Act.

On January 18, 2018, Thales Australia requested Porter issue a certificate to censor an Auditor-General’s performance report into the Army’s procurement of their Hawkei Protected Mobility Vehicle. On June 28, 2018, on a roll from the Collaery prosecution consent decision, Porter issued the certificate meaning the parliament couldn’t get to see the result of the audit.

After I waged a two-year Freedom of Information (FOI) battle with the government, the Administrative Appeals Tribunal (AAT) found Porter incompetent in declaring parts of the Auditor’s report national security sensitive. How Porter thought that disclosing an Auditor-General’s finding that the procurement ‘‘wasn’t value for money’’ was anything other than just plain embarrassing is beyond comprehension.

The fact that Porter treated executive parliamentary accountability with such contempt is an absolute disgrace.

To hell with the rule of law

Then there was Porter’s endorsement of Prime Minister Morrison’s claim that National Cabinet was a committee of the federal cabinet. After an FOI battle I waged in the AAT, Morrison and Porter were found to be wrong.

Sadly, even after Federal Court judge Richard White had declared that National Cabinet was not a cabinet, Porter wilfully ignored the Department of Prime Minister and Cabinet’s refusal to accept his ruling. The Attorney-General Department’s incoming Government Brief states, “As Attorney-General you defend, uphold, and advance the rule of law in Australia”. Porter clearly didn’t read that, or if he did, he clearly didn’t agree.

And to think Christian Porter once considered himself prime ministerial material.

In early 2020, just after the Auditor-General released his report into the ‘‘Award of Funding under the Community Sport Infrastructure Program’’, and when the ‘‘sports rorts’’ scandal was burning hot, the prime minister requested advice from Porter on whether the then Minister for Sport, Senator Bridget McKenzie, had legal authority to override Sports Australia’s grant selection in favour of some pork-barrelling picks.

The advice, provided by way of letter on January 31, isn’t public but we know that the prime minister thought everything was hunky dory after receiving the self-penned letter from Porter. With his past performance record in tatters, why would anyone even contemplate that the advice Porter gave would stand any contest?

As an aside, and in a story that I will tell another time, the letter has officially been ‘‘lost’’. How convenient for the former Prime Minister and Attorney.

This brings us back to Prime Minister Morrison secretly self-appointing himself as co-ministers in a number of portfolios. It’s an outrageous departure from the Westminster system with legal and constitutional implications that are only now being unpacked.  But at the time Morrison was able to proceed because the idea of secret ministerial appointments was blessed by attorney-general Porter.

Porter had a track record of misjudgment, followed by incompetence, followed by recklessness! Anyone who thinks that the former prime minister was, on the basis of Porter’s advice, on solid ground in his ministerial self-appointment constitutional scandal needs to seek immediate help.

Some seasoned political observers have labelled Scott Morrison as Australia’s worst Prime Minister since Billy McMahon. Sadly Morrison wasn’t alone in plumbing the political depths through the 46th Parliament. His attorney-general, Christian Porter, was the worst ever occupant of the post of First Law Officer of the Crown.

Rex Patrick is a former Senator for South Australia and earlier a submariner in the armed forces. Best known as an anti-corruption and transparency crusader – www.transparencywarrior.com.au.

Feature Image: As dodgy as a Porter dollar note. Illustration by Grant Stuart.