The Stars of Australia’s Blossoming Independent Media: Morgan Jonas and The MCJ Report 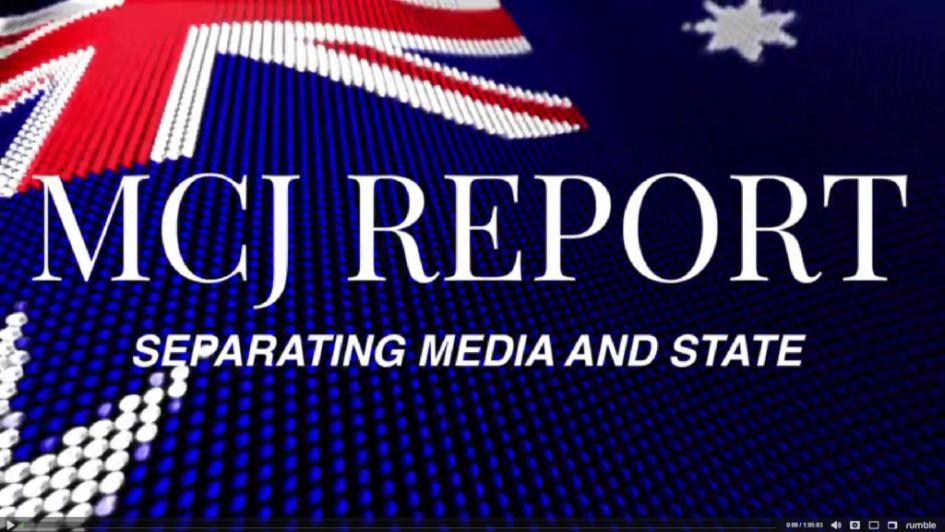 A profound lunacy has overtaken Australia; and the entirely bought mainstream media, hostage to their government funding, has ignored what is happening right in front of all our eyes.

But as the saying goes, it’s an ill wind that blows nobody any good, and as a direct result of the legacy media’s dereliction of their duties and responsibilities, a thriving independent media has established itself in Australia.

The once freedom loving country has been entirely transformed in the Covid era, enduring the world’s longest lockdowns, the most absurd vaccine mandates, and the greatest transformation of civil society; as a new totalitarianism feeds on a frightened, confused and disoriented population.

As the oft repeated saying goes: “If you’re not outraged, you’re not paying attention.”

One of the staunchest and most consistent out of the box outliers has been the MCJ Report, the dream child of Morgan Jonas, who has been consistently covering the news the government doesn’t want you to hear.

Evil grows in a vacuum, publicity is the light of truth, all the old sayings come true in an era where police brutality has become part and parcel of ordinary life.

The profound and deliberately created ignorance of the general Australian population has confounded commentators, who have been left shaking their heads at the “stupidity” of their fellows. But it is not stupidity, it is the fact they have been completely and totally deceived, sheltered from alternative views and kept entirely ignorant over the dimensions of the debate on Covid policies, be it lockdowns, masks or the current focus on vaccines.

The sledging of anyone who might suggest there are two sides to every story has been completely counterproductive, generating a backlash which anyone who dares to stray from the accepted orthodoxies and government drilled messages can see for themselves.

There has never been a more politicised and therefore more badly managed disease than Covid; and Australia is now witnessing the tragic consequences of a government placing itself front and centre of everybody’s lives and refusing to treat with respect those who hold a different view. They cannot countenance another narrative than their own; and as we have witnessed repeatedly over the past two and a half years; the authoritarian derangement and shocking mismanagement is creating havoc and leading to many unnecessary deaths.

Where else in the Australian media are you going to see a headline like this?

“I started MCJ report because  I could see so much corruption,” says Morgan Jonas. “The  government was not being transparent with the people in relation to both domestic and foreign policy that therefore I felt the need to create an independent news show to inform the public of critical details that the government and media were not being transparent about.”

Morgan set up the Freedom Party of Victoria early in 2022. Melbourne, the capital of Victoria, became famous internationally as the world’s most locked down city, but despite the massive cost to the society it appears that the Premier Daniel Andrews may well win the state election, due in November.

Not if the Freedom Party has anything to do it with, not, as far as they concerned, if common sense returns to the body politic and the general community realise how badly they have been abused and how badly their trust has been misplaced.

Fear was a powerful driver of Victoria’s lurch towards becoming a totalitarian state, but the Great Reset has become the Great Awakening, and Morgan is well and truly a part of that.

“The Freedom Party of Victoria came about because it was the equal and opposite reaction to a government which has done wrong by the people,” says Morgan. “It is misconduct of the government that has made the Freedom Party of Victoria a necessary alternative for the voters. The party was able to come into being due to my supporter base that have tuned into MCJ report over the past two years.”

You can view the Freedom Party of Victoria www.freedomparty.net.au

“The objective of the Freedom Party of Victoria is to protect our basic freedoms from an ever-growing and controlling government and to enact policies that directly protect our jobs, homes and families.”