The Real Anthony Fauci: Bill Gates, Big Pharma and the Global War on Democracy and Public Health: The Best of 2021. 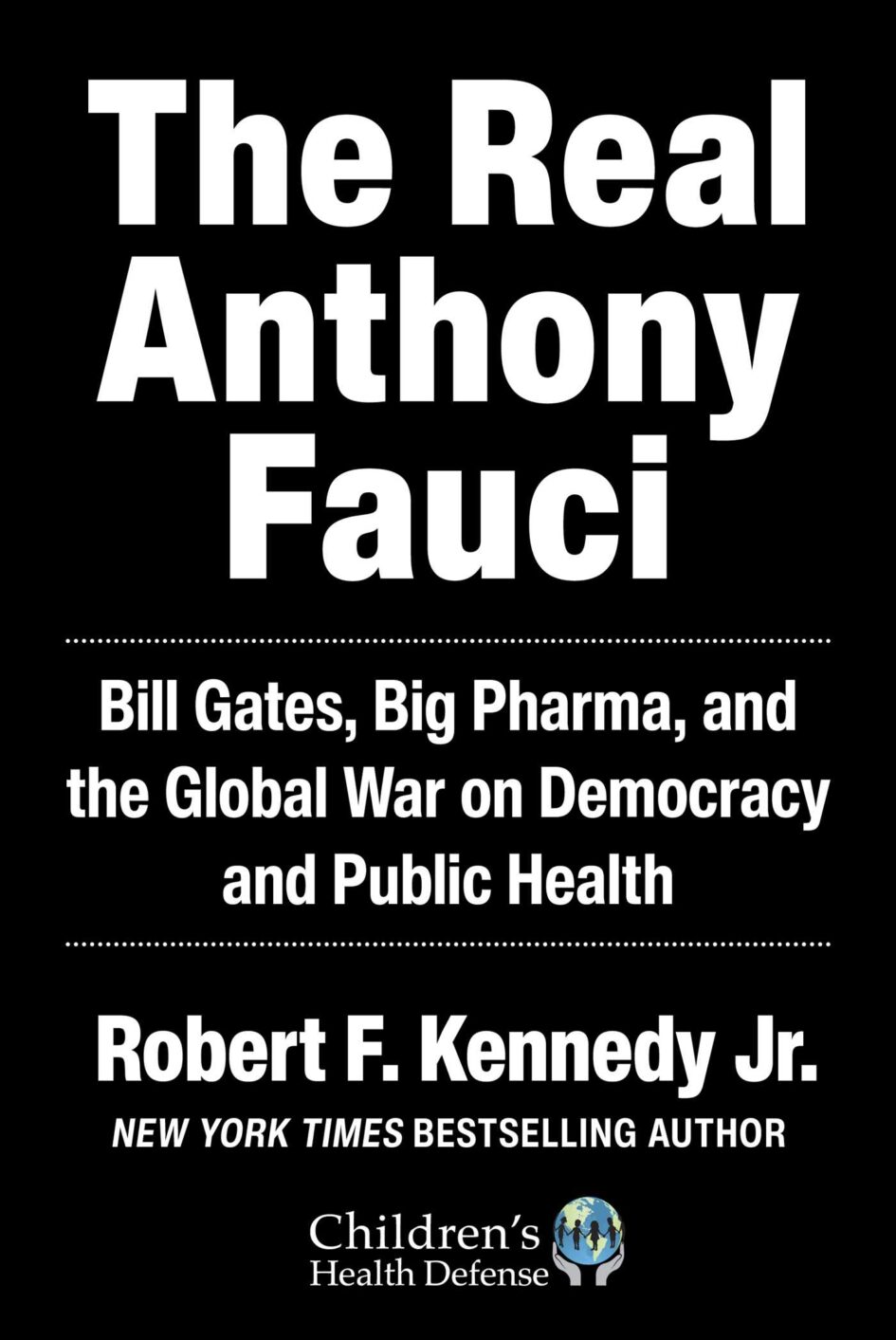 In July 2021, one year and four months into the misery of the global lock down, the Federal Aviation Administration had to divert air traffic over a section of the country stretching from the west coast to Michigan to make room for the fleet of private jets converging on Sun Valley, Idaho, for the 38th annual meeting of the world’s most exclusive Enclave, sometimes called the summer camp for billionaires, or mogal fest. The 2021 meeting included Bill Gates, Apple CEO Tim Cook, Mark Zuckerberg, Amazon founder Jeff Bezos, Mike Bloomberg, Google founders Larry Price and Sergey Brin, Warren Buffett, Netflix CEO Reed Hastings, Disney Chair Robert Iger, Viacom/CBS chair Shari Redstone,  and one of the lockdown’s most influential propagandists, Anderson Cooper, who has acknowledged that he responded to a CIA recruitment poster while attending Yale and worked an indeterminate number of Summer’s thereafter in Langley.

All the discussions at the event were as usual, closely guarded, but participants acknowledged conversing about cryptocurrency and artificial intelligence. This year the robber barons hosted, as their guests of honour, CIA director William Joseph Burns, and by all reports, the mood among the titans was bullish. By that time, US billionaires were well on their way to increasing their collective wealth by $3.8 trillion in a single year, while obliterating the American middle class, which permanently lost about the same amount. These tech and media magnates, who had magnified their billions from the lockdown, were the same men who would use their media and social media platforms to censor complaints about the lockdown, even as it filled their coffers past the bursting point.

Each of these fat cats had helped grease the skids for the calamitous collapse of America’s exemplary constitutional democracy. The Bill of Rights was, by then, indefinitely suspended. The participants of that event had privatised the public square and then obstructed the free flow of information and open debate – the oxygen and sunlight of democracy. Their censorship allowed their allies in the technocracy to affect the most extraordinary curtailment of American constitutional rights in history: closing churches across the country, shuttering a million businesses without due process or just compensation, suspending jury trials for corporate malefactors, passing regulations without constitution and guaranteed transparency, public hearings or comment, violating privacy through warrantless searches, and track and trace surveillance and abolishing the right to assembly and association.

After 20 years of modelling exercises, the CIA – working with medical technokrats like Anthony Fauci and billionaire internet tycoons – had pulled off the ultimate coup d’etat: some 250 years after America’s historic revolt against entrenched oligarchy and authoritarian rule, the American experiment with self-government was over. The oligarchy was restored, and these gentlemen and their spymasters had equipped the rising technocracy with new tools of control unimaginable to King George or to any other tyrant in history..

I wrote this book to help Americans – and citizens across the globe – understand the historical underpinnings of the bewildering cataclysm that began in 2020. In that single annus horribilis, liberal democracy effectively collapsed worldwide. The very governmental health regulators, social media eminences, and media companies that idealistic populations relied upon as champions of freedom, health, democracy, civil rights, and evidence based public policy seemed to collectively pivot in a lockstep assault against free speech and personal freedoms.

Suddenly, those trusted institution seem to be acting in concert to generate fear, promote obedience, discourage critical thinking, and her seven billion people to march to a single tune, culminating in mass public health experiments with a novel, shuttle he tasted any properly licensed technology so risky that manufacturer refused to produce it unless every government on Earth shielded them from liability.

Across Western Nations, shell-shocked citizens experienced all the well-worn tactics of rising totalitarianism – mass propaganda and censorship, the orchestrated promotion of terror, the manipulation of science, the suppression of debate, the vilification of dissent, and use the force to prevent protest. Conscientious objectors who resisted these unwanted, experimental, zero liability medical interventions faced orchestrated gaslighting, my personalization and scapegoating.

American lives and livelihoods were shattered by a bewildering array of draconian diktats imposed without legislative approval or judicial review, risk assessment, or scientific citation. So called Emergency Orders closed out businesses, schools and churches, made unprecedented intrusions into privacy, and disrupted our most treasured social and family relationships. Citizens the world over were ordered to stay in their homes.

This book is a product of my own struggle to understand how the idealistic institutions a country built to safeguard both public health from democracy turned against our citizens and their values with such violence.

With all the preparations for a coordinated military response, with deep involvement from intelligence agencies, it should come as no surprise that the government’s covid-19 response quickly emerged as a military project.

Health officials complained that they found themselves marginalised as warp speed devolved into a partnership between the military and the pharmaceutical industry. Warp speed has secret deals with six major drug companies developing covid-19 vaccines. The operations chief advisor is a former GlaxoSmithKline official who prior to the pandemic served as chairman of Moderna.

Medical ethics advocate Vera Sharav: “It’s a public health problem. Why are the military and the CIA so heavily involved? Why is everything so secret?  Why can’t we know the ingredients of these products, which the taxpayer financed? Why can’t we see the contracts with vaccine manufacturers? why are we mandating a treatment with an experimental technology with minimal testing? We need to recognize that this is a vast human experiment on all of mankind, with an unproven technology, conducted by spies and generals.”

What I have described in the preceding chapters can seem overwhelming and dispiriting. The forced-vaccination campaign and other cruel actions by Dr Fauci and his acolytes might seem “too big to fail”. But that is up to the citizens of a country.

We can bow down and comply – take the jobs, where the face coverings, show our digital passport on demand, submit to the tests, and salute our minders in the Bio-surveillance State.

Or we can say No. We have a choice, and it is not too late.

Covid-19 is not the problem; it is a problem, one largely solvable with early treatment that are safe, effective, and inexpensive.

The problem is endemic corruption in the medical-industrial complex, currently supported at every turn by mass-media companies. This cartel’s coup d’etat has already siphoned billions from taxpayers, has already vacuumed up trillions from the global middle class, and created the excuse for massive propaganda, censorship and control worldwide. Along with the captured regulators, this cartel has ushered in the global war on freedom and democracy.