The Prime Minister Who Destroyed Australia Wants Your Vote 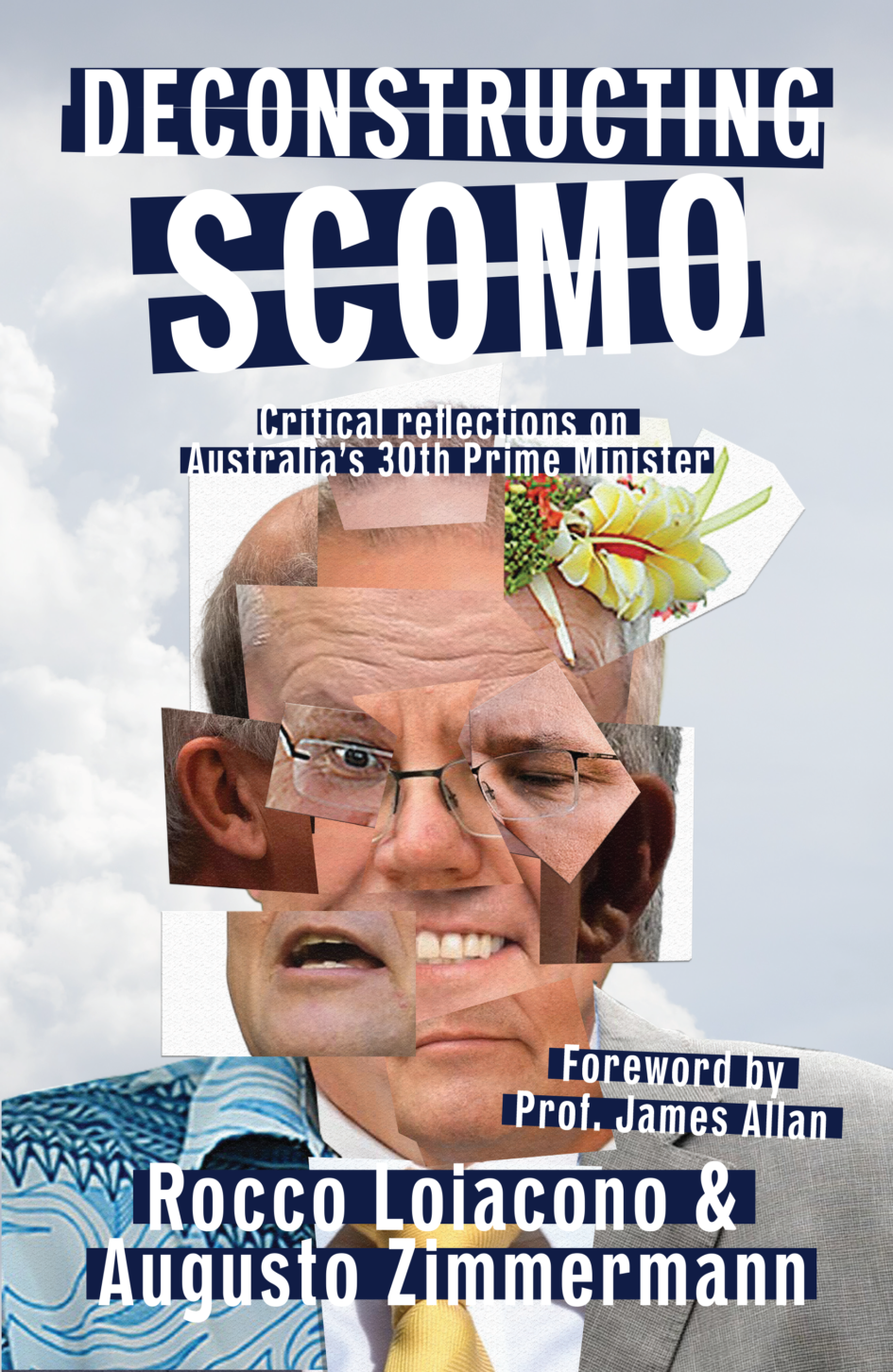 For a disengaged and bitterly disillusioned electorate struggling to regain a sense of normality after two years of authoritarian derangement the sight of the Prime Minister Scott Morrison and Opposition leader Anthony Albanese, two aging political con artists masquerading in a sham democracy, has failed to light anyone’s wick. The most common reaction: “I don’t like either of them.”

Australia’s Federal Election will be held on Saturday, 21 May, 2022.

In this book, the authors highlight the Prime Minister’s failure to stand up for conservative values; namely, his abandonment of the principles of smaller government, economic reform, free speech and individual liberty.

I have to confess, regretfully, that the last twenty odd months of this Covid pandemic has stunned me. I never saw coming just how sheep-like so many Australians would be when politicians here (and yes, in many, many other democracies) imposed the greatest inroads on our civil liberties and freedoms in the last two or three centuries. I have written extensively in various publications in Australia and overseas, and in some law review articles too, about the follies of these public policy decisions – about how Sweden and Florida got it right and how we in Australia decidedly did not get it right.

Indeed, I believe that in a decade or less we will look back on this as the worst public policy failure in this country’s history – because there are many other matrices of concern other than Covid deaths, ones that include deaths from all other causes, economic devastation, runaway government spending, mental health concerns, excess deaths per year (an indicia that cannot be gamed), the way in which young people bore the overwhelming brunt of the despotic, heavy-handed policies, the hammering of the private sector but indulging of the public sector, all freedom-related concerns, and more – because it will take a few years for the ruinous outcomes on these other criteria and matrices of concern to become
clear.

Australia is now widely perceived in Britain, the US, Canada and more widely as having descended into near police state territory during this pandemic.

The Morrison Government Is An Equal Opportunity Offender of
Fundamental Rights

Australians stuck overseas should not feel unwelcome to return home. Yet, in May 2021 when the travel ban on India was announced, any citizen flying back from that country faced punitive sanctions. The maximum penalties included a $66,000 fine or a five- year jail sentence.

It is the first time in Australian history that a government criminalises its citizens for attempting to return home. Yet, Prime Minister Scott Morrison refused to back down on the measure, arguing that it is necessary to use “emergency powers under the Biosecurity Act to protect Australia’s health services and quarantine program.”

During the pandemic, the federal government restricted the right of citizens to leave the country without an exemption, of which few were granted. Although this is a nation of immigrants who have many friends and relatives overseas, including parents and children, the government oversaw a regime that has shut down international travel and enforces prohibitions that carry a whiff of authoritarianism. As a result, every Australian citizen needs to apply for special permission to visit parents or relatives overseas. They need special permission even to attend funerals or visit dying relatives.

The Jaundiced Pursuit of Agents of Foreign Influence

The Morrison Government promised that the Foreign Influence Transparency Scheme Act 2018 (FITS) would expose dangerous foreign influences well-known to our security agencies. In 2018, the then Attorney-General Christian Porter stated that this new legislation would “safeguard the nation’s democracy”. “FITS will provide visibility of the forms and sources of foreign influence in Australia’s governmental and political processes,” he said.

As can be seen, this law was supposed to protect us from foreign undemocratic regimes attempting to influence our citizens. However, when a conservative group held a conference to discuss individual rights and freedoms in conjunction with a group from our greatest ally, the United States, eight senior bureaucrats working at the Attorney-General’s Department decided to use the poorly drafted legislation against the person who co-hosted this conference.

Apparently these bureaucrats believe that a conference about fundamental rights poses a great threat to Australia! Former Prime Minister Tony Abbott became one of the first individuals targeted under the legislation. He was requested to register as an “agent of foreign influence” under such national security laws, for simply addressing the Conservative Political Action Conference (CPAC) in August 2019. Mr Abbott has served the country’s best interests over his entire working career but was being hounded by faceless bureaucrats in Canberra, and all courtesy of the Morrison government.

Morrison’s claims are not just absurd. They constitute an egregious form of undemocratic censorship.

By inciting the regulation of speech by social media, the Prime Minister provoked serious censorship in the process. His statements were followed by the social media’s censorship of dissenting opinions.

In addition, the Morrison government has passed legislation that could see social media executives in jail and companies fined for failing to take down “abhorrent material expeditiously”. Under this legislation, anyone found guilty of using an online service to “cause offence” could be jailed for up to five years.
These measures are a part of international efforts to suppress
freedom of speech online.

Of course, much speech that is criticised as “hate speech” is no more than a proper response to speech by the culturally privileged groups. They have a particular desire to suppress any form of speech that might constitute a threat to their hegemonic discourse.

Morrison has even floated the possibility of a ban on all social media live streaming, which would prevent ordinary people from broadcasting significant social and political events and airing their views to a live audience online. Arguably, live streaming has been used in Australia and internationally to document police arbitrariness and government attacks on pro-freedom protesters and to broadcast popular demonstrations against draconian measures to a global audience.

Above all, there is one important lesson to be learned from such a drive to instigate all this social media censorship and other authoritarian measures: it undeniably reveals the profound contempt held by the country’s ruling elites for the average Australian citizen.

Deconstructing Scomo is available on a number of platforms. To purchase on Amazon click on the image below.