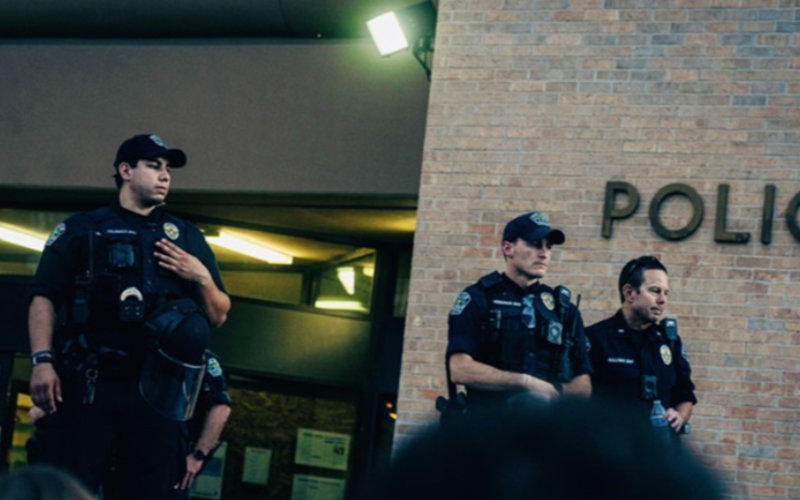 Instead of crafting policies to tackle causes rather than symptoms, Australian leaders have used terror laws to turn social and national problems into security issues that demand a military response. Allan Behm investigates.

In 1933, US President Franklin D. Roosevelt’s began his inauguration speech with the words “the only thing we have to fear is fear itself”.

Roosevelt understood implicitly that fear is pernicious, breeding mistrust and killing the hope that inspires vision. As he said, “when there is no vision, people perish.”

So Roosevelt did not announce a “war” on poverty, unemployment, inequality, greed or employ any of the other rhetorical but otherwise empty expressions that securitise wider policy domains. He did not turn the economic and social problems of the US into security issues and blame the victims of the Great Depression. Nor did he appoint military officers to deliver his social programs. Rather, he displayed vision and leadership by crafting policies to tackle the causes rather than the symptoms of the global economic collapse.

How much has changed in the intervening 90 years. The first response of many contemporary government leaders is to turn national problems into security problems. Issues that may be either causes or consequences of anxieties in the community are portrayed as existential threats demanding military or quasi-military responses.

“Hyper-legislation” is now a key feature of Australia’s approach to securitisation. As at 30 September 2019, Australia had enacted 82 anti-terror laws extending from the retention of meta-data by telecommunications companies to the revocation of citizenship from dual nationals convicted of terrorism offences.

This is compounded by the demonisation of ethnic minorities, especially from Africa and the Middle East, and the extraordinary claims made by Home Affairs Minister Peter Dutton that Melburnians were scared to go out to dinner because of gang violence. Such claims are intended to make people fearful and insecure, creating anxiety for political effect.

The securitisation of Australia dates back to the early 2000s, when fear of fear itself prompted the military-styled and para military-backed Operation Sovereign Borders to tackle refugee arrivals and border management. In the lead-up to the 2001 election, the Howard government deployed armed special forces to control unarmed refugees rescued by the MV Tampa from a sinking vessel. Weeks later, HMAS Adelaide intercepted a stricken Indonesian fishing vessel (SIEV 4) carrying more than 200 asylum seekers, initiating what became known as “the children overboard affair“.

Immigration and customs border controls were suddenly found to be in need of a more overtly paramilitary character. Even the white uniform shirts of Customs officers became black to make them more intimidating.

The fear of fear itself resulted in black-uniformed Border Security personnel patrolling inner-city streets, as part of the expanded law enforcement roles assigned to immigration and border control functions. Operation Fortitude, the 2015 misconceived joint Victoria Police-Border Force operation was widely seen as law enforcement-paramilitary targeting of ethnic communities. It was.

As they have become increasingly militarised, clad in flak jackets with weapons on display, police officers have become more frightening, whether it is in detaining a mentally-ill disabled pensioner, responding to peaceful protests, such as occurred outside the Prime Minister’s residence in Kirribilli, or maintaining law and order at music festivals where strip searches, including of juveniles, have become ever more common. Indeed, terms such as “proactive policing” mask the implicit securitisation of law enforcement.

Perhaps the most extraordinary example of the securitisation of social issues was the 2007 Northern Territory Emergency Response initiated by the Howard government and continued by the Rudd government. A serving major general headed a task force of army units to implement the recommendations of an NT inquiry into child sexual abuse in Aboriginal communities. The UN High Commissioner for Human Rights believed the controls imposed were a violation of human rights.

Securitisation emphasises and strengthens the power of the state and its control over citizens. Securitisation is a kind of political distraction grenade. It accords significant public danger, menace and threat to politically and socially important issues, dealing with them by employing personal and social controls, enhanced intelligence gathering powers, law enforcement protocols and national defence capabilities. The principal purpose of securitisation is to afford maximum authority and control to politicians, thereby strengthening their political image and power.

Perversely it may also simultaneously foment and assuage public fear.

First, security is afforded an importance that is out of all proportion when measured against other characteristics of a well-functioning society – health, employment, education, public and social amenity, individual and community wellbeing, and so on. Largely unaccountable authority is accorded to the intelligence and security apparatus with minimal Parliamentary oversight.

Even Canberra’s landscape has been securitised, with key security and intelligence departments and agencies physically located within a kilometre or so of Parliament House. The large social policy departments are out in the ’burbs, out of government’s “mind’s eye”.

Second, securitisation invokes the rhetorical manipulation of issues. Refugees and asylum seekers, for instance, are described as “boat people”, “queue jumpers” and “illegal immigrants”, dramatising the issue and demonising the victims. Suburbs where unemployed or under-employed youths congregate are called “war zones”, and the youths in question are called “criminal gangs”.

Third, former military and police officers are appointed to key institutions and public inquiries due to their affiliation rather than any particular expertise. Indigenous communities have frequently experienced this.

The nation’s security and that of its citizens is a product of two essential factors: a strong and buoyant economy; and a cohesive, inclusive, harmonious and resilient society. Security is about knowing you can participate constructively in society, earn a decent wage, provide for your family, have access to good education and health services, look forward to a dignified retirement, and do all of these things safe in the knowledge that the government will defend you and your community from foreign interference, foreign aggression and armed attack.

Security, then, derives from the confidence we have as a nation that we can provide all the afore mentioned. And because we live in an increasingly interconnected world, the nation’s foreign policy is an essential vehicle for delivering the community’s economic, social and security aspirations. That foreign policy is transacted through diplomacy.

As Hans Morgenthau wrote more than 70 years ago, “of all the factors that make for the power of a nation, the most important is … the quality of  diplomacy”. Diplomacy invites discussion, negotiation and conciliation.

In our current disrupted world, the need for a durable diplomacy becomes even more acute.

To create the security needed in a time of disruption, Australia needs to recapitalise and re-energise its diplomacy. This is not simply a question of more money. Rather, it is a question of building capacity; that is, the range of skills needed to support an effective diplomacy; and enhancing capability, that is, the agility, dexterity and facility to employ those skills.

Of course, government must have the ability to respond militarily if the state is subject to armed aggression to keep citizens safe. But nation building, the exercise of democratic rights and the strengthening of democratic institutions are predominantly civilian responsibilities. Securitisation and its concomitant, militarisation, are fundamentally anti-democratic.

This article was originally published on Pearls and Irritations and is republished with permission.

Allan Behm heads the International and Security Affairs Program at The Australia Institute, Canberra, specialising in political and security risk evaluation, and policy analysis and development. He previously worked for nearly 30 years in the Australian Public Service, was chief of staff to Minister for Climate Change and Industry Greg Combet (2009 to 2013) and senior advisor to the shadow minister for Foreign Affairs, Senator Penny Wong (2017-19).