Russia’s Indigenous Peoples speak out against the war in Ukraine 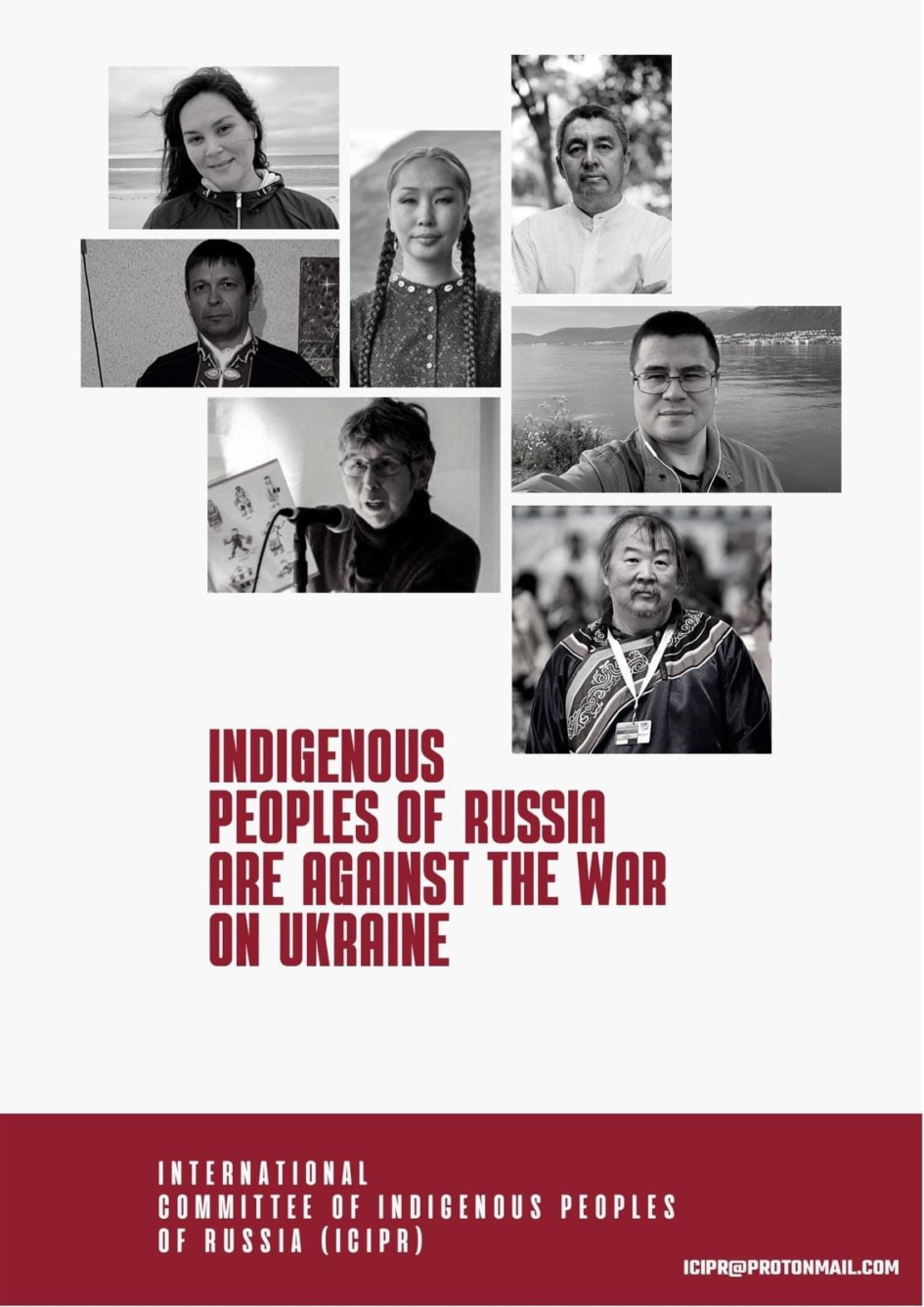 Because of the war in Ukraine, Russia has been banned from attending this year’s United Nations Permanent Forum on Indigenous Issues, which opened this week in New York.

Instead, a Ukrainian delegation, led by an ethnic Crimean Tatar, is taking their place.

Also in the Russian government’s absence, exiled and emigre Russian Indigenous Leaders have formed an anti-war coalition calling on their people in far east Russia, not to support it.

The coalition includes The International Committee of Indigenous Peoples of Russia, the Congress of the Oirat-Kalmyk People, the Buryat Democratic Movement and the National Movement of Peoples of the North.

Gathered in New York at the United Nations forum, their joint statement will not go down well in Moscow:

We, representatives of the indigenous nations of Russia, call on our fellow citizens, servicemen and those liable for military service who belong to indigenous nations, and other nations of the Russian Federation — not to take part in the shameful war that is being called a “special military operation” in Ukraine.

It would appear that soldiers from Indigenous regions have been killed in relatively large numbers since the war began, so their statement continues, with a plea:

Today you have a chance to save your life, the future of your nations, and the lives of thousands of innocent people in Ukraine. Stop taking part in hostilities. Do your best to block your colleagues from going to war in Ukraine. Disobey the orders of your superiors who order you to shoot Ukrainians and destroy Ukrainian cities.

It makes no sense to die for palaces, yachts, billions owned by Putin and his friends. Don’t give up your young life for their property. Do not commit sin killing civilians — children, women, and the elderly. Each of us must remain Human.Your families and loved ones are waiting for you at home. Oppressed, impoverished, native republics, districts, districts, and villages are waiting for you. Their future depends on each of you.

You may be wondering why all of this concerns me… an Australian who has never been to Russia? The answer is, I have no choice.

My wife Masha is a proud indigenous Siberian from Yakutia and a member of an organisation with permanent status at the UN forum, advocating for native people across vast far east Russia.

Since the start of the war, operating in Russia right now, is virtually impossible for her organisation, but as an Australian citizen, Masha is able to get to the United States to deliver their speech to the general assembly.

She has three minutes at the podium on Thursday and will explain that Russia’s indigenous people were never consulted nor gave their consent to this war — and that they too are victims.

She will also point out that sanctions imposed on Russia will greatly affect the Arctic regions, where life expectancy is already poor and that consideration needs to be given to establishing humanitarian corridors to these areas.

With the supply of essential medical equipment from Europe blocked, it is a matter of life or death in one of the most inhospitable climates on earth.

Here is a previous piece A Sense of Place Magazine produced on Masha Kovner.

The statement can be read in the original Russian here.

Here is the statement in English translated in full:

We, representatives of the indigenous peoples of Russia, appeal to our countrymen – servicemen and persons liable for military service – representatives of indigenous peoples, other peoples of the Russian Federation, with an appeal and a convincing request not to take part in the shameful war – a “special military operation” on the territory of Ukraine.

It is well known that the national regions of the country, where indigenous peoples live, rank last among Russian regions in terms of quality of life, despite the fact that these lands produce natural resources that support the Russian economy.

The vast majority of the national districts and republics of Russia are economically underdeveloped regions with a poor population, because most of the national wealth produced by these regions goes to the federal center and is used by President Putin to implement his imperial plans to suppress the freedom of the peoples of Russia and other countries.

The imperial chauvinism, carefully nurtured by Putin for 20 years, is now driving you to a bloody slaughter in Ukraine in order to suppress the will of the Ukrainian people for freedom.

But only freedom enables each nation to be the master of its own land, develop fully, preserve its language, culture, traditions and be among the civilized peoples. Today, Ukrainians show everyone how to love their native land, their people, their way of life. Today they are defending not only their freedom, but also the freedom of the peoples of Russia, whose fate is being decided today in Ukraine.

Servicemen and conscripts of Russia! Today you have the opportunity to save your life, the future of your peoples, the lives of thousands of innocent people in Ukraine. Stop your participation in hostilities. Do not allow sending you, your colleagues to war in Ukraine. Sabotage the orders of your superiors who demand to shoot Ukrainians and destroy Ukrainian cities.

They frighten you with punishment, prison. But you won’t get shot for it! You will stay alive! There are already  examples of refusals by employees of the Russian Guard to  cross the border of Ukraine, because. this is illegal and contrary to the laws of the Russian Federation. They suffered for this – they were illegally dismissed from service, but they returned home to their relatives alive.

It is not worth dying for palaces, yachts, billions of Putin and his friends. Don’t give up your young life for their property. Do not take on the sin by killing civilians – children, women and the elderly. Each of us must remain human.

War is a crime!
Make an honest choice!
Stay at home – say no to war!

Congress of the Oirat-Kalmyk people

David O’Shea is one of Australia’s best known documentary film makers, having spent decades travelling the world producing work for some of Australia’s leading media outlets.