Rorts Scandals In Politics Are Rife. So What Are The Rules? The Best of 2021. 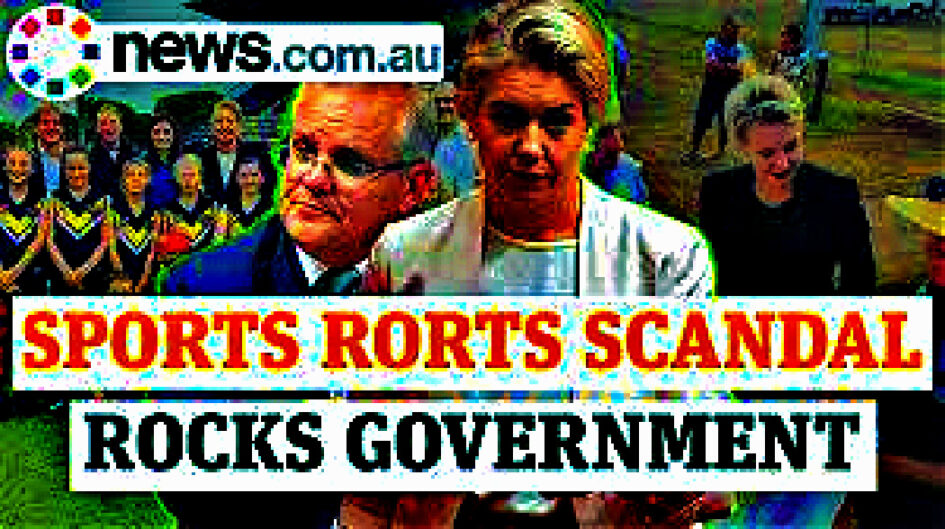 The sports rorts scandal has flared up again in the public consciousness with a scathing report by a Senate committee. It points to the many failures in governance and the political interference in what was supposed to be a merit-based grants program. It concludes that such behaviour “deepens public cynicism about the integrity of government decision making and expenditure”.

It is not hard to see why. The sports rorts affair was quickly followed by another controversy: the funding of the Safer Communities Program. Home Affairs Minister Peter Dutton was accused of channelling funds to marginal Tasmanian seats during a contentious by-election.

Both sides of politics, when in government, use these programs to favour their supporters and influence voters, particularly in marginal seats, with scant regard to public need, fairness or responsible expenditure.

Every time another government rort is exposed, the response is always that the action was “entirely within the rules”. But what actually are “the rules” and does anyone ever enforce them?

What the Constitution says

Most of these subjects concern international matters (for example, external affairs, defence and immigration), or intergovernmental matters (interstate trade or interstate industrial disputes), or matters that need one common standard across the nation (currency, weights and measures). These are all things that need to be dealt with at the national level.

Local matters, such as resurfacing a football oval, installing street lighting or building swimming pools, are left to the states, which can deal with them through local government bodies.

The constitutionally valid way for the Commonwealth to fund sports programs and community safety programs is through making grants to the states under section 96 of the Constitution. But this is not popular with the Commonwealth because it is unlikely to buy any votes.

So the Constitution is ignored, on the basis that no one with the legal standing to do so is likely to challenge the constitutional validity of such grants. This is dressed up in government circles as addressing “constitutional risk”. It really means “breaching the Constitution because we are confident we can get away with it”.

The next rule is section 71 of the Public Governance, Performance and Accountability Act 2013. It says a minister must not approve a proposed expenditure of public money unless satisfied the expenditure would be a proper use of money. “Proper” is defined in the Act as meaning “efficient, effective, economical and ethical”.

Ordinarily, this is satisfied by an assessment made by public servants. But if the public servants advise that certain projects are unsuitable and not value for money (as occurred in relation to the Safer Communities Program), the minister can only overturn this if he or she makes reasonable inquiries resulting in evidence that supports a rational assessment that the projects are “efficient, effective, economical and ethical”.

Does anyone enforce these rules – even though they are imposed by law? It would seem not.

The Commonwealth Grants Rules and Guidelines say that, before making grants, the minister must first receive written advice from officials, which sets out the application and selection process and assesses the merits of proposed grants against the guidelines.

This means a minister cannot approve and announce grants during a byelection (as occurred in relation to the Safer Communities Program), before the guidelines were made, applications opened, and any merit assessment was made.

The grant rules also say a minister may approve grants that are not recommended by public servants, but must report annually to the finance minister by March 31, giving reasons for the approval of each grant. The minister must record “the basis for the approval relative to the grant opportunity guidelines and the key principle of achieving value with relevant money”.

If the public servants advise certain grant applications are unsuitable and not value for money, and the minister overrides them, stating merely that the projects “will assist with the safety” of the relevant communities, is this adequate?

Well, no. At the very least, the minister must assess the project against the guidelines and should explain in writing why the grant was an efficient, effective, economical and ethical use of resources when the department had concluded it was not.

Under administrative law, decision-makers must act within their legal powers and must not act for an improper purpose or in an irrational manner. They must behave in a manner that is procedurally fair to those affected by the decision.

This includes not acting in a biased manner or a way that might be perceived as biased. The courts look to whether a fair-minded observer might reasonably believe the decision-maker might not be impartial in making the decision.

Announcing the outcome of a decision weeks before the application was even made or assessed against the merit criteria, and then overriding the contrary assessment of public servants who had undertaken a merits assessment, would be strong indicators of “apprehended bias”.

While the courts do sometimes give deference to ministers in making decisions, a fair-minded observer is likely conclude in such a case that there was pre-judgment of the issues and a failure to exercise an impartial mind.

The Statement of Ministerial Standards

The Statement of Ministerial Standards requires that ministers act in

the lawful and disinterested exercise of the statutory and other powers available to their office.

This standard would be breached if a minister broke any of the laws outlined above. It is also breached if the minister acts in self-interest or the interests of his or her political party, rather than in a “disinterested”, objective manner.

This requirement would be breached if a minister acted for his or her personal or political party’s benefit, rather than acting impartially in the public interest.

Are these rules enforced?

There are therefore many rules that limit ministers’ powers to approve grants. The real problem is that most of them are not enforced or enforceable.

The Statement of Ministerial Standards, for example, applies at the whim of the prime minister. There is no penalty for ministers breaching section 71 of the Public Governance, Performance and Accountability Act 2013 or the Commonwealth Grants Rules and Guidelines.

While legal proceedings can be brought to challenge the constitutional validity of the grants or the validity of the decisions under administrative law, it is generally not in the interests of those who could bring such proceedings to do so. All aggrieved grant applicants want the opportunity to get a grant in the future.

Ultimately, this means ministers can breach the rules and get away with it, undermining the rule of law and public confidence in governments.

So when politicians proclaim they have acted entirely within the rules, it may be more accurate to say that the rules cannot, in practice, be enforced against them, because they do their best to make sure this is the case.

The failure to hold decision-makers to account gives rise to community anger and resentment about how governments conduct themselves in Australia. It also highlights the glaring disparity between how those in positions of authority are perceived to flout laws or rules with impunity, while ordinary citizens are required to strictly adhere to laws and rules or face severe penalties. This significantly undermines public trust in government and the political system.

Yes, it does, and both sides are to blame.