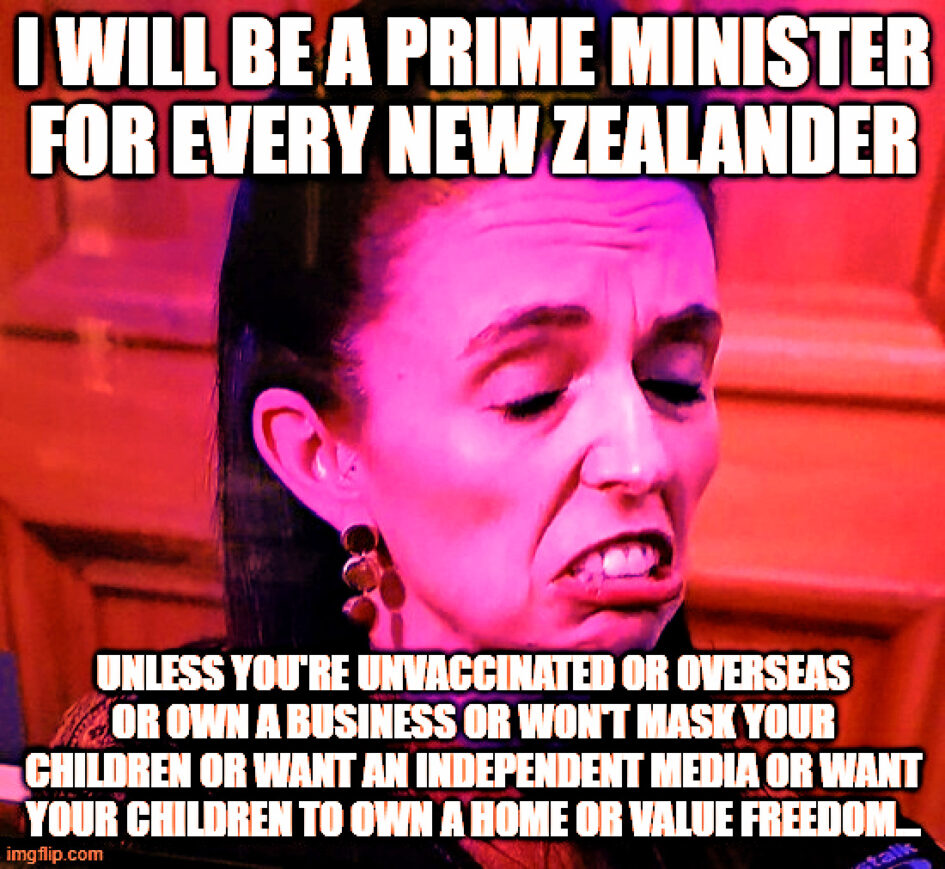 New Zealand Prime Minister Jacinda Ardern has resigned after months of rumours. Ardern, whose popularity has plummeted during the last six months, told us “she had nothing left in the tank.” In her resignation speech, she called on Labour Party ministers to consider which reform areas should be priorities and which should be scrapped as Labour moves to try to wipe some controversial policies off its plate.

The backstory to this resignation is a tale of woe. Ardern said today she wants to be remembered as someone who tried to be kind. The subtext is: the country is in an unprecedented mess but don’t blame me. School attendance is running at just 67 percent on any given day. Machete-wielding teenagers are ram-raiding liquor stores daily in an unparalleled crime wave. The health system is overwhelmed. Ardern’s government promised to build 100,000 new homes over three years. It has delivered just 1,500.

Our tourist, farming, and hospitality industries have never recovered from lockdowns and border closures. It now takes months to get a visa to visit NZ and the government says it only wants rich people to come. No wonder, we are all poor now. Ardern famously insisted on universal Covid vaccination mandates. There is a suspicion that our 90 percent vaccination rate has left everyone in a lethargic fog. Excess all-cause deaths are still running 15 percent above the long-term trends, and it is not because of Covid.

History will judge Ardern harshly, but don’t blame her alone. This was a Parliament who woke up on all sides of the house to the weakness of our constitutional arrangements (there are none). The Bill of Rights was tossed aside and no one in Parliament cared.

The leader of the National opposition, Chris Luxon, famously said pre-pandemic if he was in power, he would withdraw benefits from unvaccinated single mothers. David Seymour, leader of the ACT party, said those losing their jobs through vaccine mandates only had themselves to blame. Labour’s coalition partner, the Greens led by example, encouraging mothers in labour to ride to hospital on a bicycle (yes they did).

Revelations this week, that Ardern personally overruled her scientific advisors who were expressing doubts about the safety of Covid vaccines for young people and the wisdom of mandates, have circulated very widely and no doubt this further undermined confidence in the government.

Political insider and right-wing commentator Cameron Slater published an article 10 days ago saying that out of all the politicians he has known (and he has known most since Muldoon in the 1970s) Ardern is the only one he rates as truly evil.

Ardern’s government, in an absurd overreach, also funded a nationwide effort to discredit critics of policy, labelling them terrorists. This has divided a formerly egalitarian society, instituting a Stasi-like snitch culture that encourages us to dob in a neighbour. Government Disinformation Project employees appeared on funded films aired on television labelling knitting, blond hair, braids, vaccine hesitancy, love of natural foods, Yoga, and yes, motherhood as signs of terrorism that should be reported to the intelligence services.

Why did Ardern suddenly change overnight in August 2021 from being a kindly figure saying she would never mandate vaccines, to being one of the world’s most draconian proponents? We can only speculate. NZ is a member of the Five Eyes intelligence network. Given the Pentagon’s recently revealed massive involvement in US Covid policy and gain of function research funding, was she fed information that a bioweapon was in play? We will likely never know.

For a couple of weeks now government announcements and advertisements encouraging vaccination and boosters have been conspicuously absent. Has the penny finally dropped? We doubt it. It will take an honest, intelligent politician (are there any?) to roll back Ardern’s dictatorial powers and kickstart New Zealand. Why would any aspiring newbie give up that much power? The prospect will be too intoxicating.

Our final verdict: It is not Ardern but the whole NZ Parliament elected in 2020 that will be judged as the worst in our short history as an independent island nation, formerly famous for championing the underdog and offering opportunity to all. Ardern’s resignation is a bonfire of modern democracy.

Guy Hatchard PhD is the author of HatchardReport.com a popular covid science information site in New Zealand with a large following. He also runs the campaign for Global Legislation Outlawing Biotechnology Experimentation (https://GLOBE.GLOBAL). He was formerly a senior manager at Genetic ID a global food testing safety and certification organisation (now known as FoodChain ID). He has written a book Discovering and Defending Your DNA Diet (available from Amazon and the HatchardReport.com). Dr Hatchard has advised governments on natural food legislation and the risks of GM Foods. He lives in New Zealand.