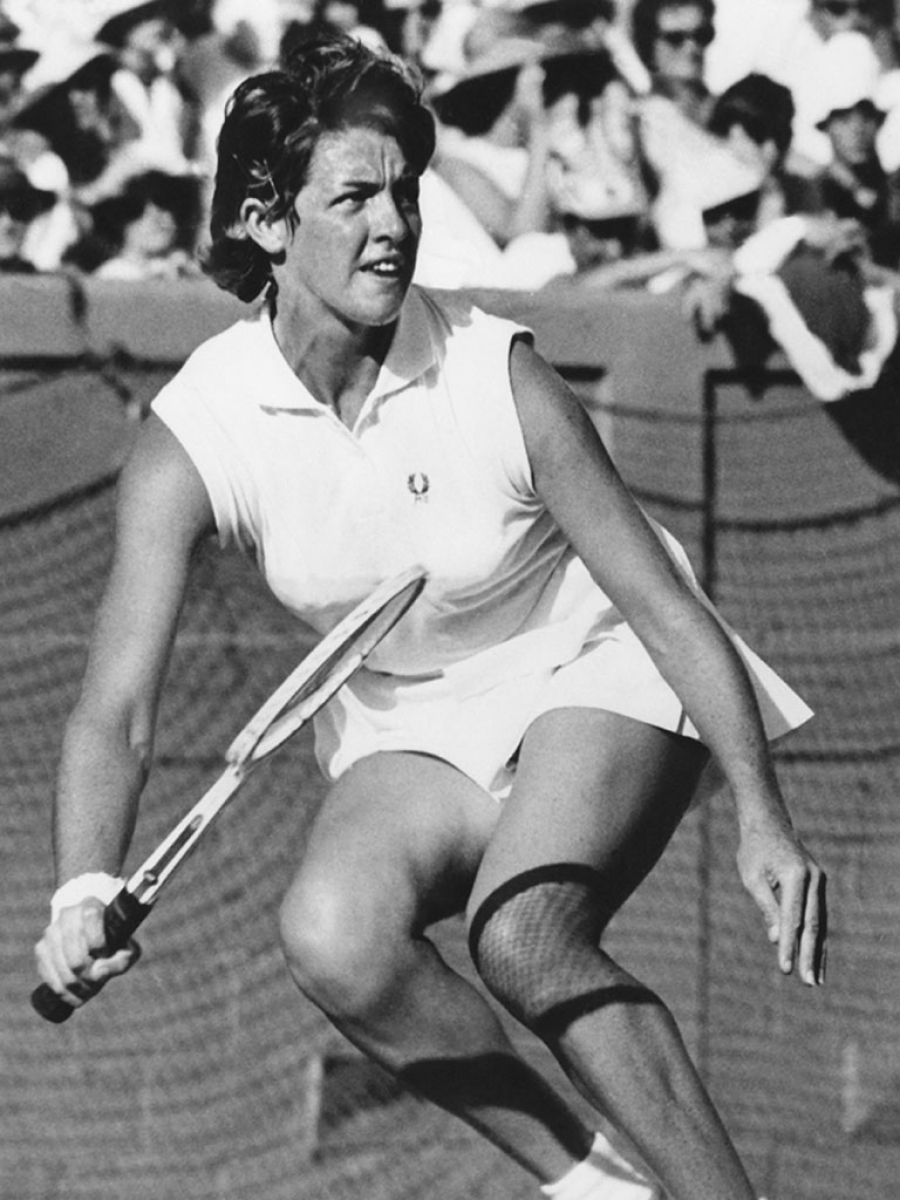 Margaret Court has brought on the ire of the diversity brigade because as a fundamentalist Christian she is opposed to gay marriage.

Ms Court has been promoted from an Officer of the Order of Australia to a Companion (AC); an honour opposed by LGBTQI groups and two state Premiers.

The tennis legend, now a minister in a Pentecostal Church, has been outspoken in her views against same-sex relationships and transgender people.

In a country which ostensibly embraces diversity and frequently mouths platitudes about free speech, one might have thought was her prerogative.

Former Australian Broadcasting Corporation journalist Kerry O’Brien ostentatiously refused to accept his Order of Australia as a result, declaring he could not accept his honour from the same body that would make “such a deeply insensitive and divisive decision”.

Ditto for Dr Clara Tuck Meng Soo, who in 2018 became one of the first General Practitioners in Australia to undergo gender transition and was given the Order of Australia for her services to marginalised people.

Here, one of Australia’s leading Catholic writers Paul Collits jumps into the fray.

The great Margaret Court is under attack.  Again.  For being a Christian with mainstream Christian beliefs, about marriage.  Our society stands at the brink, when citizens are vilified for having mainstream beliefs.

The woke trolls are on a roll.  They come in waves, for Christians who publicly proclaim their beliefs and defend Christian teachings.  It is Margaret Court killing season.  Again.  And even Israel Folau is in the news again.

I grew up in the sixties, when tennis was everyone’s favourite sport and when Australia was king.  And queen.

I missed seeing the greatest ever tennis player, the Rockhampton Rocket, because he had abandoned the amateur game to join a small troupe of professionals who roamed the globe playing what were, in effect, glorified exhibition games, for money.

It didn’t matter that we had lost Laver and Rosewall.  We still had Emerson, Stolle, Newcombe and Roche, who won the Davis Cup every year, on Boxing Day.

Most of the world’s tennis champions were Australians.

There was one who stayed the amateur course, though.  My father called her, affectionately, “Big Marg”.  She was a tall, imposing girl, named Smith.  She took the world by storm.  We loved her.  She took the fight to the Americans, mainly Billie Jean King (nee Moffatt).  She prospered with a powerful serve and volley game.  She did her country proud, peeling off majors like there was no tomorrow.  Her records, notwithstanding the seemingly endless efforts of an ageing, angry Serena Williams to overturn them, still stand.

After tennis, Margaret had married into the powerful Court family in Western Australia, and, along the way, became a vocal Christian.  She started a local branch of a church, the Victory Church, an international born-again Christian church rooted in the biblical teachings of Jesus Christ.

Rod Laver remains an Australian icon.  Modern day champions like Roger Federer weep over him.  Pete Sampras recognises Laver’s claims to be the GOAT – the greatest of all time.  Rod has lived mostly overseas, and was all but invisible to emerging Aussie generations of sports fans.  Most people had never heard of him.  Even fewer would have had a clue as to his personal views on any subject.  He has, thus, prospered.

His female peer chose a different route.  She chose a follow-up life that has now, in the faux-enlightened times of the twenty-first century, bitten her on the Christian bum.

The most recent outrage, occasioned by Margaret’s belated recognition as the equivalent of Laver in deserving an appropriately equal Australia Day honour, has shone an extremely inconvenient light on our morally impoverished culture.

Court has become used to being shamed for her Christianity.  The first wave occurred a year ago, when she was “honoured” by Tennis Australia for the fifty-year anniversary of her 1970 grand slam.

Now there is a fresh round of shame.  The usual suspects have emerged to shame her.  Politicians seem now to think that one of their job requirements is to insult their citizens.  They know not how to shut up.  They think their views are important, interesting, relevant.  They are not.  Not able to govern even moderately competently, they resort to abuse and invective in an effort to score points with a media and ruling elite only too ready to put the boot into Australians with whom they disagree.  Then there are the woke media “personalities” who have megaphones with which to bleat.

The latest round of attacks on Margaret coincided with Israel Folau’s re-entry into the consciousness of the media, via an apparent offer of employment to him by the St George rugby league club.  The trolls quickly put paid to that.  Another Christian denied employment opportunities for simply being a believing Christian.

The trolls love targeting third parties to ensure that Christians are denied employment and honours.  This is their ace up the sleeve.  They know that, without exception, harried third parties will roll over at the first whiff of grapeshot.  Optics.  Reputation as an enlightened institution.  Market approval.  Fear of being shamed by the trolls.  It always works.

So, what is the crime of these Christians?

Put simply, they believe that marriage is an institution whereby one man marries one woman, for life.  They believe this.  Worse, they state their beliefs in public.  A Christian duty, no less.  By the way, this is a belief that was accepted by just about everybody till eight minutes ago.  Including progressives.  And including homosexuals.  Bill Clinton.  Barack Obama.  Julia Gillard.  And so on.

Tracing when, why and how the big shift in social attitudes occurred is a matter for another time.  Politicians, as we know, are in the business of cow-towing to the zeitgeist.  They are doing this now.  Likewise, corporates now under the control of their human resources departments and determined to remain in the love of their (assumed) woke customers.

The loud voices have won.  They have captured the commanding heights, the key institutions.  The media.  The education system.  The corporates.  The bureaucracy.  The “personalities”.  The rich and famous.  The largely lesbian-controlled women’s tennis establishment.  The loud voices who “influence”.

Having won the debate over homosexual marriage, there are now merely mopping up operations.  Crush the remaining, feeble opposition.  Nail big names.  Silence them.  Cancel them.  Stop them speaking.  Eventually – stop them thinking wrong thoughts.

This is the unedifying victory lap of homosexual fascists and their progressive allies, determined to keep the boot firmly on the necks of cowed, recusant traditionalists who still believe, like Margaret and Israel, that marriage is a contract between a man and a woman.

We cannot let that stand!

We cannot control what you think (alas).  But we CAN deny you honours, and careers.  That is how we roll.  Control the narrative.  We win.

In the meantime, those of us who retain honour, charity and perspective will continue to cherish our sporting and civic champions and to accord them the right to live their lives in peace and prosperity.  This is an act of fundamental human decency.  Nothing more and nothing less.  It demands of us, both traditionalists who agree with the stands adopted and lovers of free speech who may or may not agree with those stands, to speak up and to act.  One of our problems, of course, is that the gulf between traditionalists and libertarians has grown wider, and is now probably unbridgeable.  Libertarians do not have their hearts in the culture wars.  They have much in common with those who think the Margarets and the Israels are not worth fighting for.  The gays and progressives now control the Liberal and National Parties, the institutions that we once believed would stand up for traditional values.

We should not expect our “conservative” politicians to stand up for our society’s traditionalists.  They have long since abandoned any desire to use their bully pulpits to defend Judeo-Christian virtue and principle.  They are now a part of the problem.  Not part of the solution.  At least we might have expected that they might have defended free speech.  We have a prime minister who values neither free speech nor a robust contribution to the culture wars that we once thought “conservative” politicians would engage.

In my memory, Margaret stands, ready to serve.  Tall.  Imposing.  A lovely yet intimidating sight for the poor victim standing at the other end of the court, waiting to receive serve.  She did us all proud.  Now she is under relentless attack.  A Christian martyr.  A warrior off the court, under attack from those without racquets, but with social power.