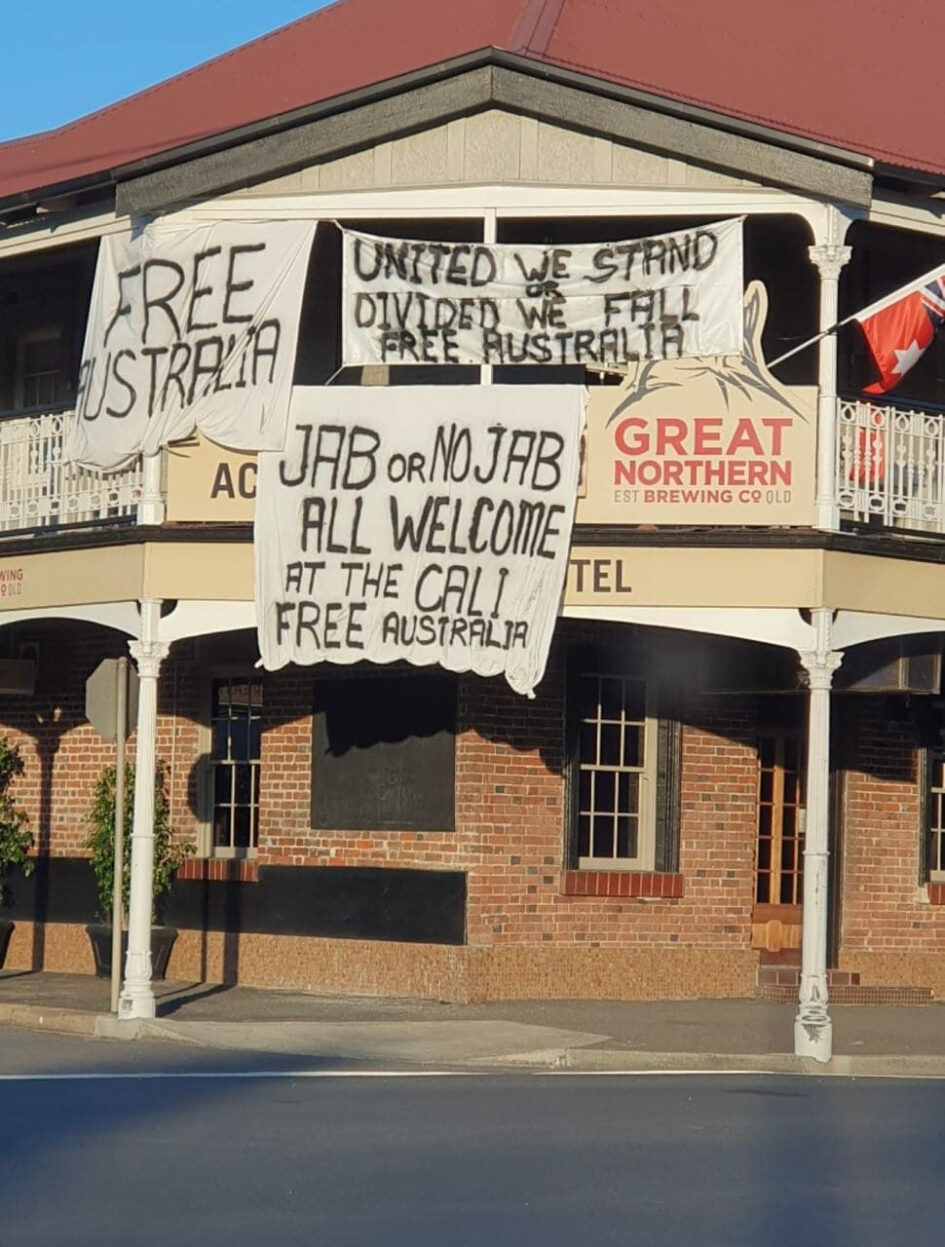 The NSW Supreme Court has dismissed two cases challenging the validity of COVID vaccine mandates for certain activities, including the ability to work in a number of industries.

Two legal challenges to NSW public health orders that restrict the activities of residents who have not been vaccinated against COVID-19 – including their ability to work in certain industries – has been dismissed by the state’s Supreme Court.

Other plaintiffs included a pregnant woman who is a staff member of Laverty Pathology and a worker at Bankstown Hospital.

Justice Beech-Jones said the plaintiffs “all state they have made an informed choice to refuse to be vaccinated and sought for the public health orders requiring them to be vaccinated to be declared invalid.”

This includes those that mandate vaccines for health and aged care workers, NSW Police, staff in public schools and preschools and the construction industry.

Their lawyers told Justice Robert Beech-Jones the orders were an attempt to coerce their clients into receiving a vaccination and discriminate against a minority group.

But the judge says the rules are really a temporary restriction on movement, which the plaintiffs could avoid if they decided to get vaccinated.

He found orders that differentiate between people based on vax status are not arbitrary:

“Instead, it applies a discrimen, namely vaccination status, that on the evidence and the approach taken by the Minister is very much consistent with the objects of the Public Health Act.”

The judge said it is not the role of the court to determine the efficacy of the response, the level of power involved or personal circumstances, rather, they are only there to discuss the validity of the legislation itself — to which it is not impeding the right to bodily function or other rights:

“It is not the court’s function to “conclusively resolve legitimate debates concerning the appropriate treatments for COVID-19 or the effectiveness of the vaccines”.

“Those are matters of merits, policy and fact for the decision-maker, not the court.”

Rather, it was the court’s function only to determine the legality of orders made under the Public Health Act.

In his reasons for dismissing the challenge, Justice Beech-Jones said “so far as the right to bodily integrity is concerned, it is not violated as the impugned orders do not authorise the involuntary vaccination of anyone.”

The judgment was broadcasted on YouTube (now unavailable), as each hearing of the case has been since it was first listed in early September. Over 40,000 people tuned in live.

Before today, the court’s streams have received 1,412,278 views, including nearly 390,000 on day one of the hearing proper on September 30, data from the court states.

“A noble effort, but the courts have always been a side-wing of the corrupt system, no different to mass media conglomerates that act as the PR wing of authorities. As has been said before, there are rights, and there are realities. It’s time to stop relying on internal sources to give you back rights that were originally taken by the same system.”

We essentially agree with the lawyer Tony Nikolic, that this is a pivotal case and much has been learned.

That means, of course, that there is very little point in being an Australian citizen and that the country can no longer continue to call itself a democracy.

As governments wishing to bury controversy have long known, and long practised, if they are legally or procedurally forced to make a public announcement detrimental to their interests, then the best time to do so is late on a Friday afternoon, when all the weekend papers have already been largely put to bed, when the shock jocks of radio have knocked off for the week, and when television announcers have no time to prepare even a 90 second grab for their evening bulletins.

The timing of the Supreme Court judgement, at 4pm on a Friday, has aroused just such suspicions.

Thanks to a two party preferred system, Australia has essentially become a one party state, with no effective opposition during the Covid era to rule by arbitrary diktat.

With no political or legal remedy for their grievances and the right to protest abolished under health regulations, individuals are left with very little recourse but civil disobedience.

That the NSW Supreme Court dismissed the extensive common law arguments put forward by the AFL legal team means that all the passion of sovereign citizens is not worth a pile of beans when they come up against Australia’s legal system as it now stands.

If the Australian High Court, the highest court in the land, agrees to hear the appeal, which in itself is a major legal hurdle, and then proceeds to find in the same manner as the NSW Supreme Court, that has profound consequences for the future of Australian democracy.

This case may either propel the creation of a Bill of Rights, which many lawyers, activists and academics believe is long overdue; or it will provide the legal underpinning for the nation’s descent into authoritarianism and ultimately totalitarianism.