“Mind-boggling” Waste Revealed in the Record Rise in Weapons Spending. The Best of 2021. 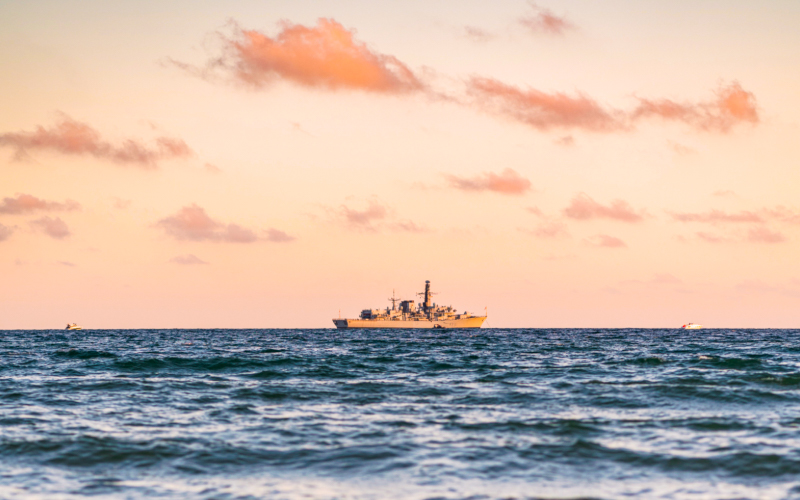 With the blow-out in the budget expected to hit nearly $1 trillion by 2023-24 as a result of the pandemic, one would think the Federal Government would crack down on wasteful spending. But when it comes to defence spending, too much is never enough.

Budget papers show defence funding will grow by a staggering 9.1% in real terms to $42.7 billion this current financial year. But much of the extra money will be wasted – yet again.

Then there’s the army’s new Infantry Fighting Vehicles, estimated to cost a “mind-boggling” $18–27 billion. The mid-point estimate for the cost of each vehicle is $50 million.

Then there’s the sustainment (running) costs for the Super Hornet and the Growler jets – a scandalous $100,000 per hour. This compares to $15,000 an hour for the older Hornets which still perform well.

But taking the cake is the planned build of 12 ludicrously expensive Attack class submarines – a program that is a financial and capability disaster. The cost has already gone from $50 billion in 2016 to $90 billion.

The official cost to build nine Hunter class frigates has risen 50% in four years, from $30 billion in 2016 to $45.6 billion in 2020. Moreover, that is three times the amount the US is spending to build its choice of a new frigate.

Australia’s Future Frigate project, called SEA5000, specified that the ship would be 8000 tonnes. However, for some unknown reason, the government chose BAE Systems’ 8800 tonne British Type 26 frigate. It was still in the design phase.

Now called the Hunter class, the planned frigate has grown to more than 10,000 tonnes. Compare this to the highly successful frigates the navy currently operates, the 4000-tonne, German-designed ANZAC class, which was built in Melbourne on time and within budget. Australia does not need anything bigger, so long as we don’t go looking for a fight on the shores of a superpower.

Following the sharply increased risk that big surface ships can be easily destroyed by supersonic and hypersonic cruise missiles, rail guns and torpedoes, a frigate the size of the Hunter class could quickly be sunk in a high intensity battle.

The belated discovery that two crucial radar systems, the AEGIS and the CEAFAR, could not be integrated into the existing Type 26 design apparently prompted the increase in the Hunter class.

This could also explain the extraordinary $6.27 billion that a senior defence official Cheryl Lutz told a Senate Estimates hearing on October 26 was needed for the design and “productionisation” phase.

This ugly jargon refers to finalising a design to ensure all components, including radars, fit together and suit a particular ship yard before construction begins. The magnitude of the extra spending is hard to justify. After all, the government supposedly choose the Type 26 because it was a proven design.

Compare this to the US’ plans. It is building a modified Italian-designed frigate, at 7400 tonnes, with the first 10 frigates costing just A$14 billion, according to a Congressional Research Service report on October 28. The US is spending more than $30 billion less than we are on the nine Hunter class.

Similarly, the Hunter class costs between two and three times as much as Korean and Japanese frigates of a similar size.

As for the army’s new Infantry Fighting Vehicles, the Australian Strategic Policy Institute’s budget specialist Marcus Hellyer says the expected $18–27 billion cost is mindboggling. And given how precision guided weapons can destroy armoured vehicles: “There’s an area of unreality to the entire enterprise,” says Hellyer.

Sustainment costs for new equipment are often two or three times as much as for their predecessors. Sustainment costs for the Army’s MRH-90 helicopters average more than $31,000 an hour, which, Hellyer says, is “ridiculously expensive for something that’s essentially an unarmed flying truck”.

Hellyer puts the sustainment costs for the Super Hornet and the Growler jets at a staggering $100,000 per hour. That compares to $15,000 an hour for the older Hornets which still perform well. The VIP jet flying the former finance minister Mathias Cormann around Europe in his bid to become head of the OECD costs $4300 an hour.

Because of continuing equipment problems, the US has still not moved to full production of its F-35 fighters more than 20 years after the plane was selected. Defence Minister Linda Reynolds wasn’t aware of some core problems facing Australia F-35s whose delivery, bugs and all, is almost finalised. She even praised a crucial computerised system as “cost-effective”. Yet the US Secretary for Air had already publicly condemned the multi-billion dollar system and the Pentagon junked it a few months later.

But the worst financial and capability disaster is the building of 12 ludicrously expensive Attack class submarines. Changes to the unique French design are not finished; the first boat is unlikely to be operational until the late 2030s and the last until well after 2050; and they will be obsolete before delivery. The costs do not stop there. Because the existing Collins class is due to start retiring in 2026, these delays will create a capability gap that will have to be closed by spending $15 billion to $30 billion to keep subs going.

The current plan is to integrate Australia’s new submarines with US submarines in the South China Sea where an accidental, or deliberate, incident could spark a full-scale war, unless all sides make a strenuous effort to ease tensions.

Australia would be better off scrapping the $90 plus billion Attack class and getting a version of the advanced medium-sized submarines the Singapore Navy is buying from Germany, the world’s biggest maker of quality conventional submarines. These low- cost, but formidable, boats can launch missiles from underwater to destroy submarine hunting helicopters and low flying surveillance planes. The first could arrive before the Collins start retiring, removing any capability gap.

Proven ships and planes can be supplemented by cheap drones. But Australian governments and their defence leaders, with help from lobbyists, choose immensely complex, overpriced and overmanned weaponry.

This piece was originally published on 24 January, 2021.

Brian Toohey began his career in journalism as a political correspondent at the Australian Financial Review in 1973. He edited the National Times in the 1980s and has contributed to numerous publications. He is author of Secret: The Making of Australia’s Security State.