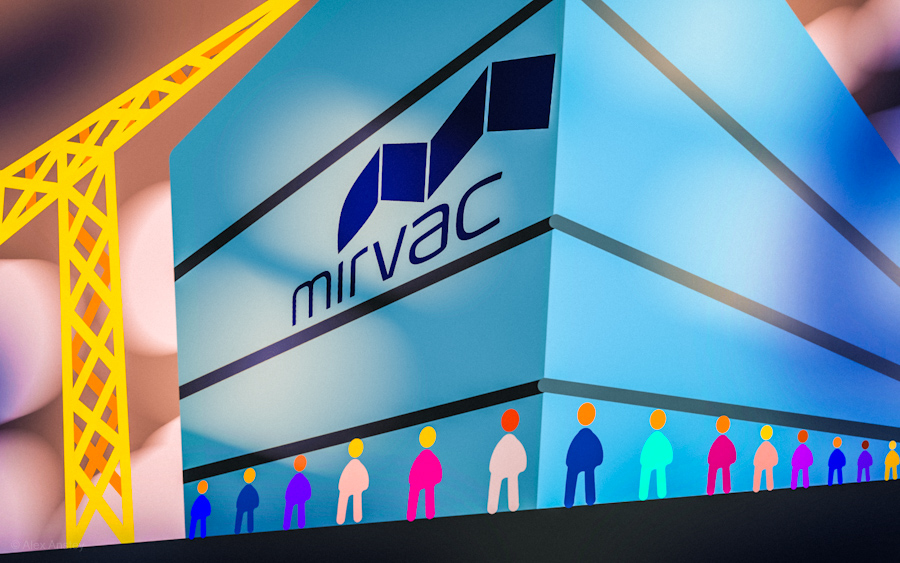 This story was originally published on Australia’s leading investigative reporting news site Michael West Media. As the author has written of this story: “Busting the $8 billion property juggernaut Mirvac for rorting JobKeeper this week reminds us of precisely why we are here, our raison ‘d’etre if you like. Our stories were followed up in the mainstream media, politicians touched base, there was a strong reaction across social media. And the Tax Office responded. They are on the case. JobKeeper is being rorted from pillar to post.”

Mirvac, an $8 billion property juggernaut, is claiming the JobKeeker subsidy. Michael West reports on large corporations rorting taxpayers by pocketing their employees’ PAYG tax while avoiding their obligation to pay entitlements to workers they have sacked.

While regaling shareholders with big-ticket commercial property spending proposals, Mirvac has concocted a devious plan to usurp the JobKeeper scheme. Not only does Mirvac pay zero income tax, thanks to its trust structure, it also profits from government contracts and, now, has even availed itself of the JobKeeper subsidy as well. It’s the triple-decker taxpayer sandwich.

This, despite the JobKeeper rules which prohibit companies with more than one billion in revenue claiming the payments unless their revenues have fallen by 50 per cent.

Detailed questions were put to Mirvac chief executive Susan Lloyd-Hurwitz, who is yet to respond, however a statement from a company spokesperson said:

“We have applied for JobKeeper assistance for some of our employees across the Mirvac Group where we have experienced a significant decline in our normal operations”.

As Mirvac records revenues of around $2 billion a year, it should not be eligible for JobKeeper. Moreover, it has not informed the ASX that its revenues are down by more than 30%.

It appears therefore that Mirvac is being cute. Large property groups have typically established dozens of Special Purpose Vehicles (SPVs) to house their various businesses and game the GST regime.

Presumably, although part of a larger group, Mirvac is claiming JobKeeper based on the performance of some of these SPVs, probably where they can claim a 30% fall in income based on specific GST records within certain timeframes.

One former Mirvac manager, who was fired by Mirvac in April, told Michael West Media that, along with another colleague who was also fired, both were asked to fill out JobKeeper application forms.

“Mirvac chose to fire contracted employees across the entire business on April 21st 2020 “due to COVID”. The decision had nothing to do with the need of the specific roles as all different contractors were terminated.

“Mirvac exploited this COVID-19 crisis as a way to fire all staff employed on contracts. Considering that retail centres were open as an essential service our roles my role was certainly not genuinely redundant.

“I would think any business cannot use the pandemic as a guise to get rid of employees that they would otherwise be unable to dismiss under the laws of unfair dismissal.

“I was asked to work out the rest of the week and so still had access to my emails and phone. I received a termination letter … and then, later that week, received a JobKeeper nomination form from Mirvac HR. I cannot imagine why they would need me to fill out a JobKeeper nomination form if I am not keeping my job. I also received a follow-up phone call from one of Mirvac’s HR team on my personal phone number asking me to fill this out.

“What it did show was that Mirvac was clearly in the process of applying for JobeKeeper payments and should have incorporated that scheme to protect all staff.”

Mirvac’s chief executive declined to respond to specific questions regarding the amount of JobSeeker claims it had made or whether the board of the company was aware that it had been claiming the allowance.

According to the Government’s JobKeeper rules, a big business with more than $1 billion has to show a fall in turnover of more than 50% to be eligible to claim JobKeeper:

Aggregated turnover tests for entities likely to exceed $1 billion:
Large businesses must show a shortfall percentage of 50% or more.

For the purposes of determining if the 50% shortfall percentage applies, a large business is an entity that:

1. On what grounds is Mirvac applying for the JobKeeper subsidy? It is a billion-dollar company whose revenues have presumably not fallen 30% (the eligibility criteria)?

2. What eligibility criteria is Mirvac invoking to claim JobKeeper?

3. How many employees and ex-employees has Mirvac claimed for?

4. Could you please respond to this claim by somebody who used to work for Mirvac in March: “Mirvac chose to fire contracted employees across the entire business on April 21st 2020 “due to COVID”. The decision had nothing to do with the need of the specific roles as all different contractors were terminated.

Mirvac exploited this COVID-19 crisis as a way to fire all staff employed on contracts. Considering that retail centres were open as an essential service our roles my role was certainly not genuinely redundant.”

5. Does Mirvac retain the tax of PAYG employees who are now on JobKeeper?

6. Do you agree this amounts to a taxpayer subsidy which also allows Mirvac to avoid having to pay entitlements to workers it has let go?

7. Has the board of Mirvac been privy to your JobKeeper activities and have they been discussed at board level?

8. Has Mirvac taken legal advice in relation to its JobKeeper claims? Please detail.

We have been impacted right across the breadth of our business, which is why we withdrew market guidance in March. We still have some way to go before we understand the full extent of the impact.

We moved quickly to implement a number of key measures in response to COVID-19, including

– a voluntary 20 per cent reduction in remuneration for the ELT and the Board, from 1 April to 30 June, to preserve cash and jobs; and

– a voluntary reduction in working hours for most employees, from 1 May to 30 June, to share the impact across the business.

We have applied for JobKeeper assistance for some of our employees across the Mirvac Group where we have experienced a significant decline in our normal operations.