Listening to Everything: How Sound reveals an Unseen World 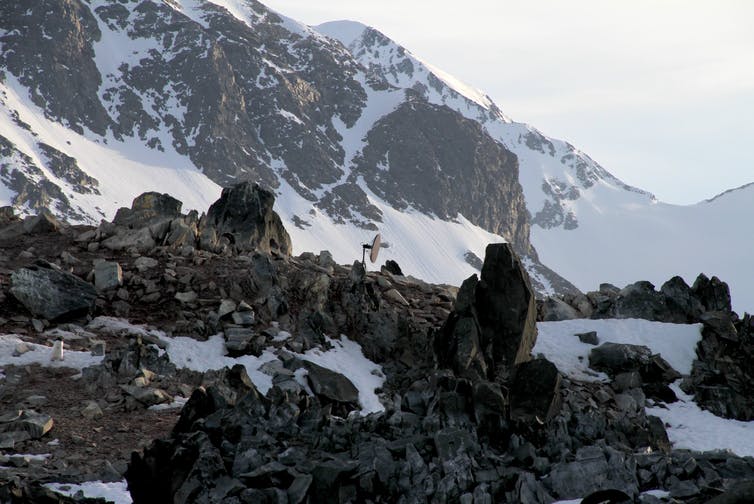 Vision is often regarded as first among the human senses, as our eyes are the way most of us come to know the world. However, vision has its limits.

Even now, as you use your eyes to read this, other senses are in operation that open up a greater appreciation of the world. Perhaps the most powerful of these is listening – audition.

Sound carries cues about the world we might otherwise miss. And with the development of new technologies and the work of dedicated scientists and artists, we can today listen to what was previously unimaginable, from the inner workings of plants to catastrophes in distant galaxies.

In my own work, currently exhibited at the Museum of Brisbane, I have made field recordings of environments and creatures around the world. These works take their place alongside an ever-growing collection of recordings revealing the unheard sounds of our world.

The limits of the ear

Humans can only hear a limited range of sounds: those with frequencies between about 20 hertz (low sounds like thunder) and 20 kilohertz (very high sounds like some species of bats). Other sounds exist outside the scope of our auditory capacities.

Strictly speaking, a sound is a vibration in air. But we can also think of other kinds of vibrations, such as electromagnetic waves, as having the potential to be registered as sounds.

With the right kind of technological translation tools, you can hear the electromagnetic sounds emitted by devices like the one on which you are reading this right now.

Why should we listen?

Listening is a different way of knowing the world that expands our understanding. Sound travels around corners and through walls, from places that are out of sight.

Our ears are a gateway to a deeper sensing of the world. Take bird calls, for example.

For most, even those of us living in densely populated urban centres, dawn’s arrival is trumpeted by a chorus of bird calls. These voices, that seemingly splay out in all directions suggest acts of territorial dominance, of the seeking and discovery of food and other fundamental activities of animal species. A variation of the chorus occurs again, as the sun vanishes over the horizon.

These daily occurrences are so commonplace as to not draw themselves to attention. But on closer examination, we are discovering they reveal much about habitat health, seasonality and other environmental markers.

Today we are listening to more of the world, and beyond, than ever before, with the growth of disciplines such as bio-acoustics, radio telescopy, and more philosophical fields such as sound studies.

The proliferation of technologies such as hydrophones (underwater microphones) and electromagnetic receivers has also increased the reach of our ears.

It’s this combination of intellectual, scientific and artistic curiosity, matched with technological developments and availability that have resulted in the capture of some incredible sound events that exist well beyond the visual plane.

Just a quarter of a century ago it seemed like science fiction that we might be able to capture the sound of two black holes colliding in space – but scientists did it in 2015.

These discoveries and others like them have fostered new research programs that aim to undertake the deepest and most concentrated galactic listening to date.

As above, so below

We have made many discoveries closer to home, too.

We have known for a long time that the underwater world is rich in sounds, but it has been underrepresented in dedicated research. This trend is changing, with numerous studies highlighting the rich acoustic diversity of rivers, oceans and reefs.

On land, the Australian researcher Monica Gagliano has explored plant audition. She demonstrated how plants can use sound to find water – so next time your plumbing is blocked by a plant’s roots, keep in mind they have been listening to the water flowing through the pipes.

Equally profound are the studies of bioelectrical sounds emitted by plants carried out by artists such as the Irish “sound ecologist” Michael Prime. For several decades, Prime has catalogued various bioelectric emissions from plants. At times they resemble unsettled but rhythmic avant-garde music.

This curiosity for listening into places and those that inhabit them, has also spawned a zone of creative sound practice called field recording. A field recordist is a listener who is primarily focused on capturing the sonic aspects of environments that captivate them.

Once a marginal part of the sound arts canon, field recording has come to be regarded as a critical field of creative engagement. This year artists such as Philip Samartzis have been memorialised in a series of Australian Antarctic postage stamps.

Even if you don’t want to make your own field recordings, you might be interested in listening to the sound walks of Canadian artist Hildegard Westerkamp, or experiencing the situational listening of Japanese artist Akio Suzuki’s Oto Date project.

These works, like my own Site Listening at the Museum Of Brisbane, recognise that the more we listen into the world around us, the more we realise we are yet to hear its true resonances.

A Sense of Place Magazine, Australian Independent News Sites, How Sound reveals an Unseen World, Listening to Everything, Museum of Brisbane