Horse by Australian born Pulitzer Prize winning Geraldine Brooks: A richly detailed examination of the violence of America’s past 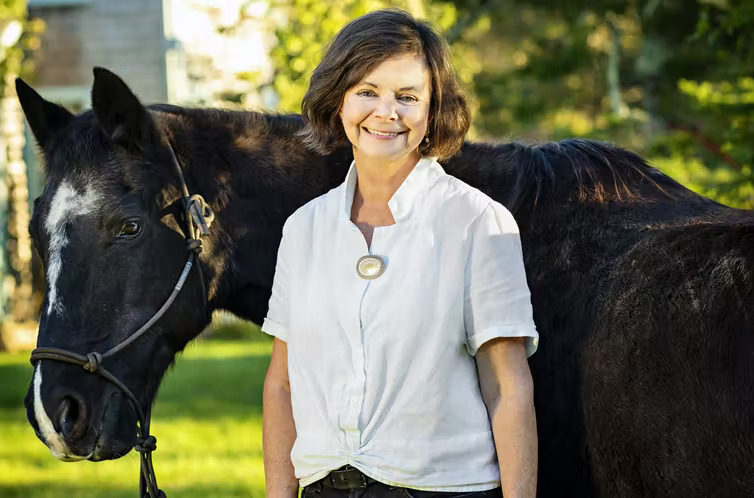 In a letter accompanying the advance copy of her latest novel, Pulitzer Prize winner Geraldine Brooks reveals the inspiration for Horse.

The author was propelled into the research for this masterly work by a chance conversation with a staff member from the Smithsonian Museum regarding the fastest, most celebrated American racehorse of the 19th century:

A horse so fast that the mass-produced stopwatch was manufactured so his fans could clock times in races that regularly drew more than twenty thousand spectators. A horse so handsome that the best equestrian artists vied to paint him …

Brooks offers a richly textured, intricately developed narrative about that magnificent horse, his trainer, the artist who painted them, and those who restored the skeleton of the great creature in a museum many years later.

She refers to these elements as the “factual scaffolding” for her novel. As the reader discovers in the potted biographies of a dozen or so historical figures Brooks has provided, the scaffolding is a robust and complex structure.

Indeed, this is a novel that explores and exposes real historical figures and actual conditions, events and forces. These are animated through Brooks’ exquisite character construction. Horse deftly reveals the long-term effects of history, depicting the continuities of the brutal treatment of African Americans in the United States during the era of slavery and its deadly manifestations today.

Horse is a daring and disturbing novel, in that Brooks makes not one but two young African American men the central characters.

She draws a sustained comparison between the young horse trainer, Jarret, an enslaved man with a prodigious talent for horsemanship and an equally profound love for the animals, and Theo, a doctoral student at Georgetown and one-time Oxford polo player, who has a dog called Clancy and an immense knowledge of 19th century painting.

The novel is daring because Brooks presents the action variously from the point of view of each of these men as the novel progresses (as well as several other characters, including an Australian curator). It is disturbing because of the extreme cruelty each young man endures, despite the historical distance between them and the marked contrast in their social and economic circumstances.

The wealth of historical detail is an impressive element in Horse, and yet it is worn lightly. The world of horse training and racing and its rapid development in the antebellum South – a world of geopolitical tensions and catastrophic greed – provide the background and impetus for the story of the origin, training and career of the exceptional horse known as Lexington.

Plantation life and its hierarchies of enslaved and other workers are revealed through Jarret, who tenderly and expertly rears, trains and protects this extraordinary horse.

He faces the insatiable demands of the track masters and his vulnerability as a man owned by another and sold at a whim. At first, he is “Warfield’s Jarret”, then “Ten Broeck’s Jarret”, “Alexander’s Jarret”, and finally “Jarret Lewis”.

The relationship between Jarret and the horse in his care is the core of the novel and the source of its power. Beyond the novel’s ingenious structure and engrossing historical depth, Jarret’s intense connection to this being provides Horse with much of its strength, warmth and beauty. When he realises that his beloved Lexington is going blind on a long journey from New York City, Brooks writes:

They had stopped for long rests at farms where Ten Broeck had connections, and in every strange place, Jarret worked from light to last on building Lexington’s confidence. He slept in the pasture so that the horse would be reassured by his familiar scent. By the end of the journey even a strange paddock held no terrors.

The abuse of Jarret and the horses is a constant threat. Brooks renders Jarret’s unflagging resistance and fortitude carefully and without sentimentality.

Brooks’s knowledge and understanding of horses permeates this compelling work of historical fiction. She presents detailed descriptions of the anatomical variations of thoroughbreds, the biomechanics of their speed and strength, breeding strategies, the methods and foibles of farriers, and the individual temperaments of a range of horses.

These details infuse the story with a distinctive power. The daily regimes of training and the exigencies of the 24-hour care provided by Jarret are rendered with suppleness. The suffering of Lexington and his record-breaking triumphs on the racecourse are vividly depicted and provide the novel with its narrative arc.

The novel’s account of the business of portraiture, including the painting of prize horses, as a feature of 19th century pastoral life and as a form of wealth signalling, offers another rich seam. Brooks understands art history and the world of curatorial and institutional rivalries. Most of all, she understands the precarity of artists’ lives in the past and present, and portrays them with insight.

Among a large cast of characters, artists Jackson Pollock and Lee Krasner, philanthopist Paul Mellon, and art dealer Martha Jackson appear in later chapters as the mystery around a particular painting unfolds. Even here there are no false notes, as the story of the art world intersects with the lives of the horse trainer, owners and their families.

An exploration of violence

Horse is explicit in its exploration of violence – the violence of the most powerful over the least powerful in American society before, during and after the Civil War. Brooks presents violence towards non-human animals and their ruthless exploitation for maximum financial gain as corollaries of the broader violence of society.

The gradations of violence from casual to systemic and the complexity of the relationships created by Brooks allow for a steady consideration of historical and contemporary conditions without a hint of the didactic.

Historical fiction has attracted disdain from critics for several reasons. These have included its association with Sir Walter Scott and conservative nationalism, its blending of fact and fiction, its connection with Gothic novels, its origins in romance, and its evolution into popular romances.

In 1901, Henry James stated that historical fiction suffered from a “fatal cheapness”, because it is impossible for a writer to represent the consciousness of a person from an earlier time using their “modern apparatus”. James argued that writers should come back to the “palpable present”.

Wood does, however, make an exception for Hilary Mantel, praising her “novelistic intelligence”, lack of sentimentality, and characterisation. The same case can be made for Brooks with Horse.

Her careful creation of sensibility in her characters, her overarching intelligence, and her refusal of sentimentality represent historical fiction at its best. Brooks has once more weighed into American history, offering bold characterisation, a compelling story, and a fresh perspective on narratives of self-definition, progress and change.