Governments Benefit From Drug Prohibition to the Detriment of Public Health 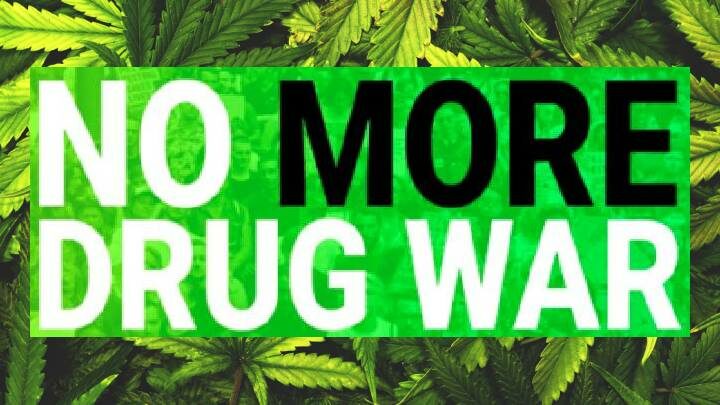 Politicians across the globe choose to disregard the overwhelming and mounting evidence that drug prohibition has been an abject failure.

The century-old experiment of outlawing most popular psychoactive drugs, with the major exception of alcohol, has led to the creation of extensive criminal networks, enhanced use and production of these substances, no quality controls, and the destruction of numerous lives via criminal sanctions.

Portugal decriminalised the personal possession and use of all illicit substances in 2001. At the time, one percent of the nation’s population was dependent on heroin. Two decades later, and the results show the removal of criminal offences has led to better health and societal outcomes.

The denial of the right to take certain psychoactive drugs that have been used by humans since prehistory should be a civil liberties issue par excellence, except the demonisation of these substances has been so all-pervasive that to raise the issue is to invite incrimination.

To virulently fight against taking climate action despite the harm it’s causing, as Scott Morrison has done over his entire political career, makes a modicum of sense when short-term profits are factored in.

But when it comes to the expense of running the drug war, along with its accompanying counterintuitive outcomes, the benefits wrought by ministers in their persistent refusal to even consider a health approach to the drug issue is less obvious.

US president Richard Nixon launched the war on drugs in June 1971. Back then, international drug prohibition treaties had been operating since the early years of last century, and these laws had recently been consolidated under the 1961 UN Single Convention on Narcotic Drugs.

Nixon’s drug war enhanced the law enforcement approach to the pre-existing bans on psychoactive substances. And while its origins were in White House, this increasingly militarised approach to the policing and control of drugs spread globally, with noncompliant nations prodded into submission.

This heavy-handed crackdown on drugs was done on the pretext of protecting the public health. However, decades later, Nixon’s domestic affairs aide John Ehrlichman revealed that the true reason for the drug war was to provide the administration with an excuse to undermine its opposition.

Nixon saw Black communities and the antiwar left counterculture as his two main adversaries, and the heightened criminalisation around the use of drugs provided the authorities with a justification to silence dissenting civilians within those sectors by targeting their drug use if practical.

Hence, this scenario shows that the criminalisation of drugs can be weaponised in a targeted manner by those in power against those who might pose a political threat in order to silence their voice via any sanctioning in relation to charges, or straight-out stigmatisation via association with drugs.

Harming those who partake

In terms of public health outcomes, the Portuguese decriminalisation model has resulted in that nation’s drug use rates and drug-related deaths both being below EU averages, whilst the number of drug-related prisoners has dropped from 40 percent of the inmate population to 15 percent.

In the local context, the Berejiklian government’s official inquiry into the drug ice recommended decriminalisation, as did the NSW Coroner in relation to an inquest into drug-related deaths at festivals, while many faith-based groups and legal associations now advocate this as a way forward.

However, the NSW Liberal Nationals government has done everything it can to knock back any suggestions of real reforms that might be of benefit to the health of drug consumers – usually young people in our state – in an apparent effort not to appear soft on drugs.

This point was highlighted over the 2018/19 summer music festival season when five-drug related deaths occurred at events, and despite widespread calls to consider pill testing, then premier Gladys Berejiklian called an expert panel to consider everything but the evidence-based lifesaving model.

The Coalition went so far as to draft laws that threatened the viability of the entire festival industry in a grand effort to avoid implementing the intervention proven to save lives, which clearly shows a political stance being prioritised over any consideration of the health of youths dying at festivals.

A means of control

At the federal level, the two major parties are engaged in a bipartisan project creating what’s termed the surveillance state.

Since the 2001 9/11 attacks, both parties commenced passing national security and terror bills that have constructed a vast framework of intelligence and enforcement laws.

Home affairs minister Karen Andrews passed the 94th piece of legislation relating to this project in March. These latest laws enhanced the powers of agents operating within foreign focused intelligence agencies, making it easier for them to spy on domestic targets.

And in creating these vast surveillance networks, if it’s not terrorists or paedophiles that politicians invoke as the reason for rolling out new laws, which incrementally erode at the rights of all, its drug manufacturers and traffickers who are necessitating these measures.

Indeed, international drug bosses are often the excuse politicians cite as reason for the growing number of invasive laws that serve to control the entire population, whereas it’s these very laws that prohibit certain substances that create the circumstances for these criminal networks to thrive in.

At an 8th June press conference last year, Scott Morrison announced the success of Operation Ironside: a transnational drug sting that led to dozens of arrests and seizures. The whole global investigation was facilitated via laws Peter Dutton oversaw the passing of as home affairs minister.

Just as there was no real talk about the ongoing plight of Julian Assange during the election campaign, there was also a bipartisan consensus against any discussion of the ongoing harm that’s being caused in this country due to the prohibitive laws around drugs.

The only party with a strong presence in federal parliament that raised the issue was the Australian Greens, as it has vowed to legalise cannabis and create a regulated nationwide market if it holds balance of power post-election.

The Greens official drug policy actually provides a rational outlook on how to deal with the destructive war on drugs, as it provides steps towards ending the continued punishment of those who partake in what over 40 percent of the population has tried at some point in their lifetime.

But then again, having that crime hanging over the head of so many of us might serve as a useful tool somewhere down the track for those in power.