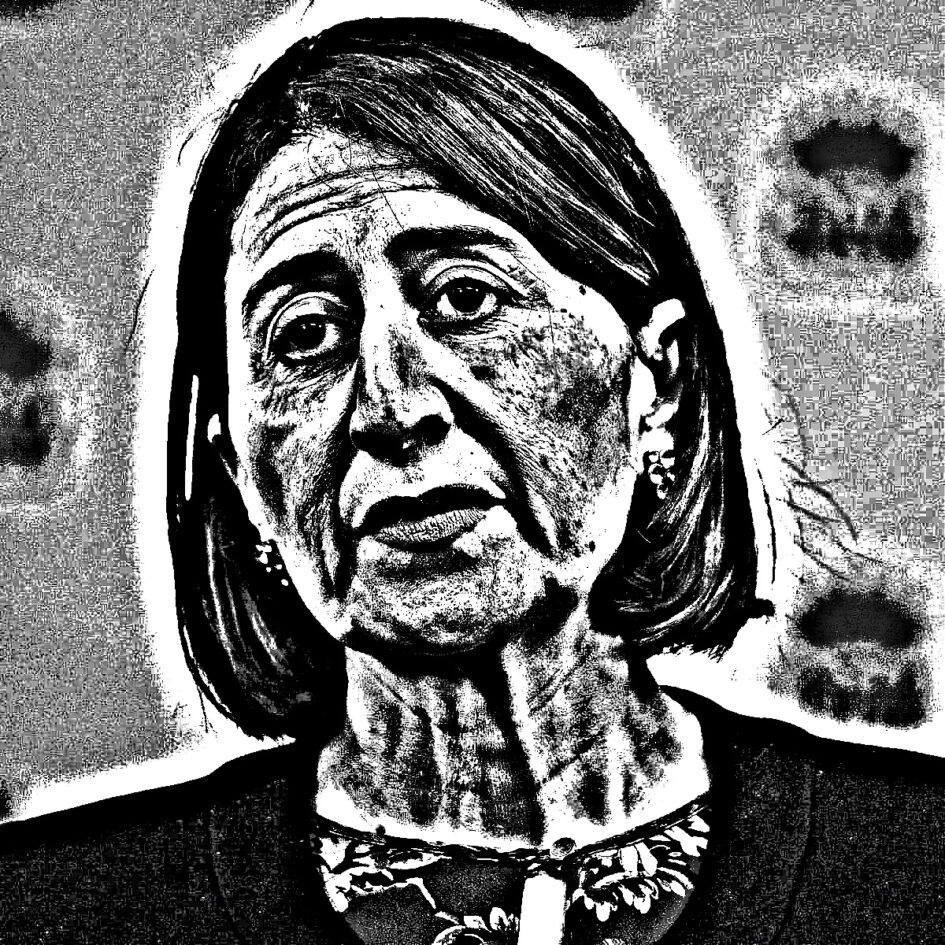 SOME years ago, I essayed that Malcolm Turnbull was, for the Liberal Party, the Manchurian Candidate par excellence.

Readers may recall the 1962 film classic in which a prisoner of war was brainwashed by communists into becoming an assassin in the United States. Gladys is not running a Liberal government in the sense that anyone would understand it to be…

Or we could think of the notion of the “trojan horse”, which is, on one definition in the cyber age: “… a type of malware that is often disguised as legitimate software.”

“Malware”, indeed. The inference is clear. A man with the sole purpose of re-designing a political party in his own image – Leftist, green, globalist, woke – joins the Party with alleged credentials, apparent sympathy for the Party’s ideals and seeming good intentions, only to destroy it and all who try to stop him.

An enterprising editor spotted the opportunity to amend the term “Manchurian” by changing one letter, to give it particular contemporary Australian resonance.

Paraphrasing Oscar Wilde, for the Liberal Party to have one Malchurian candidate may be regarded as a misfortune. To have two looks like carelessness.

Let us look at the early words of the current NSW Premier upon gaining her high office in the Rum Rebellion State.

On November 9, 2017, a mere ten months after becoming the State’s 45th Premier, she fronted The Sydney Institute, as all good liberals do.

She even got a preview from Sean Nicholls in The Sydney Morning Herald, with much affection.

The Premier, pretending to be a liberal, pointed out that John Locke in the 17th century espoused “an individual’s right to life and liberty”, Adam Smith in the 18th century argued for “limited government” and John Stuart Mill in the 19th century advocated “individual freedoms, free speech and, most importantly, equality of opportunity”.

No sitting parliament to “limit” it. Surreptitious announcements via email to those who have the limited government app. The latest restrictions cleverly buried in the fine print.

Individual freedom? What was that sound I heard? Was it the Two Treatises on Government hitting the Macquarie Street pavement with a thud?

Perhaps it was On Liberty thrown out the window. Free speech, I hear you say. Is that like the right to protest against your COVID State, a technocratic dictatorship that would make each of your favourite liberals spin in their graves?

The 2017 speech said the digital revolution is “giving more people than ever before a voice on the decisions that affect them”.

What, like compulsory QR codes that track everywhere you go so the government can order you into your own home to protect us all from a virus whose most common symptom is feeling fine.

She went on. The people are “demanding that governments listen and respond to their everyday concerns. And moving quickly to punish those governments that don’t”.

What was that about listening to our concerns? You and your health minister deceive us every single day about the efficacy and need for vaccines.

You lie about the extent of the “crisis”, in which thousands of people are reported daily as testing positive, but not that most of these who actually get very mild viral symptoms, and only a tiny minority do worse than this.

You and your mates in the political class have mandated the crushing of families, communities, economies and hopes, on a political whim and a political gamble.

Our concerns are expressed daily by Tanya Davies MP, a member of your own Party. I understand you shut her down in the Party Room.

Listening? What about your minister’s appearance before a parliamentary committee, where he shut everyone down, including your own health adviser? A performance that has gone around the world online. A humiliation of our State. Listening? Maybe we need to talk more loudly. Would you listen then?

The Premier stated that “good Liberal governments in the 21st century must build the compact of trust and shared responsibility with citizens and civil society, a compact that has broken down in many countries”.

Really? Trust in the NSW government? Cheer on abortion-on-demand legislation when it never was raised in the election campaign?

Destroy the downtown of the State capital with a series of unwanted and debilitating decisions, like the lock-out laws, the interminable construction of the unwanted vanity light rail, and, of course, COVID lockdowns?

Crush our energy sector? Waste billions on knocking down perfectly good stadiums? Reverse decisions at will as a result of sleazy deals, like with the Powerhouse Museum?

Cover up a years-long relationship with a crooked MP, even from colleagues?

Ignore the plight of regions locked down for no reason other than to bully the people into having vaccines? Hand over the running of the State to a lobbyist? This NSW government has redefined the meaning of “trust”.

She claimed in 2017 that the challenge is to govern for all “and put equality of opportunity at the heart of every decision we make”.

Would that include equal opportunities to go to the pub, or even to keep your teaching job, for those who refuse the State injectable?

This does not sound, to me, like the action of a government which respects equal opportunity.

Gladys is the first premier in Australia to introduce vaccine apartheid, a policy which her Liberal mate in Canberra – yes, I do realise she has described him as “evil” – has described (correctly) as “discrimination”.

I judge this to be the very opposite of that value that she so vigorously espoused four short years ago. When we thought she might be a liberal.

The neophyte Premier had this observation on her Big Tech friends: “But it is telling that their inherently liberal ideas are the ones shaping our present and our future.”

In attempting to align herself with the then innocent-seeming innovation revolution, she failed to see the sublime irony of thinking these people are “liberal” in any sense of that term.

This reference occurred a few paragraphs after her reference to free speech. No one now could mistake Mark Zuckerberg for someone who believed in free speech. Controlling the super highway infrastructure,

Zuckerberg has installed a censorship machine as good as any in history, in which dissidents are silenced and where false information and propaganda rule.

At the same time that Gates was personally ing global vaccine dictatorship that Gladys Berejiklian is now happily executing in her State.

No jab, no job. Another of hers and Bill’s liberal ideas. This amounts to the trading off of one liberty for another. No, this woman is no friend of liberty. No friend of Locke, Smith or Mill.

That people like the technocrat Victor Dominello, recently profiled here and another friend of Big Tech, prospers in the moral vacuum that is the NSW Liberal Party should come as no surprise.

He thrives, as do his close friends Matt Kean, who is almost single-handedly crushing the NSW energy industry with wall-to-wall rabid environmentalism, and Don Harwin, the man who got sacked for about five minutes for breaking COVID rules with his boyfriend, before a triumphant return to the Ministry.

All, of course, are from the ruling Moderate faction, and the three form the Premier’s “praetorian guard”, as one journalist has termed it.

As Andrew Clennell noted after the 2019 election, 13 of the 17 Liberal Ministers are Moderates. One from the Centre Right. Three from the Right. (That many? I hear you say.)

That about sums it up. This is not a Liberal Government in the sense that anyone would understand it to be. No equal opportunity for conservatives, then.

The Unspellable Armenian is loyal to her mates. Dominello’s close ties to the Premier go way back – to his own preselection for the seat of Ryde in 2008: “Are you interested in running?” she asked. “’Not at all,” Dominello replied. ‘”In any event, I’m not a member of the Party. And I don’t even live in the area any more.”

Berejiklian assured him all these hurdles could be surmounted.

Of course they could! Just get Michael on the phone. Victor is still repaying the favour. He noted when his Dear Leader was under the pump for seemingly lying under oath in 2020: “Glad has sacrificed her life to serve the people of this State. She is unquestionably one of the greatest leaders this country has ever seen.”

A little of Julia Gillard’s hyperbowl, right there. Then again, Victor once described Michael Photios as “prodigiously talented”. There is no accounting for taste.

Like our Glad, we find that Victor is also not averse to changing his mind on things that were once important to him. As Labor MP Adam Searle noted (in 2020): “The NSW Labor Opposition is calling for Ryde MP Victor Dominello to resign from his position as a Minister, following reports that his own Liberal government will approve a controversial mega-tower in Macquarie Park in his Ryde electorate.”

Mr Dominello staked his whole 2019 election campaign on opposing the development, as part of a so-called “development freeze” in Ryde.

This, by no means an isolated example, shows a malleability when it coming to principles, a moral agility, a willingness to call white black if and when it suits.

This is the stuff of the machine politics that so characterises NSW governance, whoever is in office.

It has been perfected under the Photios/Berejiklian regime, what with just about every single member of the Cabinet being a true son or daughter of the Left.https://politicom.com.au/gladys-affair-surprising-not-shocking/embed/#?secret=JcdyfvABHH

There are simply no internal checks and balances to prevent absolute power corrupting absolutely, to stop those at the top believing they can simply do anything they want with and to the State and its citizens.

No, Madam Premier, your government is not remotely even a simulacrum of liberalism, and your attempted alignment with the classical version of this philosophy is, with hindsight, perverse.

You have let down the great liberal philosophers of yore, those who you quoted with such abandon.

Your values are not theirs. Not ours.

You and your ministers have repeatedly demonstrated that your high ideals of 2017 were empty words and false promises.

You reveal each day in this miserable State, a State that you and your government have ruined, that you do not know the meaning of the word “liberal”.

Just like your Tech buddies whose deeds are crushing freedom all over the world.