Finding Tom in the Philippines Life: as an Adventure Vlogger 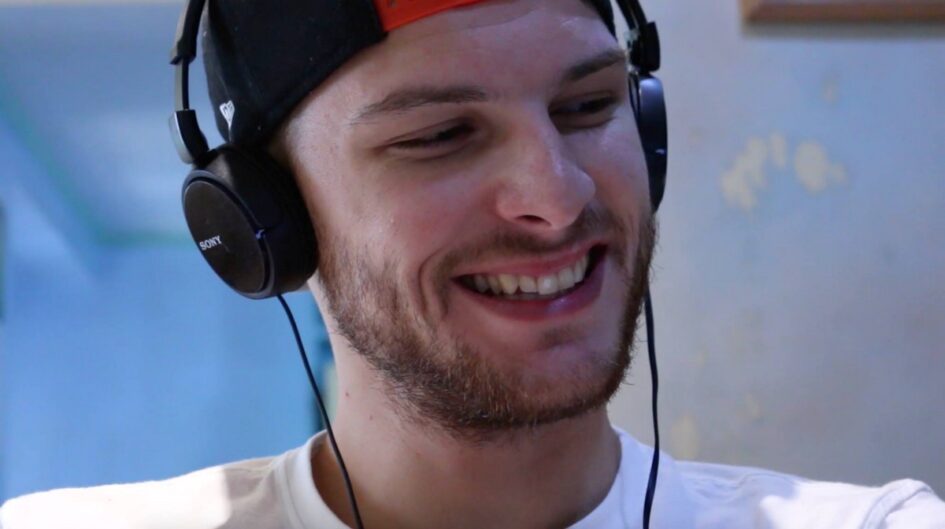 Thomas Kuegler is just having way too much fun.

All the while attracting millions of followers and fulfilling a Millennial’s ultimate dream — to make a living out of social media.

Tom, 25, has become famous largely by simply being himself, infectiously funny, wildly enthusiastic, smart, with a dose of self-deprecating humor thrown in.

All mixed up with lots of “Face”, the determination to simply have a go. Tom enthusiastically encourages others to pursue their dreams; to live a creative life. Or at least try.

He cheerfully admits he could never have existed in another time; well not as someone with a significant fan base who can pack out events simply by announcing them.

Nobody would know who I was if I lived in a different time.

There’s nothing special about me.

I just worked extremely hard to tell my story and keep writing.

This is a different time, but a very hard time for people who try to do this. It’s not like you do this and go viral. There’s a lot you have to do to get to the top.

This Facebook video had 9.5 million views at last count.

In ancient times, that is before the internet, someone who wanted to write, including this author, was forced to cajole, plead and submit endless stories to countless indifferent editors before getting, if they were very lucky, a break.

Now you can write what you want and press a button.

That doesn’t make it necessarily easier. It is, as the saying goes, a highly competitive space. It is a very different process. According to the site Hosting Facts there are 4.1 million blog posts per day .VLOG: Celebrating Chinese New Year in Binondo, Manila. 🔥😍

Every story has a beginning and so does Kuegler’s. What, in the throes of success, may seem meteoric began, for him, a very long time ago, in 2015.

My friends were going to school, racking up lots of debt, doing what their parents want them to do.

I don’t want that boxed in life.

A lot of people thrive on that direction; for me it was just not what I wanted.

After doing more than 20 job interviews and watching those interviewing him get bored even as they questioned him Tom thought:

I don’t deserve this.

And so he started writing online as a freelancer for a number of different websites, way back in 2015.

Blog posts. Web copy. All this type of weird stuff. I thought it would be as simple as researching what they wanted.

If you are any good at writing you are pretty well better than most people.

I got published on a couple of bigger websites, that were getting millions of views every month.

I decided one day I wanted to go on a road trip. It was like, man I want to see New Orleans, California, I had never been out there.

I was thinking: what is stopping me?

I’m working at my table, why couldn’t I…

I packed everything in the car, stayed in different cities.

I saw the country while working. It changed me big time.

In Bel Air people want to throw holy water on you if they hear you’ve been exposed to liberal ideas.

The same in San Francisco if you tell them you grew up in a conservative household.

I cut across Louisiana, up to Oregon, across to Montana. I would wake up in my tent in and hear the wolves howling, the stars, all that sort of thing. Glacier National Park. They call it the Crown Jewel of the continent.

I went to Utah, Colorada. And then back home.

I had started blogging as Finding Tom. Little things. What to do in New Orleans, Texas, Austin.

I made a pact with myself, I am going to write one story a day.

I thought, I’m not going to knock any body’s socks off, but I wanted to get out there.

Tom had 2,000 followers in a couple of months and became one of the founders of one of Medium’s most successful magazines The Startup.

It was a surprise to me.

It was all about that mindset as a millennial — going through this weird phase in our lives after school.

For 2017 that was the year I just blogged. I wrote a lot. I kept freelancing, and later that year I came out with my first online Medium course.

And thought cool, and I can help other people grow on Medium.

Probably as much a surprise to him as anybody, Tom turned out to be a natural born teacher, fast, funny, supportive, intuitive. He appeared perfectly delighted to share the secrets of his success with everybody else.

It is partly the positivity of Kuegler’s message that has made him so popular.

“Just because nobody is watching you or reading you doesn’t mean your bad. It just means they haven’t discovered you yet.”

But it was 2017 when a viable path opened up in front of him.

That was the moment

I was thinking: One day I’m going to make money blogging, but I have to make it for myself.

I knew it would take years, and it took about 1.5 years to make any substantial inroads.

It was not always of the best quality, that is super-evident, but it gives you a lot more opportunity.

I did it because I enjoyed putting my thoughts on paper.

It has helped me to tighten my perspective on things.

It has made me a better thinker, introduced me to a lot of skepticism, and criticism.

It has taught me a lot. I have grown more in the last two and a half years blogging than I have the rest of my life.

Tom describes Medium as cool, but what has happened on Facebook, the fact that my video has been seen millions of time is unreal.

In the Philippines people come up to him in the street.

I have an event, people come to meet me.

This is just crazy.

I am not that special a person.

There are people putting out more important messages than me.

You never know what is going to happen.

I can’t lie, this is probably the happiest I have ever been.

Sometimes I sit down and think:

You are frigging blessed right now.