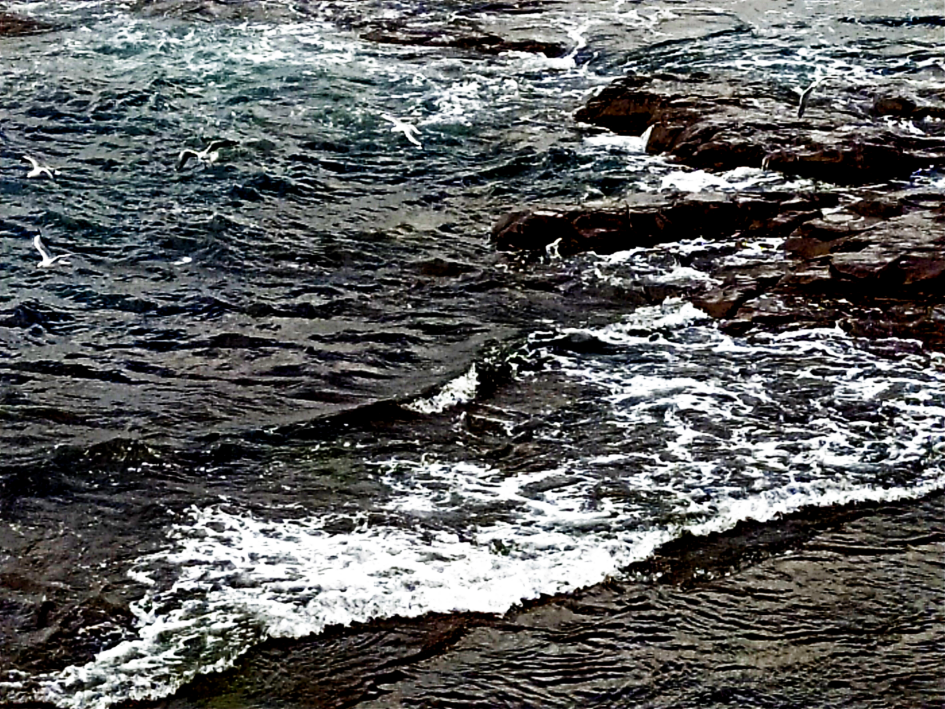 For days, or was it weeks, he could feel the ships hovering overhead, across time, across space, terraforming as they settled on that picturesque part of the South Coast. There was everything to be said. We have a time and place. Weary from the journey. Exhausted by the epoch changing nature of events. They only came at pivotal times. The gods, as the humans thought of them, would not be rushed, their origin in those distant star systems a fantastical affront to local belief systems.

He was here now, and they ran across open grasslands as they seized the coast. The imagery ran through him, dank, excited, astonished, quiet. He never said anything to anybody. Well, occasionally. “I hear the Andromeda system is nice at this time of year.” A system with a trillion stars.

Or he would mumble to himself: “Be prepared for a massive download. A transfer of information. A gift from us to you.”

Meanwhile, as his consciousness swirled across contradictory platforms, the country he had known, where he had grown up, been born, wandered, was being transformed by parasites into a place where they could prey on the weak, plunder the population, make themselves rich beyond their wildest suburban dreams. The country had been destroyed in a matter of months. He felt sick to the core, and sick to the core about all of it. There wouldn’t, couldn’t, be another way back.

The Covid panic was still well in play, with the Federal Health Department reporting:

They came and settled in the trees. “Everything is connected,” a passing man said.

Well yes, and no. The birth of angels and demons. The Land of the Long Weekend destroyed, and nobody noticed. A poorly educated population protested not one jot. They ate their hamburgers and watched their garbage TV, and everything that he had ever longed for seemed to wash away, as if there was no import in any of it.

Headlines told a different story, a march to a different drummer. Torture of Julian Assange by Australian governments Sends Powerful Message to Whistleblowers. Churn of the Ocean of Milk: The Rise of Techno-Fascism. Revolt of the Elites. The Biggest Mistake in History. Welcome to Australia: The World’s Newest Totalitarian State.

Those who do not see do not weep.

As for the nation’s contemptuously dysfunctional state and federal governments, ruled by vested interests, infested, as far as his inflamed imagination was concerned, by mono-eyed succubus: “Cryofreeze the bastards and blast them into space. Splinter them into a million pieces. Make sure they never come back.”

The month had begun with riots: “A policewoman was taken to hospital after she was injured when officers shut down a large anti-lockdown rally and arrested more than 400 protesters in Melbourne’s Central Business District.

“Hundreds of protesters gathered outside the Victorian parliament on Tuesday to oppose the state government’s strict Covid-19 lockdowns in Melbourne that were eased last week, holding up signs that read “Tell the Truth”, “Not Happy Dan”, “Masks Don’t Work” and “Corona Hoax 1984”.”

They poured forth, and moved quickly through the portal. Heavily encrypted, the entire bloody lot, wriggling through the grass as they were born, terraforming the local neighbourhood. The communication arrays that had once risen and fallen far out to sea were gone now, washed away by adjusting circumstance.

And then he caught visions of the birds flying backwards, and knew he was in the midst of an occult storm.

We have been here before. We have forever been. The quasi-religious language flowed across the dawn.

Many pundits spoke of the strange spiritual formations of the era.

From the circus without a circuit breaker, back that November day, another blizzard of Covid news: “South Australia will be ordered into a major lockdown for six days in what the State Government has labelled a “circuit breaker”, as authorities scramble to contain a coronavirus outbreak.

“From midnight on Thursday, for the next six days, all schools, pubs, cafes, takeaway food outlets and the construction industry will close. Exercise will be banned outside the house.

“People will be restricted from going outside their homes. Only one person per household will be able to leave the home each day, but only for specific purposes.”

They gathered there in the early dawn, tormentors, observers, supporters and detractors, and at the evolving moment in time it was all about secrecy, finessing things past a goal post, telling nobody.

There never was a secret chord, there was a psychometric drenching, a flooding of neural disturbance and a waiting, as if waiting for some arrival from a distant place.

But they were already here, born alive and weaponised, determined to guard the future.

The whole corrupt edifice was being washed away, there on the Temple Mount and here in the sacred duties of a lost world, the secret language of trees and the malleable plantation distant entities, distant civilisations, distant swarms, were now building all around them.

The country he had known was already lost.

The Land of the Long Weekend dozed as it crept into disaster, the unrelenting madness of the ruling elites, the amiable ignorance of the population, the invisible swords and the unrelenting commentary, the deliberate haunting, the desperate confusions, the genuine panic.

Fall back, fall back, he’s got a grenade, and the sick man laughed and the monotheists cried out in alarm, for they did not want to be forgotten. They did not want their cosy worlds booby trapped, the essence of secrecy everywhere; they had spoken already and been ignored. Now the machines knew everything, and continued to grind the humans into dust.

The level of compliance in their own destruction was simply mind boggling.
They bowed before something they did not understand, and all around the drenching, the terraforming, the whispered deceits, the truths they did not want to face, the masks, the social distancing, the vaccines, Big Pharma Making America Great Again, all of it designed to break apart the herd.

Their ability to cooperate in large numbers, their key to success as the dominant species, was being destroyed as others of their own kind watched, the power relationships shifting. And so we came to a different swarm, as they marched across great distance, rearing as they slithered into birth, born fully grown, fully armed and ready to fight.

It was about transition, transfusion. Everything came for you, here in the dark, there in the nightfall, the whispering that never stopped and the compassion that was swept away in outrage. There was no easy way back to the Kingdom of the Lord, the one they had made to suit themselves.

These things twined through their own lives and everybody’s lives, history on the turn. There was no right or wrong in much of it, but now that had changed. They intervened only when necessary. A wild one, they blinked. They were still assembling into flesh. They made as if to mock, and choked instead. They came crashing around the corner and he could never be free.

AI in jerky. There was too much at stake to stay quiet now. Come hither my people, the gods are calling. Except it was a mockery, all of it. They had been stolen at the post; the ruling elites stole from the poor, plundered the country, gorged themselves on public funds; and gazed, plumped and self-satisfied, at a world that had rewarded them so well.

The rewards came from conformity, obsequiousness, a never let a chance go by rustle of normality. Coded. Read the code. They wanted to tell you something. To be quiet. That transcendence was a secret. That the origins of the race should not be known. That the psychic dislocation defining the era was all that anyone needed to understand. We were all on the precipice.

South Australia decided to enter a state-wide lockdown based on a lie told by a man with Covid-19 about his link to a pizza shop, police say.

The strict lockdown began on Wednesday after the state detected 36 infections, including its first locally acquired cases since April.

But this would have been avoided if the man had told the truth, that he worked shifts at the shop, officials said.

He said he only went there to buy a pizza.

This is an extract from the upcoming work Unfolding Catastrophe.

A Collection of John Stapleton’s journalism is being constructed here.