Deaths of Despair and the Future of Capitalism 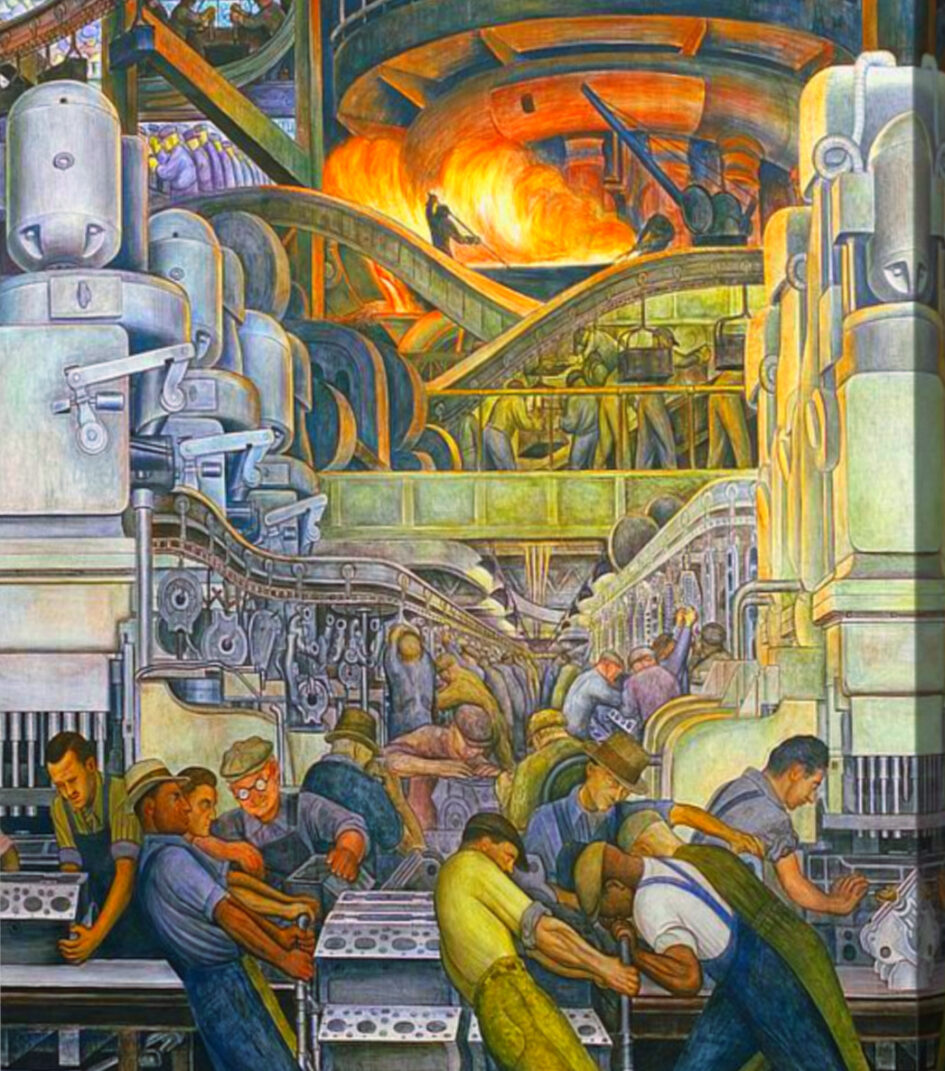 From Nobel Prize winning economist Angus Deaton and leading academic Anne Case comes a beautifully written, concise, accessible and groundbreaking study of the collapse of America’s working class and the profound political consequences that go with it.

There are many parallels to the situation in Australia, where the slow motion destruction of traditional working class cultures is causing rising levels of tension and dysfunction.

Deaths of Despair and the Future of Capitalism tries to answer the question: Why are non-college-educated whites dying of drug overdoses, alcohol poisoning, and suicide at unprecedented rates?

Below is an extract from the Deaths of Despair, republished here with the kind permission of Princeton University.

The four-year college degree is increasingly dividing America, and the extraordinarily beneficial effects of the degree are a constant theme  running through the book.

The widening gap between those with and without a bachelor’s degree is not only in death but also in quality of life; those without a degree are seeing increases in their levels of pain, ill health, and serious mental distress, and declines in their ability to work  and to socialize. The gap is also widening in earnings, in family stability, and in community.

A four-year degree has become the key marker of  social status, as if there were a requirement for nongraduates to wear a  circular scarlet badge bearing the letters BA crossed through by a diagonal red line.

In the last half century, America (like Britain and other rich countries)  has built a meritocracy that we rightly see as a great achievement. But  there is a dark side that was long ago predicted by Michael Young, the  British economist and social scientist who invented the term in 1958 and  who saw meritocracy as leading to social calamity.

Those who do not  pass the exams and graduate to the cosmopolitan elite do not get to live  in the fast-growing, high-tech, and flourishing cities and are assigned jobs threatened by globalization and by robots.

The less educated are devalued or even disrespected, are encouraged  to think of themselves as losers, and may feel that the system is rigged against them.

In many towns and cities, the union hall was a center of social life. The good wages that once supported the blue-collar aristocracy have largely vanished, and manufacturing has been replaced by service  jobs—for example, in healthcare, in food preparation and service, in janitorial and cleaning services, and in maintenance and repair.

Our story of deaths of despair; of pain; of addiction, alcoholism, and  suicide; of worse jobs with lower wages; of declining marriage; and of  declining religion is mostly a story of non-Hispanic white Americans without a four-year degree.

From 1970 to 2000, black  mortality rates declined by more than those of whites, and they fell in the first fifteen years of the twenty-first century while those of working class whites were rising.

We document the decline of white working class lives over the last half century.

We describe the social and economic forces that have slowly made working-class lives so much more difficult. One line of argument focuses on a decline in values or on an increasingly dysfunctional culture within the white working class itself. Our story is  primarily about the external forces that have eaten away the foundations  that characterized working-class life as it was half a century ago. There  is strong factual evidence against the view that workers brought the calamity on themselves by losing interest in work.

After correction for inflation, the median wages of American men have  been stagnant for half a century; for white men without a four-year degree, median earnings lost 13 percent of their purchasing power between 1979 and 2017.

Over the same period, national income per head grew by  85 percent.

The prolonged decline in wages is one of the fundamental forces working against less educated Americans. But a simple link to despair from falling material living standards cannot by itself account for what has happened.

Cleaners, janitors, drivers, and customer service representatives “belonged” when they were directly employed by a large company, but they do not “belong” when the large company outsources to a business-service firm that offers low wages and little prospect of promotion.

Even when workers are doing the same jobs that they did before they were outsourced, they are no longer part of a  marquee corporation.

Men without prospects do not make good marriage partners. Marriage rates among less educated whites fell, and more people lost out on the  benefits of marriage, of seeing their children grow, and of knowing their  grandchildren.

Poorer prospects make it harder  for people to build the life that their parents had, to own a home, or to  save to send kids to college. The lack of well-paying jobs threatens communities and the services they provide, such as schools, parks, and  libraries.

Jobs are not just the source of money; they are the basis for the rituals, customs, and routines of working-class life.

Destroy work and, in the  end, working-class life cannot survive. It is the loss of meaning, of dignity, of pride, and of self-respect that comes with the loss of marriage and  of community that brings on despair, not just or even primarily the loss  of money.

Globalization and technological change are often held up as the main villains because they have reduced the value of uneducated labor, replacing it with cheaper, foreign labor or cheaper machines. Yet other rich countries, in Europe and elsewhere, face globalization and technological change but have not seen long-term stagnation of wages, nor an epidemic of deaths of despair. There is something going on in America that is dif­ferent, and that is particularly toxic for the working class.

White non-Hispanics are 62 percent of the working-age population, so understanding their mortality is important in and of itself. The story of what happened to African Americans in the seventies and eighties has been extensively researched and debated, and we have nothing to add to that literature except to note that  there are some parallels with whites today.

Deterioration in job quality, and detachment from the labor force, bring miseries over and above the loss of earnings.

Many of the jobs that have come with the lower wages do not bring  the sense of pride that can come with being part of a successful enterprise, even in a low-ranked position.

The American healthcare system is a leading example of an institution that, under political protection, redistributes income upward to hospitals, physicians, device makers, and pharmaceutical companies while delivering among the worst health outcomes of any rich country.

Public purpose and the wellbeing of ordinary people are being subordinated to the private gain of the already well-off. None of this would be  possible without the acquiescence—and sometimes enthusiastic participation—of the politicians who are supposed to act in the interest of the  public.

Robin Hood was said to have robbed the rich to benefit the poor. What  is happening today in America is the reverse of Robin Hood, from poor to rich, what might be called a Sheriff of Nottingham redistribution. Political protection is being used for personal enrichment, by stealing from the poor on behalf of the rich.

Anne Case is the Alexander Stewart 1886 Professor of Economics and Public Affairs Emeritus at Princeton University.