‘Bulldozer’ Morrison: Can he fix it? No, he can’t! 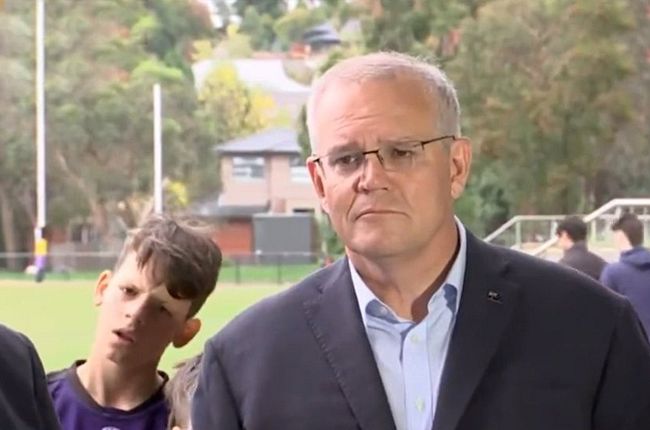 Is Scott Morrison so delusional, so out of touch with reality, so lacking in insight, that he actually believes some of the nonsense he says?

Because nothing he says – or so close to nothing as to make no difference – can ever really be believed, or taken at face value.

On Saturday, in MP Michael Sukkar’s marginal Melbourne seat, Morrison described himself as a bulldozer. This was just after wearing a funny hat and stirring a huge vat of daal at a Deakin Sikh temple. You know, just the usual day out for Scott Morrison on or off the hustings.

“I know, Australians know, I can be a bit of a bulldozer when it comes to issues. I suspect you guys know that, too,” he said — after he had stopped hamming it up for the cameras and had taken off his beige party hat.

A bulldozer? What did he mean?

Morrison and the full falsetto media chorus against Anthony Albanese

Another day, another anti-Albanese smear campaign.

His answer came later in the day, following an interesting attempt to kick a football on a damp and dismal AFL ground.

Apparently, it meant he was a “fixer”! And such a harum-scarum, hell-for-leather sort of fixer, he sometimes hurts casual bystanders in his manic haste to get whatever is broken hunky again.

Morrison provided this clarification in response to a reporter’s question suggesting he was, well… not quite that sort of person at all ─ if not the complete and exact opposite.https://www.youtube.com/embed/KPa_YRnJl74?rel=0&wmode=opaque

“You’ve said that your leadership needed to change gear to be what Australia needed during the pandemic,” the journalist began.“But what Australians are also unhappy about responses to the fires, floods, women’s safety, integrity commission. Are you saying the pandemic coloured your response to those other issues, or can we expect a change in approach beyond the economic recovery and opportunity you’re talking about?”

Morrison took a moment to get into character and deliver his new lines:

“I’ve told this story a few times, so forgive me if I tell it again.”

For a devout Pentecostal, asking Jesus’ forgiveness before spilling a rank, steaming, slop-bucket of hogwash over everyone is just good manners.

Morrison and the secret Pentecostal plan for world domination

Let me tell you about the most brazen assault on Australia’s secular democracy you have probably never heard about.

Then he got on to Jenny.

No, no, no… not in a “love machine” sort of way! Anecdotally, because she scores better in focus groups. Capisce?

Morrison then likened himself to one of his rashly heroic fellow family fixers:

“We see a crisis, we see a problem, we see a need. My brother’s a paramedic. He turns up on a scene, he sees a child who is in great danger. He just gets to work.”

At least as easy with Albanese – and nowhere near as sleazy

We are all, on average, about 3% poorer every year under the Morrison Government. Founder and publisher Dave Donovan debunks the “Coalition are better economic managers” theory.

“I must admit, I’m a bit the same,” Morrison grudgingly conceded.

The question, if you recall, mentioned “fires, floods, women’s safety [and the] integrity commission”.

When the fires came, he went to Hawaii. When there were floods, he called in the ADF, for photo opportunities. When a staffer was raped in his party’s Parliamentary offices, the only thing that got done quickly was getting the couch cleaned. As for an integrity commission, he promised it before the last election and has voted against one 31 times.

As for COVID — when COVID was starting to boom in Australia in 2020, he announced on a Friday the restrictions were to begin on Monday, then was spotted singing in church that weekend.

He didn’t order enough vaccines, after insulting Pfizer by not speaking to them directly and sending a junior official to negotiate the purchase. When the deadly Omicron strain hit, Morrison bought up all the R.A.T. tests and stockpiled them so no one could buy one anywhere.

Now Australia has the highest COVID infection rates in the entire world.

If Scott Morrison is a fixer, I’d hate to see him try to destroy the joint.

But wait a minute…

Didn’t he call himself a bulldozer?