Brexit in the Springtime 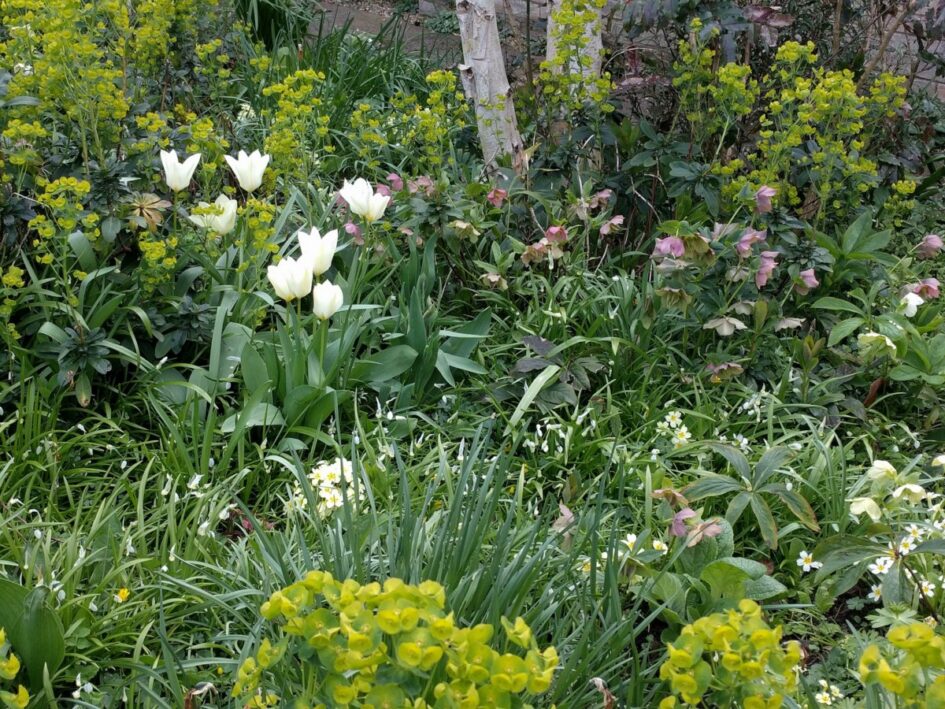 The daffodils are out. The cherry blossoms are in bloom. England’s famous meadows are looking their absolute best.

And the headlines are all diabolical.

It’s spring in the UK and the papers scream “Death of democracy”, “Cabinet in crisis”.

Day after day. Three long years the British people have put up with this eternal, surreal paralysis.

Brexit, the insanely tangled and complex exit of Britain from the European Union, consumes the papers and the nation’s conversations.

The country is teetering on the edge of a terrible cliff. Or not. Depending entirely on who you read or talk to.

Britain has divided into two tribal groupings, remainers and leavers.

And if you think Brexit is mystifying from a distance, up close it is complete madness.

To quote an editorial in pro-Brexit The Telegraph on 2 April 2019:

Today’s marathon Cabinet meeting, expected to last five hours, is emblematic of the perilous position in which the British political system finds itself.

Ministers will gather with no realistic expectations of agreeing a common Brexit policy on which the requirements of collective responsibility might rest.

It takes place when the Government has lost control of the proceedings in Parliament in an unprecedented putsch engineered by MPs to overturn the constitutional proprieties that have obtained for centuries.

The public has tired of dither and delay.

At the same time England in Spring can be ravishingly beautiful, a remarkable burgeoning of life after a bitter winter.

Life goes on. Remarkably, given all the doomsday scenarios being played out. The Brexit travails may have widespread implications, but the obsession and the blame lies with “the woeful mistakes of a woefully unprepared political class”.

In the absence of any agreement, the UK leaves the EU two days after this story is published. The cold “no-deal” exit was scheduled for 29th of March and postponed until the 12th of April.

On the 10th EU leaders are meeting for yet another emergency meeting.

The clock that has been ticking for more than two years is about to stop.

“You can have a really strong view about remain or leave, but it is still completely confusing as to what is going to happen because it is completely unprecedented,” says journalist Maxine Frith of Cambridge. “Everybody bangs on about Article 50 and indicative votes, but half of us have no idea what we’re talking about.

“The conservative view generally is that membership of Europe has been a disaster because we have lost controls of our borders. The two big things are immigration and regulation.

“Immigration because we have millions of people from Eastern European countries like Poland. Most people voted to leave because they felt there are too many migrants. The whole Islamic thing has been huge in papers like the Daily Express, the Mail, and the like.”

“On the whole, the Leave campaign is selling the idea that Western Europe is Christian. They promoted the idea that Turkey has started the process of joining the Union, but Turkey is the thin edge of the wedge for a lot of people.

“Do you really want 40 million Turkish Muslims coming to England? We know that’s not happening any time soon, but that is the disinformation.”

Ms Frith says there is a lot of talk about bureaucracy, red tape and loss of sovereignty.

“A lot of people hate the concept of Europe because it is 27 countries making endless rules. To a certain extent I would agree with that.”

In the nation’s historic pubs a common expression: “We’re embarrassed.”

These are people who are happy living in this place. They don’t want to be anywhere else. They don’t spend their lives dreaming of moving to a better suburb.

They are exactly where they want to be.

The headlines remain vile. The commentary more vicious, if that was possible. The level of exasperation higher.

Labour Leader Jeremy Corbyn declares: “This is beyond ridiculous.”

Another variation: “Beyond a Farce.”

The Times editorialised on 3 April:

It is often said that Britain is going through a political and constitutional crisis. In fact there is a case to be made that, out there in the nation, much of life is proceeding much as life usually does. This is a crisis made by the political class and by that tiny fraction of the British population which is a member of a political party.

On the same day in an opinion piece in The New York Times under the headline ‘The United Kingdom Has Gone Mad’ Thomas L. Friedman wrote in part:

If you can’t take a joke you shouldn’t have come to London right now, because there is political farce everywhere. In truth, though, it’s not very funny. It’s actually tragic. What we’re seeing is a country that’s determined to commit economic suicide but can’t even agree on how to kill itself. It is an epic failure of political leadership.

It’s being led by a ship of fools — a Conservative Party bloc that is now radical in its obsession with leaving Europe and a Labour Party that has gone Marxist.

If the people here can’t force their politicians to compromise with one another and with reality there is going to be a crackup of the British political system and some serious economic pain.

Not to be outdone, Fareed Zakaria wrote in The Washington Post in a piece titled “Brexit will mark the end of Britain’s role as a great power” that the UK, “famous for its prudence, propriety and punctuality, is suddenly looking like a banana republic” — and its implosion might even be the beginning of the end of “the west, as a political and strategic entity”.

After three years of Brexit, political pyrotechnics signifying nothing, or achieving nothing, the scathing commentary, shrugging fury, and deadly headlines have become more daily soured.

Professor Matthew Flinders of Sheffield University’s Centre for the Public Understanding of Politics writes in The Conversation describes the situation as a a tragicomedy of truly epic proportions.

In a recent poll, 90% of the British public agreed that the way Brexit negotiations were being handled was a “national humiliation”.

A lot of people have described the current situation as a constitutional crisis but they are wrong: the word “crisis” is not strong enough to capture the gravity of the situation.

What’s being played out is the political equivalent of the Game of Thrones. There’s fantasy, despair, intrigue, betrayal and the likelihood that all the leading characters are going to suffer horrible fates.

While some commentators question the UK’s collective mental stability, others see Brexit as the last act in Britain’s decline from imperial hubris to laughing stock.

The Times badged their Brexit coverage:

The referendum campaign was dominated by the dubious slogans of red battlebuses and the apocalyptic warnings of Project Fear. But since the country narrowly chose to “take back control” the implications of being the first nation to leave the 28-state bloc are becoming much clearer.

The consequence is chaos.

This week Prime Minister Theresa May is doing a whistle stop tour of Berlin and Paris in an effort to persuade European leaders to postpone the date of departure until a deal can be reached.

Anything to avoid crashing out of the European Union without a deal, which may well be the outcome this Friday.

Today, Wednesday the 10th of April, she will be attending an emergency European Council meeting.

Just like the country, politicians and pundits are all at sea. Nobody knows exactly what will happen.

The bold, optimistic headlines that followed the 2016 Brexit Referendum to leave have all vanished.

The Guardian’s columnist Polly Toynbee declared that the country was on the edge of a nervous breakdown:

Once, the pied pipers of Brexit played tunes of hope and optimism with fantasies of buccaneering freedom, but none of that is left; not in Westminster or anywhere else. The fairy dust blew away, and now all that’s left is the dark, backward-looking nativism that underpinned it. Disappointment at the vanished new dawn has turned the remnants of the Brexit creed into angry, determined calls to just “do it”, never mind the dire consequences.

On the other side of the political divide a poll in UK tabloid The Daily Express showed 74 percent of their readers just wanted out of the EU, no matter what.

Brexit is a complex and multifaceted process which is changing shape on a near-daily basis at the moment. As things stand, no deal is still the default outcome on April 12 if nothing changes.

Europe and the UK stand at a pivotal point.

In the fracturing, thanks to media and technological transformation we can all watch history unfold in real time.

Amidst the labyrinthine detail, doomsday phrases splatter. Bureaucracy, politics and process ignore the spirits of the country. None of us know the future. From out of Winter comes the Spring. But from out of Brexit, that is anybody’s guess.

A Sense of Place Magazine, Brexit, Brexit in the Springtime, Cambridge, John Stapleton