Biofascism: The Shift from Techno-Control to Biological Tyranny 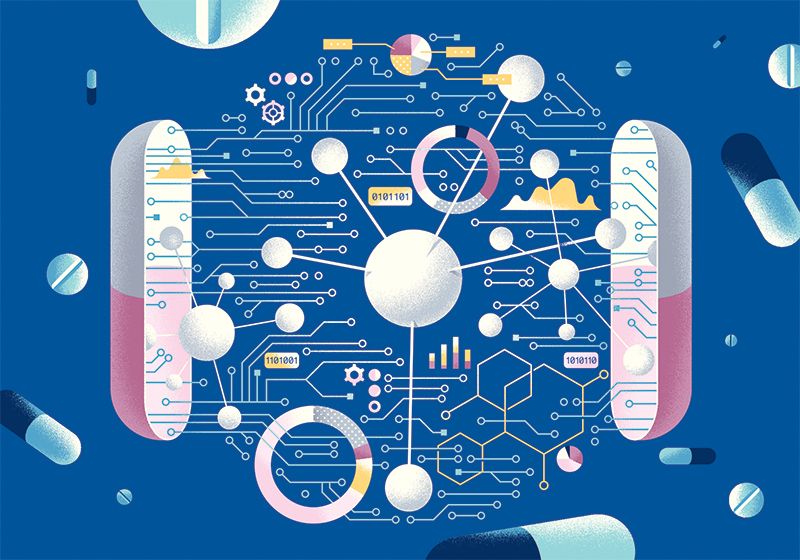 A new form of authoritarian ruling class is emerging through means of bio-pharmalogical advancements; using COVID-19 to further consolidate and grow their power.

The influence of Big Pharma over our freedoms, and the normalisation of such, is allowing the scope of fascism to quickly expand from technological control, to include biological control.

Taking their philosophy from the likes of B.F. Skinner and his 1970s’ book, Beyond Freedom and Dignity, technofascists believe that they can design a society in which human behaviour is modified by external conditioning.

We are now pushed into a world in which environmental control extends into our very bodies.

Personal health is remotely sensed by autonomous systems in what used to be public spaces.

The Overton Window has widened from techno to biofascism.

Fascism is linked to Empire. The territorial conquests of Empire are enabled by the dehumanisation of ethnic “others” and the extreme violence wrought upon them.

For example, under Contagious Diseases Acts, the 19th century English prison system incarcerated suspected female sex workers, supposedly to contain venereal diseases. The practice was exported to Australia and elsewhere, operating until the early-20th century. Thousands of Aboriginal peoples were imprisoned in island “lock hospitals” and monitored by whites to see how infections spread.

Fascism largely developed in the 20th century. It is a specific set of ideologies that blends ethno-nationalism, dictatorship, and state control over privatised industries.

Fascists are concerned with “racial hygiene” and employ eugenics to selectively breed from others supposedly unwholesome traits and purported defects.

Fascists see the nation in the context of the body politic: analogous to the human body from which diseases, like ethnic or class impurity, need purging with violence.

In addition to weeding out human “poison,” fascist governments seeded their populations with modified foods considered by pseudoscientific planners to be chemically superior to non-modified staples and more economically efficient.

To achieve this, they tested drugs on people whom they regarded as inferior to their given race. Japan’s Manshu Detachment 731 (Unit 731, 1935-45) and its related departments conducted hundreds of experiments on Chinese and other prisoners of war (POWs).

In 1942, for example, the Chinese village, Congshan, was infected with plague dispersed from aircraft. Japanese doctors entered the village and injected survivors with plague disguised as anti-plague vaccines.

In Germany and its conquered territories, Nazi virologists like Dr. Eugen Haagen used prisoners on whom to experiment with a typhus vaccine that was cheaper and easier to produce than the famous shot developed by the anti-Nazi, Rudolf Weigl.

At the Buchenwald concentration camp, Dr. Eugen Kogon participated in experiments involving the forcible injection of dozens of people with typhus and anti-typhus therapeutics. Kogon testified:

“The infection was performed in various ways. Either typhus was transferred through fresh blood injected intravenously or intramuscularly. At the beginning, too, by scratching the skin, or by making a small incision in the arm.”

After the Nazis took Crete in 1941, Australian POWs were injected by Dr. Friedrich Meythaler with the blood of hepatitis-infected German soldiers.

After the War, Meythaler went on to become a Professor at Erlangen University and, ironically, Director of the Second Medical Clinic at the Nuremberg Hospital.

These and other atrocities, like the Nazis’ T4 Programme (the extermination of “disabled” people), led the victorious Western powers to develop protocols for informed medical consent, notably the Nuremberg Code.

Other non-binding international regulations include the Helsinki Declaration (1964), the Universal Declaration on Bioethics and Human Rights (2005), and International Ethical Guidelines for Health-Related Research Involving Humans (2016).

Such declarations were ideologically necessary to perpetuate the illusion that states with parliaments are democratic, when in reality intelligence agencies, militaries, mercenary firms, and government-funded scientists work in secret on weapons and doctrines antithetical to international treaties.

Up to the millennium, successive US governments and local agencies conducted countless experiments on humans, ranging from military personnel who were “volunteered” to take experimental anthrax vaccines to vulnerable children injected with hepatitis.

The white regime in 1980s’ Apartheid South Africa used the development of crowd control weapons as a cover for Project Coast: the top-secret attempt to engineer bioweapons via front companies that could target the black majority and leave the white ruling classes unharmed.

Mercenary, Alexander Jones (not to be confused with the InfoWars presenter), claims that, posing as doctors offering therapeutic injections, his colleagues spread the AIDS virus among South African blacks.

At Ness Zionia, central Israel, scientists of the Jewish State sought a biological “ethno-bomb” that could kill their fellow Semites, the Arabs.Advertisements

Today’s biofascism is top-down, imposed by a small number of pharmaceutical corporations, tech firms, and governments. They see the bodies of non-elites as tools for profit and experimentation. The fascist aspects of their agendas include non-consensual medical procedures carried out on people not of their class.

A 21st century example is airport body scanners that penetrate the flesh and organs with radiation to render naked images of the individual for surveillance by immigration officers.

The proto-biofascism of 19th century mandatory vaccinations echoes the situation in which many presently find themselves. The English elite of the 1850s saw smallpox-infected paupers as threats to their own health, as well as to the body politic of England.

Early vaccines were offered free of charge under the Poor Laws of the previous decade, but the world’s first mandatory vaccines were imposed on the children and babies of poor people via the imposition of the Compulsory Vaccination Act 1853.

Anti-vaxx pamphlets from the period pointed out that the state had no more right “to enforce a medical belief, than it once had to enforce a religious one.”

The US quickly followed Britain’s lead, imposing mandatory vaccines for schoolchildren in Massachusetts. A century later, by the early 1960s, 20 states had mandated childhood vaccines.

Today, 89 countries—mainly in South America, Eastern Europe, the Middle East, and Central Asia—enforce vaccination. Most governments are not forcibly injecting, but because we are trapped in their system, the “no jab, no job” mantra means that without work, there is no money.

Without money, there is no food or shelter. In this context, vaccines are compulsory.

“This is a fundamental right having to do with clinical research ethics … But we don’t have access to the data, and the data haven’t been captured rigorously enough so that we can accurately assess those risks.”

In violation of the Nuremberg Code, because the risks are not assessed informed consent is removed from the equation. Governments legislate to shrink the social spheres of the unvaccinated, pushing ahead with what economists call a “vaccine apartheid” that could trigger civil unrest.

Perhaps such unrest will send biofascism into retreat?