Australia’s Move Towards Authoritarianism Under the Guise of Public Health 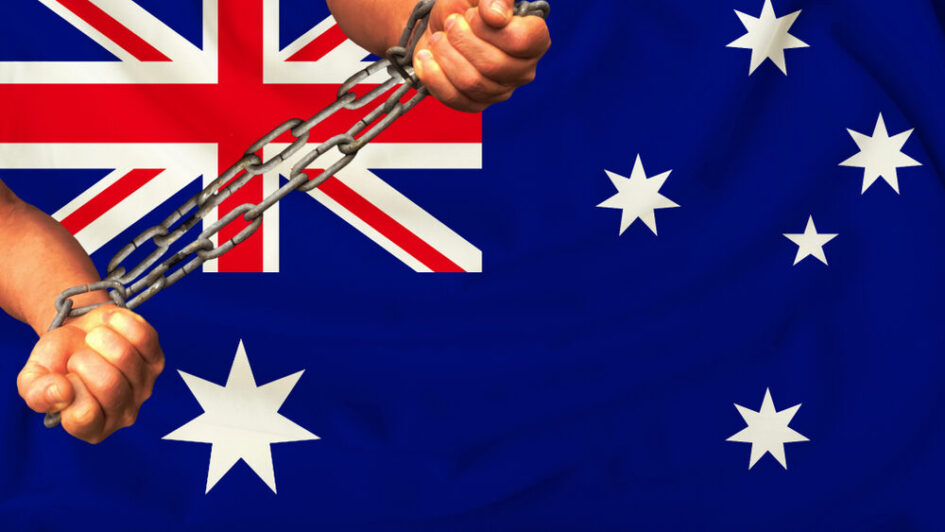 By Sonia Hickey and Ugur Nedim

In times of uncertainty, people place enormous trust in leaders. And right now, many Australians have placed unwavering faith in the state, territory and federal governments to make sensible decisions to fight the coronavirus pandemic.

But, such unquestioned trust can be dangerous.

As we’re starting to see, a range of draconian measures are being implemented under the guise of ‘public health and safety’, and these have deeply concerning implications, particularly if sunset clauses are not adhered to, and these rules eventually creep into permanence.

South Australia: Police can take children from their homes

For example, South Australian authorities have just enacted legislation that grants police the power to enter homes and remove children if they consider this to be necessary for public health reasons.

“Section 25A — Removal of children

(1) Without derogating from section 25, an authorised officer may, for the purpose of ensuring compliance with any direction under that section, remove a child from any premises, place, vehicle or vessel to a place of residence of the child or to a hospital or quarantine facility, as the authorised officer thinks fit (and may, in doing so, use such force as is reasonably necessary).

child means a person under 18 years of age;

place of residence includes, in the case of a child who is in the custody, or under the guardianship, of the Chief Executive under the Children and Young People (Safety) Act 2017, any place directed by that Chief Executive.”

Victoria: Police can enter homes without a warrant

In Victoria, under the direction of health officer Brett Sutton, authorities can enter any home without a warrant or the home owner’s permission and take any action they deem necessary to slow the spread of coronavirus.

Under State of Emergency legislation, police minister Lisa Neville can appoint police as authorised officers This means that when doing spot checks on people’s homes, if the residents do not give permission for them to enter, police are authorised to enter anyway, without the need for a warrant.

Furthermore, at the direction of the Health Minister, Brett Sutton, health authorities can detain people, search premises without a warrant and force people or areas into lockdown if it is considered necessary to protect public health.”

Powers may also be granted to “direct any person to take any other action that the authorised officer considers necessary to eliminate or reduce the risk to public health.”

And it is this legislation that Premier Daniel Andrews wants extended across the state for a further 12 months.

However, more concerning is the Western Australian Public Health Act 2016, under which authorities can enforce vaccinations, medical examinations and treatments. The Act is

‘Crown Bound’, which means it binds the State and, so far as the legislative power of the State permits, the Crown in all its other capacities. In other words, nothing within this Act makes the Crown in any capacity liable to be prosecuted for an offence.

Under Part 11, Section 158 of the WA Act entitled ‘Enforcement of requirement to undergo medical observation, medical examination’ ,explains that police have the power to apprehend, detain, restrain or remove any clothing (including underwear) for the purpose of the person receiving treatment, examinations or vaccinations.

In the past several months, state, territory and federal governments have enacted a range of draconian powers under the guise of protecting public health.

Fear is a great motivator. Initially, as a nation we were sensible and cooperative, accepting that for a few months we were making a valuable sacrifice for the sake of the public good.

But what’s concerning is that many of the restrictions that were put in place months ago, no longer make any sense, and yet they still exist. What’s more, on the whole, Australians remain silent, and compliant while our basic freedoms keep being eroded.

To put things into perspective, in early March, coronavirus modelling prediction figures presented to the Federal Government suggested daily demand at its peak for intensive care beds could hit almost 5000, 17,000 or 35,000, depending on how hard governments locked down.

In hindsight, the devastation was nowhere near that. Perhaps this was the result of good policy, or an abiding public. But the point is that the death toll nationwide stands at 525, with many of those attributed to the second wave of the pandemic in Melbourne, which seems to be now abating, with a steady decline in new case numbers.

Medical experts and scientists have said that the virus will never completely go away, and so we will undoubtedly have occasional ‘hot spots’ occurring from time to time, but social distancing and good hand hygiene have proven that they are both effective in slowing community transmission.

The real question is, isn’t it time that some of these laws were repealed, or had their sunset clauses enacted? By comparison there were 705 influenza-associated deaths between January and September last year and we were all free to go about our lives, as we saw fit, without police or government intervention.

Without a watchful public, transparency or accountability the government will get away with keeping Covid-19 clauses in legislation and it will only be in years to come that we will realise the dire consequences of inertia.

This story was originally published on the blog for the law firm Sydney Criminal Lawyers and is reproduced here with their kind permission.