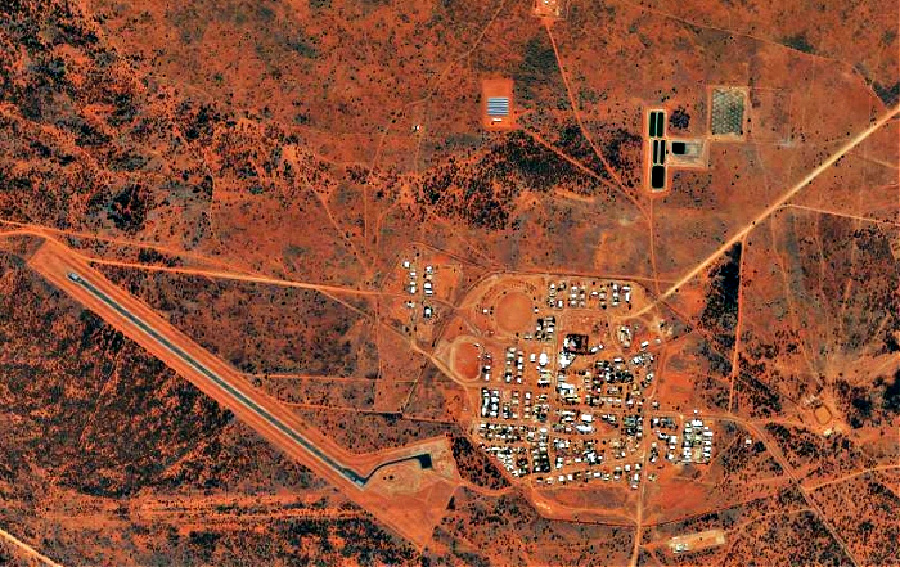 Territorians in Alice Springs and surrounding regions who aren’t fully vaccinated will continue with restrictions, while remote communities enter a full lockdown of all citizens.

The Northern Territory was set to put to rest their unprecedented lockdowns of the unvaccinated, however, Chief Minister Michael Gunner has announced an extension for certain regions.

Gunner said this week that a lockout in Alice Springs has commenced from 3pm on Sunday, and meant unvaccinated people could only leave the house for four reasons.

People who aren’t double dosed are only allowed to leave home for medical treatment, to buy essential goods and services, for an hour of exercise a day or to care for a family member or person who can’t care for themselves:

People who are fully vaccinated can continue as normal, but must comply with an NT-wide mask mandate that is currently in place.

The lockdown includes surrounding regions of Amoonguna, Yuendumu and Yuelamu:

Acting Chief Health Officer Charles Pain said the “pressure” on the health system in Alice Springs had reached a point where there needed to be some “adjustments”.

Gunner said unvaccinated people were “much more likely” to become seriously ill with COVID-19, which is why there was a lockout limiting people who weren’t ‘fully protected’.

This is despite Omicron being introduced to the state by two fully vaccinated international travellers.

“What the lockout does in Alice Springs is reduce the risk of an unvaccinated person being exposed to COVID and they’re much more likely to have a severe reaction to COVID”.

Lockouts in all communities have been extended to 5pm on Sunday January 23, and remote regions are scheduled to lift with restrictions in Alice Springs.

The extended ‘lockout’ for the unvaccinated above isn’t the only news developing from the NT, with the region of Galiwin’ku, off the north coast of Arnhem Land, being placed into lockdown.

They join the remote community region of Yirrkala entering a full lockdown with these extensions:

Yirrkala, also in East Arnhem Land, will be locked down for 72 hours.

The Galiwin’ku lockdown is set to last a total of seven days at present, longer than the East.

“This is a very isolated part of the Northern Territory, we have many people there with complex needs,” Deputy Chief Minister Nicole Manison said at a recent press conference.

NT Chief Health Officer Hugh Heggie also said the decision to lock down the remote communities was appropriate and people needed to be able to stay in their country.

Health teams will be sent to these communities to ‘assist’ with testing and ‘other support’.

“This isn’t going away in a hurry,” he said, while urging people to continue to get vaccinated.

The Northern Territory dystopia continues to get more twisted by the day.Advertisements

On January 6, it was announced that unvaccinated people in the Northern Territory would be placed in lockdown, with unvaccinated residents 16 years and over – including those who’ve only received their first dose of a COVID-19 vaccine – only permitted to leave home for three reasons.https://tottnews.com/2022/01/06/northern-territory-orders-lockdown/embed/#?secret=K9FUD3SQ16

These were: to access medical treatment, to purchase essential goods and services and to provide care and support to a family member or person who cannot support themselves.

Chief Minister Michael Gunner said unlike with previous lockdowns, the unvaccinated would also be banned from going outside to work or exercise.

The Northern Territory became the first Australian jurisdiction to specifically lock down the unvaccinated, following similar moves in Austria and other overseas countries.

There was little confidence the state would end this run, and now it rolls on, now coupled with the newly-introduced vaccine passport system across the region.

The state has made headlines across the world in recent months, with the ‘transferring of positive cases from remote communities to the controversial Howard Springs Quarantine Facility.

Gunner has denounced ‘misinformation’ from “tinfoil hat wearing tossers” in a press conference.

The Northern Territory’s COVID-19 vaccination mandate is facing a legal challenge in the Supreme Court, with a group of businesses arguing the rules are draconian and racist.

TOTT News is one of the only news outlets among Australia’s heavily manipulated media outlets to cover the deteriorating human rights situation in the Northern Territory in any depth; a scandalous abuse of the indigenous population which has already attracted worldwide attention and will live on in infamy.