Anyone Laughing Has Not Heard The News. Vale Mungo MacCallum. 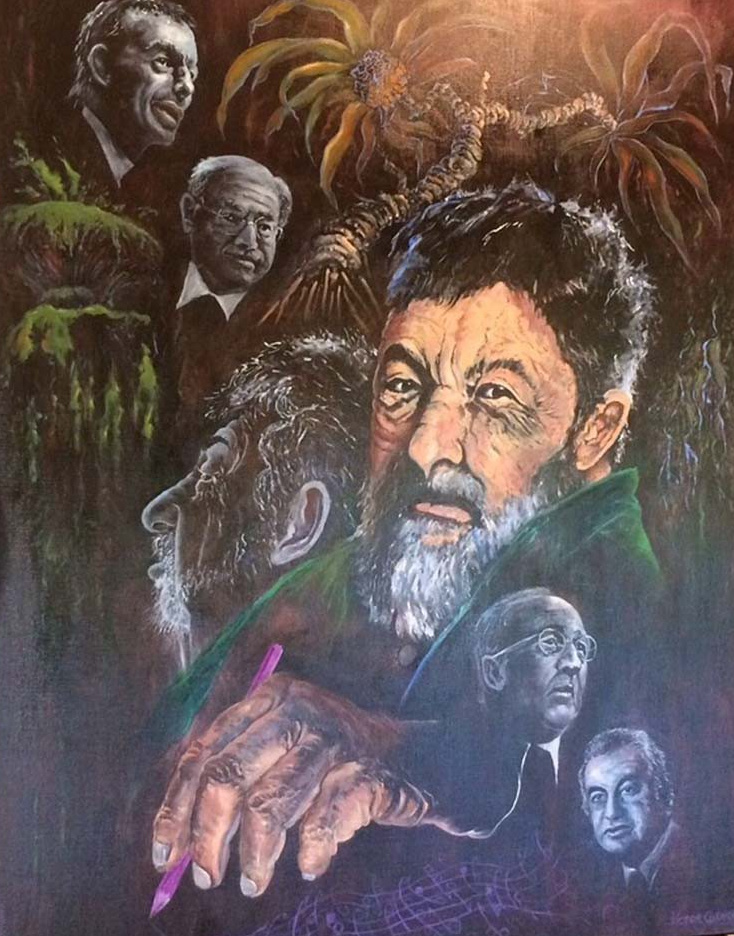 By Tony Smith with Pearls and Irritations

In 2001 I reviewed Mungo MacCallum’s memoir ‘The Man Who Laughs’ (AQ 73(6), Nov-December). Although this entertaining writer appeared to have retired from political commentary, I, like so many readers, was thankful that he took up the pen for Pearls and Irritations. The review ran along the following lines.

Mungo MacCallum always treated readers respectfully by announcing his allegiance to the Left. Most importantly he always had a sense of humour and expected this in others.

When Gough Whitlam asked who this ‘tall, bearded descendant of lunatic aristocrats is’, MacCallum mentioned great uncle Darcy Wentworth ‘bigamously married to a chambermaid by a bribed priest in a hot air balloon floating over Watsons Bay’ and praised uncle Billy Wentworth who advocated for the 1967 referenda on Indigenous rights.

The MacCallums were less flamboyant. Great grandfather Mungo was Chancellor of the University of Sydney and the writer’s father was a journalist who produced the first television programs for the ABC.

THE MUCH LOVED AUSTRALIAN ICONOCLAST MUNGO MACCALLUM IS GONE. HERE IS HIS LAST COLUMN.

MacCallum did not overestimate his own influence and admitted his ‘faults’.

At school he fainted and so unlike Prime Minister Menzies was unable to see the Queen passing by in 1954 and begs understanding for securing bail for Paddy McGuinness after an anti-apartheid rally.

Experience in a British election convinced him of the merits of compulsory voting and he decided that a writer had a responsibility to make readers interested in public affairs. What he embraced as the ‘method in his madness’ was a determination to entertain and to foreground the fun in politics.

Mungo was caught in a ‘bind’ during the ‘glorious false dawn’ of 1972. Iconoclasm loses its appeal when your icon is the prime minister. Despite his involvement in Labor’s campaign, Malcolm Fraser offered Mungo a speechwriting job.

Mungo admitted that some of his memories were a little hazy but the sixties and seventies were a long time ago and the milieu of the long lunch could have clouded his memory. Nevertheless, mention of slogans such as ‘All the way with LBJ’ and chants such as ‘Lynch Bury, Bury Lynch’ will take the reader back.

THE GREAT MUNGO MACCALLUM IS GONE, AND HALF A CENTURY GOES WITH HIM. CRIKEY PAYS TRIBUTE TO ONE OF THEIR OWN.

Mungo filled a void for students of politics who research the constitutional issues of 1975 but neglect the social and political nature of the time. Mungo foregrounded the innate conservatism of the electorate, its distrust of the Left and its willingness to forgive those ‘born to rule’.

When Whitlam was sacked, Mungo was listening to a recording of his own ditty ‘nothing could be crazier than Malcolm Fraser grazier this morning’.

Initially, he refused to believe what had happened but when he saw Laurie Oakes running, he realised ‘something apocalyptic had happened’. Both Whitlam and MacCallum burnt out too quickly but MacCallum reckoned he would not be tempted back to writing. Publications such as Nation Review were gone and the Australian changed dramatically.

Significantly, Juni Morosi was the only woman to get a mention, and Mungo reckoned the ‘shiny bum’ bureaucrats had it all over the bumbling politicians in those days. Mungo always observed that human weakness was an inevitable feature of democracy.

Journalist pierced humbug and duplicity with a very sharp phrase

MacCallum stirred nostalgia but had a serious civic purpose. By demystifying politics and making it appear entertaining, he encouraged readers to take an interest.

This memoir could even stimulate idealistic young Australians to ask whether some aspects of politics that have disappeared might be worth further consideration. In an age deprived of historical perspective, it is easy to imagine that politics has always been the same. But today’s cynical political style would benefit greatly from an injection of genuine humour.

There could be no better cure for the neuroses threatening our political culture than a dose of Mungo’s compassion, tolerance and humour. To the extent that political leaders are of us and from us, when we laugh at them, we laugh at ourselves. Life is brief and we need to laugh.

Note From John Menadue, Editor of Pearls and Irritations:

I am told that Mungo was in the non-member’s bar at lunchtime. There was the usual buzz of conversation, speculation and gossip. Then it all went quiet. What was happening?

My contact told me that everyone knew it was serious because two things were quite out of the ordinary. One was that Laurie Oakes was seen running. The other was that Mungo had left half a glass of beer on the counter.