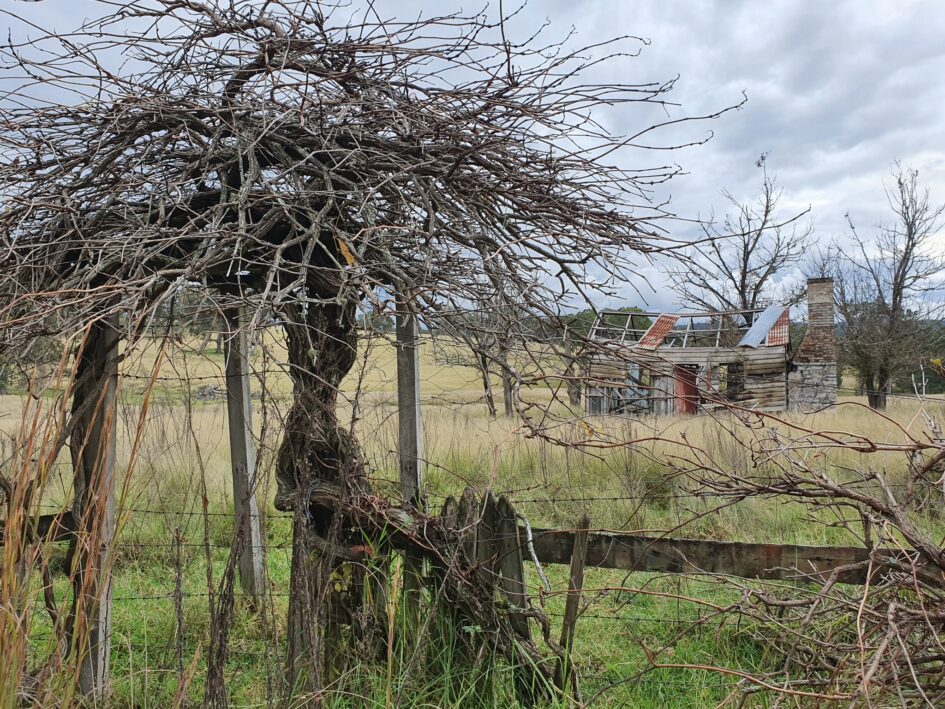 The Brownstone Institute is the leading academic centre countering the Big Government, Big Tech, Big Pharma Covid narrative. Its head Jeffrey Tucker recently wrote that looking back to the “before times” – meaning before the middle of March 2020 – we were all quite naïve about liberty, technology, the mob, and the state. Most of us had no idea what was possible and that the dystopia in movies could become reality in our times, and so suddenly.

Then seemingly overnight those intellectual science fiction parlour games were over; the fight spilled over from the classrooms to the streets.

It’s even difficult for me to recreate the thinking behind my exuberant confidence that we faced a future of peace and progress forever, times when I could not conceive of circumstances that would disable the whole trajectory. I was previously sure that the state as we know it was melting away bit by bit.

Looking back, I had become like a Victorian-style Whig who never dreamed that the Great War could happen. To be sure, I might have been correct in my empirical observation that public institutions were losing credibility and had been for thirty years. And yet it is for this very reason that some major fear campaign was likely to come along to disrupt the trajectory. It had not occurred to me that it would succeed so marvelously.

The experience has changed all of us, making us more aware of the depth of the crisis and teaching us lessons we can only wish we did not have to learn.

Has the experience really changed us?

A recent poll taken in Australia by the University of Tasmania suggests otherwise, and that the whole Covid experience was something that came and went, just like everything else.  Not much to see here.  The poll showed a substantial majority of respondents broadly happy with responses to Covid by Australian governments.  A tiny and sobering number in the single digits thought that the responses were not good.  The headline read:

Just right?  Incredible, given the virus itself was a fizzer, the unnecessary vaccines don’t work and are dangerous, and the lockdowns, on the face of the current non-restrictive attitudes of governments themselves to Covid, were a total waste of time, and much worse.  What on earth were the survey respondents thinking?  Were they even thinking?

The survey stated: Two-thirds of Australians felt the severity and duration of COVID-19 lockdowns were “just right”, a new study claims, although Victorians were most likely to view emergency pandemic orders as too restrictive.

The University of Tasmania study, which surveyed 1162 people, revealed just 8 per cent of Aussies thought lockdowns were “definitely too restrictive”.

Another 11 per cent of people thought the lockdowns, which often required people to stay at home, comply with mask mandates and the drastic curtailment of access to non-essential services, were “probably” too restrictive.

Alas, this new poll simply reflects many others taken since early 2020.  Here are some random headlines and findings from earlier surveys:

Guardian Essential poll: Australians wary of any ‘living with Covid’ strategy that would lead to more deaths.

Australians’ trust in governments surges to ‘extraordinary’ high amid Covid.

The majority of Australians are satisfied with the government’s handling of the coronavirus (COVID-19) pandemic, according to the results of a new study by the Melbourne Institute: Applied Economic & Social Research at the University of Melbourne.

Australians continue to be extremely confident in Australia’s handling of the COVID-19 pandemic, ranking Australia well ahead of five other countries included in this year’s survey, including China, the United States, United Kingdom, Taiwan and India. Almost all Australian adults (95%) say that Australia has handled COVID-19 ‘very well’ or ‘fairly well’ so far (emphasis added). The proportion that say Australia has handled COVID-19 very well has jumped from 43% in 2020 to 65% in 2021 (the Lowy Institute).

The last is especially unnerving.  Chilling.

The polling over the two years also reflects the generally positive outcomes for Covid governments which have so far faced the people.  Western Australia, which was both vicious AND separated the State from the rest of the country, all but eliminated the Opposition.  Queensland returned the supposedly much abhorred and probably corrupt unspellable Premier with a handsome majority, an equally strong reward for fighting a virus that never really threatened Queenslanders, again, with unjustified border closures and vaccine mandates.  For many Victorians, the unspeakable Daniel Andrews remains a demi-god, and with the Liberal party in Victoria the way it is, MelDanistan is likely to remain in Labor hands post November this year, probably with a handsome majority.  Certainly, the South Australian Government was thrown out, but there is much to explain this apart from Covid management.  Just like ScoMo.  There was a lot going against him, and very little for him.  And he had, in any case, outsourced most Covid management to the States and Territories.

How to explain these results?  What is going on?  Which of these best sums up the polling results?

·         Were bought off by ScoMo’s money machine grants to the under-employed?

·         Simply had a very good Covid, what with WFH (work from home), booming real estate, Deliveroo, the end of tedious commutes and ghastly work colleagues?

·         Are just not aware of all of the amply measured and experienced harms done by the lockdowns and Covid mandates to individuals, families?

·         Don’t care much about the impact of policy on people other than themselves (like those who were not allowed to see their dying relatives or who lost their jobs, careers and businesses because of Covid totalitarianism)?

·         Don’t know their history (and aren’t familiar with the likes of Hannah Arendt’s Origins of Totalitarianism)?  Maybe Australians want to go along with what they think the popular answer will be?

Perhaps, all of the above.  It was the retired judge, Stuart Lindsay, who said that Australians only care about:

Netflix, a full belly and a warm place to defecate….

Depressing for the freedom movement and those who sought public office on its behalf, but perhaps true.  There is much work to be done in extending knowledge about the true story of the Covid State.

Much more analysis of the analyses is needed, clearly.  Serious work on this, beyond vox pop style surveys, awaits those (perhaps few) Australian scholars interested in finding the truth of things.

And the freedom movement is heavily disadvantaged by the Covid media, the censoring of dissident views, and the selective reporting of Covid matters.  Australians in general don’t know what they don’t know.  Covid is a little like climate change.  There is a giant scare over nothing, rational arguments have been parked and ignored.  There is massive low information.  Dissidents are ridiculed and otherwise maligned.  The world’s problems are serious and growing, and policy making now hovers between jingoism and farce.  This is a mighty worry for all of us.

We need far more Jeffrey Tuckers to reflect upon what has occurred, what has been done to us, and why, and how in God’s name we fight back.  Tucker admits now to an earlier naivete, perhaps typical of optimistic libertarians who assume good behaviour by all in a free society and a minimalist state.  And to rational consideration of issues by people who now, at least in theory, have access through the internet and alt-media/indie media to good information from a range of sources.

The speed and abundance of information actually amplified error.

Not to mention the censorship by the fact checker class and their puppeteers that previous dictators would simply marvel at.  Tucker overestimated the capacity and willingness of “scholars” to be truth tellers.  As we now know, Davos Man (aka Bill Gates) has simply bought off much of the world’s media.  Just search online for any number of “researchers”, institutes and media organisations and you are two clicks away from funding by the Gates Foundation.

Here is Tucker, again on the money:

But the existence of correct information was nowhere near enough. It turns out (and this is perhaps obvious now) that it is not the information availability as such that matters but people’s capacity to make sound judgments about that information. That is what was lacking all along.

Localized fear, parochial germophobia, general innumeracy, superstitious trust in talismans, meaningless ritualism, and population-wide ignorance of the achievements of cell biology overrode rational argumentation and rigorous science. It turns out that floods of information, even when it includes that which is accurate, is not enough to overcome weak judgment, a lack of wisdom, and moral cowardice.

Not to mention all the big corporate-big government cronyism.  The profit-taking.  The capitalist greed.  The political class’s venality and self-interest.  The reach and behaviour of what John Marini and others have termed the administrative state.  The unleashing of the mob.  You know, like the female shoppers of a certain age and disposition in Bunnings who tell you to place your mask over your nose.  Curtain twitchers of both sexes and perhaps all ages.  Covid dobbers.  Virtue signallers.  Then there are the divisions between winners and losers.  The Covid State was good at finding and rewarding the winners, perhaps cynically confident that the winners would ignore the plight of the losers at best, and turn on them at worst.

All that was highlighted by Jeffrey Tucker is reflected in the opinion polling.

What we really need is a system that is safe for freedom and human rights that protects those ideals even when the madness of crowds – or the arrogance of intellectuals or the lust for power of the bureaucrats – wants to scrap them. And that means revisiting the very foundations of what kind of world in which we want to live. What we once believed was a settled matter has been completely upended. Figuring out how to recover and restore is the great challenge of our times.

Indeed.  Covid has blown away all the optimism and naivete, I trust, for some of us at least.  They really are out to get us.  We just don’t know it yet.

Feature Image: Chris Eccleston. On the road between Stanthorpe and Queen Mary Falls.

Paul Collits is an Australian freelance writer and independent researcher. He publishes widely across a number of Australia’s leading publications and has been one of the country’s single most cogent commentators throughout the Covid era. He has worked in government, industry and the university sector, and has taught at tertiary level in three different disciplines – politics, geography and planning and business studies. A collection of his writing published in A Sense of Place Magazine can be found here. You can follow his most recent work here.