A Helpless People, Weary and Traumatised 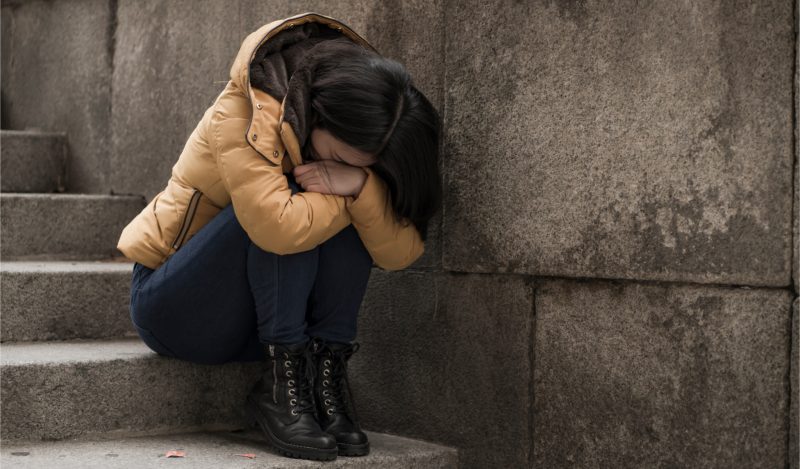 When most people hear the terms “shock and awe” and “full spectrum dominance” they probably think—if they think about them at all—of the early moments of the premeditated US destruction of Iraq and the ever-smug grin of Donald Rumsfeld.

It was Rumsfeld, you will recall, who supposedly spent the first months of his mandate as Secretary of Defense totally rethinking the mechanics of the US way of making war.

At the center of the new defense doctrine were the two approaches mentioned above.

The first refers to the practice of hitting the enemy so hard, so quickly, and from so many angles that he will immediately recognize the futility of mounting a defense and rapidly give up the struggle.

The second tactic, which is subsumed by the first, refers, among other things, to the practice of inundating the informational environments of the enemy, the domestic US audience and potential US allies with pro-American narratives that leave absolutely no space or time for formulating skeptical questions or coherent discourses of dissent.

In short, the overarching goal of Rumsfeld’s new defense doctrine was—to use a term near and dear to the hearts of James Mitchell and Bruce Jessen who earned millions from the US Defense department after September 11th for designing the torture programs used at Guantanamo Bay and other US black sites around the world—to induce “learned helplessness” in as many segments of the world population as was technically possible.

The centrality to US domestic and international policy of this idea of creating new propagandistic realities that cause most people to lose their ability, and even their desire, to resist was made crystal clear in a 2004 New York Times article on the inner workings of US government led by George W Bush  and directed day-to-day in many ways by Karl Rove.

According to the author of the piece, Ron Suskind, a Bush aide, almost universally believed to be Rove himself, declaimed that:

“Guys like me were “in what we call the reality-based community,” which he defined as people who “believe that solutions emerge from your judicious study of discernible reality.” I nodded and murmured something about enlightenment principles and empiricism. He cut me off. “That’s not the way the world really works anymore,” he continued. “We’re an empire now, and when we act, we create our own reality. And while you’re studying that reality — judiciously, as you will — we’ll act again, creating other new realities, which you can study too, and that’s how things will sort out. We’re history’s actors . . . and you, all of you, will be left to just study what we do.”

If we analyze these words in the broader context of the administration’s embrace of shock and awe and full spectrum dominance in the realm of “defense” policy we might translate them in the following way:

“The days when journalists, or for that matter, any element of the body politic set, or heavily conditioned, the agenda for this government are over. We have achieved, and will assiduously use, the information warfare weapons at our disposal to effectively knock you silly, and render you, your colleagues, and by extension, the vast majority of Americans into a state of learned helplessness. We have decided that working with you and the public you claim to be fighting for is inimical to our own caste’s desires and goals and we thus will inflict as much trauma upon you as we deem necessary to bring you to heel and achieve our ends”.

For many, I think, the idea that governments might have the capacity and the desire to assault their own populations with well-organized and persistent campaigns, information warfare seems rather far-fetched. And for others, I suspect, speaking of the widespread infliction of “trauma” in this context might evoke comparisons to some of the worst forms of whiny and exaggerated campus wokery.

But after all we have seen over the last several decades of world history, is the idea that governments might often be strategically motivated, serial abusers of their own populations really so hard to acknowledge?

We know, for example, that when the US-backed Italian government was faced with the growing possibility of having to share power with that country’s Communist Party in the 70s and 80s, elements of the government greenlighted a number of false flag attacks on the Italian police and the general population, the most notable of these being the Pentano bombing of 1972  and the Bologna train station massacre of 1980.

The aim of the bombings, as was subsequently explained by one of the government-protected authors of the attacks, Vicenzo Vinciguerra, was to generate a social panic that would drive those disaffected with the country’s social and economic reality back into the arms of the increasingly discredited, but US-approved Christian-Democrat party.

It was his witness of these events as an anti-establishment activist that impelled the philosopher Giorgio Agamben to write his influential studies on the architectures of social control used by contemporary Western governments, studies that suggest among many other things, that generating “states of exception” wherein the normal deliberative processes of the society are suspended or gravely curtailed, has become standard operating procedure in many Western “democracies.”

I think few would now dispute that, whatever the origins of the attacks of September 11th, the widespread sense of trauma generated within the US population by the repetitive broadcasting of that day’s horrific images greatly facilitated the government’s drive to radically redefine longstanding notions of civil liberty, and achieved citizen buy-in for its multiple wars of aggression in the Middle East.

All of which bring us to Covid.

Can anyone who has read Laura Doddsworth’s essential A State of Fear, or read the German government’s so-called “Panic Paper” really doubt the conscious and cynical desire by governments, who supposedly serve at the pleasure of the people, to inflict trauma on the general populations of those countries?

Is there any other way to understand US government (and its tightly allied media)’s obsessive focus on providing “case counts” bereft of any contextual information (e.g. their relationship to hospitalizations and deaths) that might allow citizens to rationally calculate the true danger they might have faced with the virus?

Does a German government that is not interested in heightening tensions and leveraging them to achieve greater compliance to official edicts among the population propose in a planning document that its officials a) concentrate only on worst case Covid scenarios, b) explicitly eschew the need to model the economic effects of proposed mitigation strategies c) downplay the fact that the disease kills mostly very old people, d) endeavor to produce “the desired shock effect” and induce guilt in children about possibly being the catalyst in the death of their older relatives?

Yes, people all across the Western world and beyond were purposely traumatized by the very people who never ceased telling them that their only true concern was to “keep them safe”™.

While I am not a psychologist, this much I know. The enormously disorienting and cognitively debilitating effects of trauma are fed, more than anything else, by the maintenance of a fundamentally reactive posture in relation to the world around us. The trauma is greatly diminished when we stop, breathe and, to the best of our ability, fearlessly catalog the injuries we have suffered, ask who authored them, and, if relevant, what made so many of us acquiescent to these assaults upon our dignity and well-being.

People like Karl Rove and his many spiritual clones in Government, Hi-tech, Big Capital and Big Pharma are keenly aware of what I just said, and thus will do all in their power to keep us decentered and highly attentive to the ever-changing and mostly trivial info-bites they constantly send our way.

While for us calm and catharsis are the first steps to regaining our integrity, for them they are kryptonite.

So far, it seems, these large centres of power are winning the struggle. Here in the US, as well as the countries in Europe I have recently visited, most citizens seem to have contented themselves, as the serially abused often do, with the temporary cessation of assaults against their dignity and inherent social rights. Few, it seems, are ready to look into the recent past with any sustained passion or vigour.

I wish I knew what might help some of these people recognise the state of learned helplessness into which they have fallen, and how to spur in them the process of spiritual and civic reconstruction in themselves and others. However, I don’t.

And perhaps it’s hubristic of me to think that I should have this capability in the first place.

When in doubt or seemingly stuck in place, I was once told, the first step is seeking out those whose inner lights seem to be burning most brightly, and offering to walk beside them in hope.

Right now, perhaps that’s the best we can all do.

Thomas Harrington, Senior Scholar at the Brownstone Institute, is an essayist and Professor Emeritus of Hispanic Studies at Trinity College in Hartford (USA) where he taught for 24 years. He specialises in Iberian movements of national identity Contemporary Catalan culture. His writings can be found at Thomassharrington.com.