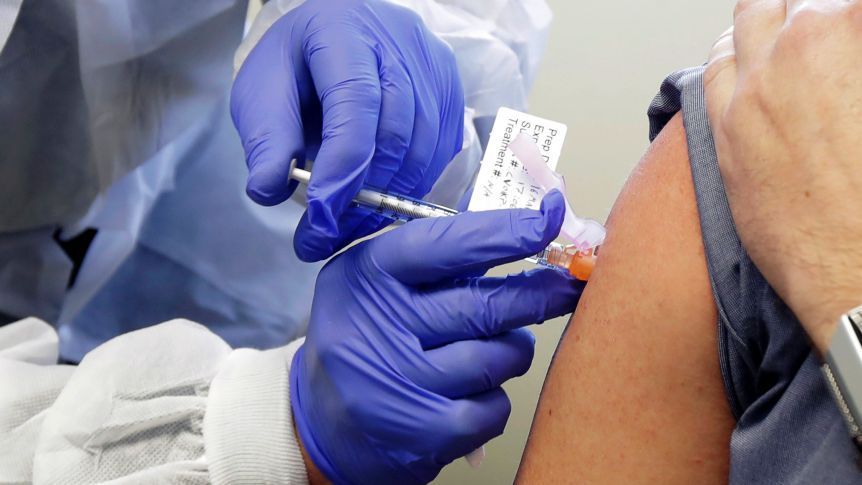 One thing is for sure: If vaccination against the most over-hyped disease in history, Covid-19, becomes compulsory in Australia, an already distrusted government will find itself in a well of pain.

TOTT News, which has been running a series of sceptical stories on Big Pharma and the massive expansion of state controls since the beginning of the “pandemic”, has tapped into a vein of community concern.

With many billions of dollars at play and vast profits to be made, the recent behaviour of both the World Health Organisation and Bill Gates has raised concerns around the world.

As Cicero put it: “Cui bono?” To whom is it a benefit?

Wikipedia describes it thus: “The Big Pharma conspiracy theory is a group of conspiracy theories that claim that the medical community in general and pharmaceutical companies in particular, especially large corporations, operate for sinister purposes and against the public good, and that they allegedly cause and worsen a wide range of diseases.”

A vaccine might, or might not, lower the body’s immunity to similar Covid viruses, making the individual more susceptible to future epidemics, therefore more reliant on future vaccines, thereby generating yet more billions for the pharmaceutical industry.

As the latest medical and scientific research is demonstrating, many in the community testing positive but displaying zero symptoms have a low viral count and a naturally acquired level of resistance or immunity to Covid-19 because of its similarity to other coronaviruses. Deaths remain much in the same ballpark as seasonal flu.

Leading epidemiologists around the world are now claiming that lockdowns don’t work because they lead to a crashing of the body’s natural immune system. Lockdowns may well be counterproductive, but the Australian government, and a number of governments around the world, have convinced the population to surrender their liberty on a scare.

Perhaps we get what we deserve. To reference a much used quote from Benjamin Franklin: “Those who would give up essential Liberty, to purchase a little temporary Safety, deserve neither Liberty nor Safety.”

Many doctors are warning that to force by law millions of people to be injected with a vaccine with unknown long term consequences imposes an unacceptable risk on the population and is not just cavalier but essentially immoral.

The many billions of dollars involved, the clear potential for bio-tracing, genetic marking and the drumbeat of anti anti-vaxxer propaganda generated by those who profit most from vaccine production raises serious concerns.

Australia will have access to some of the world’s leading COVID-19 vaccine candidates, as the government commits more than $120 million to enter an international vaccine agreement.

The federal government has struck a deal to join the world vaccine facility known as COVAX, which is co-led by the World Health Organization, CEPI and GAVI.

The federal government has formally signed Australia into an international vaccine initiative aimed at rapidly providing COVID-19 vaccinations in an equitable manner across the world.

Australia joins 155 other countries in signing up to the COVAX Facility, which is co-operated by WHO, the GAVI vaccine alliance and the Coalition for Epidemic Preparedness Innovations (CEPI).

Health Minister Greg Hunt said the government’s initial $123 million investment gave Australia the opportunity to buy doses for up to half the population, with purchases of doses to be negotiated as potential vaccines are ‘proven to meet safety and effectiveness standards’.

He also said the money spent was jointly considered as a down payment for any future vaccines.

“It gives us a place at the front of the queue, but it also acts as a credit towards any vaccines we may purchase through that facility,” he said.

In addition, the government is hoping to not confine its search for a vaccine to just one.

“It could potentially be any one from dozens and dozens, but we will now have access through the COVAX facility to whichever one of those is successful,” he said.

“It gives us the best shot, at the best protection, at the health of Australians.”

Several of those are being conducted in Australia, with human trials underway for a potential vaccine developed by the University of Queensland.

Many are unaware that when completed, distribution of successful COVID-19 vaccines must first make their way through the COVAX Hatchery; unaccounted for, before being distributed everywhere.

Over 170 economies are now engaged in the COVAX program, an international initiative aimed at working with vaccine manufacturers to provide countries with “worldwide equitable access to safe and effective vaccines, once they are licensed and approved”.

COVAX currently has the world’s largest and most diverse COVID-19 vaccine portfolio, including nine candidate vaccines, with a further nine under evaluation and conversation underway with producers.

At the same time, it is supporting the building of manufacturing capabilities, and buying supply, ahead of time so that 2 billion doses can be fairly distributed by the end of 2021.

It is the only global initiative that is working with governments and manufacturers to ensure COVID-19 vaccines are available worldwide to both higher-income and lower-income countries.

Remember how the Lima Declaration radically transferred wealth from Australia to developing nations? This is a similar scheme, only this time for healthcare and international vaccines.

Australia is donating millions of our own money to accelerate the development and manufacture of COVID-19 vaccines, to “guarantee fair and equitable access for every country in the world”.

I expressed concerns on last month’s Food For Thought audio segment,TheCOVAX Hatchery, that this will leave the vaccines exposed to unaccounted centralisation before distribution.

Meaning, even if the medical establishment and scientists involved are noble and safe in their trials and studies, the products are still susceptible to being tainted at this international facility.

Thus, the COVAX Facility should be referred to as a ‘hatchery’, referring to the genetic breeding centers of Aldous Huxley’s Brave New World. Who will be watching these ‘distributors’?

Don’t believe me? Just look at the characters involved in this program — a whos-who of ‘usual suspects’. Here are attendees from a recent WHO virtual event on the COVAX initiative.

The event was joined by:

In addition to health leaders from:

Some pretty big names there. What on earth could they be discussing?

Their official mission statement reads they are “…committed to come together, guided by a common vision of a planet protected from human suffering and the devastating social and economic consequences of COVID-19, to launch this groundbreaking collaboration.”

On closer examination, we find vaccines are only just one avenue of health these international bodies are looking to shape the future of. The roots extend far deeper into the ground.

The vaccine initiative currently being undertaken through the COVAX program is only one piece of a much larger puzzle — as part of the Access to COVID-19 Tools Accelerator, or ‘ACT-Accelerator’.

This business model was set up in response to a call from G20 leaders in March and was launched by the WHO, EC, France and The Bill & Melinda Gates Foundation in April 2020.

The ACT-Accelerator extends the collaboration of world leader beyond simply vaccines, and into the avenues of COVID-19 diagnostics, therapeutics, national guidelines, social protocols and more.

Let’s take a look at the extended list of the ACT-Accelerator ‘pillars’, as they are described, and who is responsible for each area. Also, listen to the language here and see past the Orwellian double-speak.

Firstly, the diagnostics pillar is co-led by FIND and the Global Fund to Fight AIDS, Tuberculosis and Malaria, and aims to ‘save’ 9 million lives and avoid 1.6 billion infections through the “power of equitable access to simple, accurate and affordable diagnostic”. The investment case is here.

So, the AIDS scam is involved. No surprises there.

Next, the therapeutics pillar is led by Unitaid and the Wellcome Trust (on behalf of the COVID-19 Therapeutics Accelerator) and seeks to accelerate the development and delivery of treatments at all stages of disease, ensuring accessibility to all, regardless of geography and economic resources.

Delivery of treatments? For what? A minor flu with a 99% survival rate?

Or, could this mean the delivery of some other form of ‘treatment’?

This section targets development, manufacture, procurement and equitable distribution of 245 million courses of treatment for populations in Low and Middle Income Countries within 12 months. The investment case is here.

We have suggested previously the COVID-19 vaccine will be developed differently for lower socio-economic areas. The ‘useless breeders’ must be sterilized.

The vaccine pillar, obviously, lead by CEPI and GAVI (through COVAX).

Interesting to note that the Australian government has separately made a broader pledge of $300 million in funding for GAVI over a five-year period from 2021 to 2025.

Finally, the health systems connector is the fourth pillar of the ACT-Accelerator and supports the other three by ensuring that health systems and local community networks can fully utilise these and other ‘essential tools’ in their ‘battle’ against COVID-19.

This pillar is led by the World Bank and the Global Fund to Fight AIDS, Tuberculosis and Malaria (GFATM) and supported by the WHO. It aims to build capacity — such as laboratory capacity, training for laboratory and health staff and management of protective equipment for health workers.

It also works on system innovations to complement the rollout of products, such as contact tracing, social distancing and isolation approaches, as well as community engagement needed to sustain them. Health security and the fight against COVID-19 depends a central approach, they say.

So, the training, protective equipment, PR campaigns in community and more are also all being driven by this world body? Seems a little suspicious if you ask me. Not surprising, however, as the WHO and others have dictated directives from a top-down basis since the start of this saga.

Could we be witnessing the incremental first steps towards world government?

Either way, it seems as if both the COVAX Facility and the greater ACT-Accelerator plan have now moved beyond simply the product of concept, to a legitimate collaboration gaining momentum.

Now Australia has arrived on this scene.

Not only will this country continue to give away millions to WHO and GAVI to ensure the four pillars are carried out, but Australia will also be leaving millions of doses of COVID-19 vaccines in the hands of the COVAX Facility — and who can predict with any certainty what the plan is from there.

One thing is for sure, the pieces are now coming together and we must all keep our eyes on the moves of this new group of unelected scientific rogues attempting to dictate the ‘solution’.