On the 50th Anniversary of her Death, Janis Joplin Still Ignites 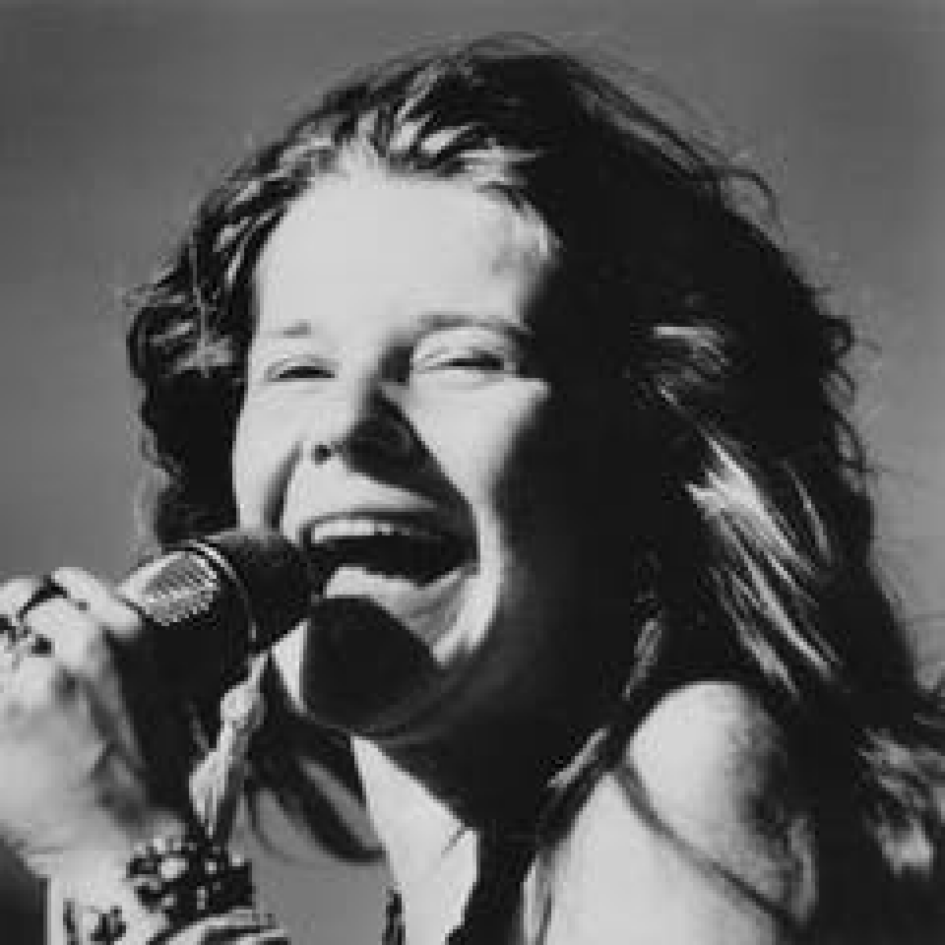 Janis Joplin died 50 years ago this Sunday, aged just 27, but her songs reach beyond time. Her enduring influence and popularity can be attributed to her raw, unadulterated, fearless performances.

We respond to vocalists who can express emotions such as pain, angst and release. Joplin gave us all those in spades, delivered with a powerful, uninhibited raspy voice.

Influenced by artists like Bessie Smith, Otis Redding, Billie Holiday, Ray Charles, Tina Turner and Aretha Franklin, she possessed a command of blues styling, phraseology and melody. She was inducted into the Rock and Roll Hall of Fame in 1995 and voted number 28 in Rolling Stone’s greatest singers of all time in 2008.

But when we hear a vocalist such as Joplin, who stirs something deeply in us, what is actually happening?

In command of her voice

The origins of music are rooted in the emotional expression of the human voice. Expressive musical performances have been shown to activate the emotional centres of our brains.

Joplin had a powerful and commanding voice. In her live performances she was focused and uninhibited, showcasing a broad palette of distinctive vocal timbres coupled with a fast vibrato. With her three-octave range, she used raspy growls, wails and screams to express raw emotion.

Rock singing often uses a rich chest voice, requiring great physicality and energy. Blues and rock singers might also incorporate a constricted quality in their voices: tightening the larynx and manipulating the air pressure they sing with.

Joplin’s voice has been described as using a distortion and edge, a mixture of noise and tone.

Read more: Friday essay: the art of the pinch – popular music and appropriation

This is perhaps best demonstrated in her 1968 song Piece of my Heart. This constricted sound directly conveys intensity — it is very exciting but also creates tension. This constriction comes to a climax on the line “you know you got it”: she improvises on the melody, changing the phrasing to include blues licks and then screams before the last chorus. https://www.youtube.com/embed/7uG2gYE5KOs?wmode=transparent&start=0

This use of constriction in singing carries with it a variety of challenges and significant risks, impacting the singers’ control. But audiences are thrilled by risk-taking of high-wire artists. Here, Joplin’s technique is in service to the communication of emotion, simultaneously thrilling and devastating.

The deepest of emotions

In performance, Joplin was at once vulnerable and fearless, yearning to break free, pushing boundaries and willing to reveal her authentic self. She was unapologetic.

While Joplin wasn’t singing the protest songs of her contemporaries like Bob Dylan and Phil Ochs, a sense of protest comes through in her expression, her choice of repertoire and the way she refused to sing in a “pretty” voice accepted of women at the time.

As her biographer Alice Echols said:

Janis in some sense was the great unrecognized protest singer of the 1960s. No, Janis was not singing explicit protest songs. But in her voice, what people heard was somebody who was refusing the status quo.

Joplin’s last recorded work, posthumously released as Pearl, demonstrates the ongoing evolution in her vocal use. Her voice has undergone a refinement, still featuring gutsy and raw moments, here it is more controlled, without any loss of expression.

The opening of Cry Baby features Joplin singing two notes at once in a constricted tone, then loudly belting out the chorus. She then reduces the volume and softly explains her betrayal in the verses. https://www.youtube.com/embed/N36rnowF1og?wmode=transparent&start=0

There are clear influences in her use of call and response from gospel music, and in particular the original recording and vocal stylings of Garnet Mimms.

This refinement is also visible in one of her last filmed performances. On This is Tom Jones in 1969, she transformed the touching jazz standard Little Girl Blue into a rhythm and blues epic. https://www.youtube.com/embed/ungUmyQ-k9U?wmode=transparent&start=0

It is edifying to compare her performance with performances of the same song by some of her influences, Nina Simone and Nancy Wilson. Simone’s delivery on piano and voice are expressively delicate and highlight a refined musicianship with subtle embellishments of the melody. Wilson’s version features rhythmic precision coupled with lush orchestration.

Joplin stands out as a vocalist of great influence. She was willing to express the deepest of human emotions – emotions not easily allowed nor expressed in western society. She afforded her audience a vicarious understanding of her emotions, an understanding which still echoes today.