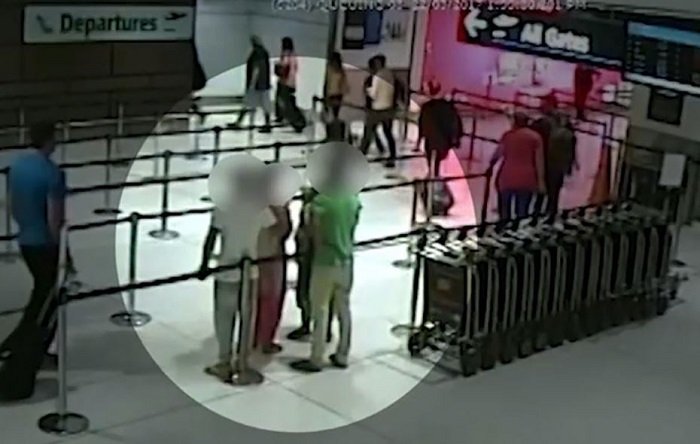 A Sydney man who used threats, coercion and deception to force a woman and her child to return to India has become the first person in Australia to be convicted for an exit human trafficking offence.

The 29-year-old Lidcombe man was sentenced to 21 months’ imprisonment in the District Court of NSW on 21 January. He was charged for the milestone human trafficking investigation in 2017.

Operation Eastwater began when victim support and advocacy service Anti-Slavery Australia alerted the Australian Federal Police that a woman had been forced to India against her will.

Police facts tendered in court revealed the man had purchased a one-way ticket for the woman to travel from Sydney to India in March 2017.

The woman told police she feared for her life and was threatened with murder if she did not comply with this request. CCTV footage from Sydney International Airport on the date of departure recorded the visibly distressed woman having an argument with the man at the departures area before boarding the plane with her infant child.

In Australia, the Lidcombe man contacted Australian immigration authorities, and gave false information and adopted the identity of the woman in a bid to revoke her legal visa status to try and prevent her from returning to Australia.

The woman returned to Australia two months later and contacted Anti-Slavery Australia. The matter was referred to the AFP Human Trafficking team for further investigation.

The AFP executed a search warrant at the man’s Lidcombe home in September 2017 and served him with court attendance notice. In November 2017, he was arrested by the AFP at Sydney International Airport attempting to board a flight to Bangkok, Thailand.

He pleaded guilty to one count of trafficking in persons (exit from Australia) contrary to section 271.2(1A) of the Criminal Code Act 1995 (Cth).

The maximum penalty for this offence is 12 years’ imprisonment.

In a Victim Impact Statement provided to the court, the victim told of the severe impact the exit trafficking has had on her life and her young daughter.

“Because of his actions, I live in constant fear and stress knowing the lengths he will go to find us and harm us. This fear and stress impacts my physical, emotional and mental health,” she said.

“I have to be careful about who we talk to and where we go, to make sure that our private information is not shared with him. I am very careful when I leave the house. I avoid leaving the house unless absolutely necessary.

“Because of his actions and threats, I am constantly worried about my daughter. I worry about this every day. I am always thinking about how to keep my daughter safe. This is very stressful for me. Ordinary things like going out to the shops or to the park has become more difficult because I fear for our safety.”

AFP Commander Hilda Sirec said victims of human trafficking have many fears and vulnerabilities about coming forward to police, but it is important they know we are here to help.

“Human trafficking is not often discussed or even considered to be an issue in Australian society. It is often unreported, but the reality is that Australia is not immune to human trafficking and victims in our communities are suffering in silence,” Cmdr. Hilda said.

“It is thanks to brave people like the woman involved in this matter that our investigators were able to work with her to see justice done.

“AFP investigators in our human trafficking teams work tirelessly to ensure the well-being of all victims who come forward and seek an escape. Their cases are handled with compassion and great care.

“Our partnerships across the sector, including with NGOs, are crucial in ensuring this often hidden crime comes to the surface, is talked about and the signs are understood. Without the community’s help, it’s very difficult for our investigators to take appropriate action and help victims of human trafficking.”

The AFP is the lead Australian investigative agency for all forms of human trafficking and modern slavery. The National Action Plan to Combat Modern Slavery 2020-25 was launched in December 2020. The Plan sets out the strategic direction to eradicate modern slavery, and to protect and support victims in Australia.

For the financial year 2019/2020, the AFP received 223 reports of human trafficking, slavery and slavery-like offences.

If you or someone you know is a victim of human trafficking, help is available. For information and confidential advice please contact Australian Red Cross. Call (03) 9345 1800 or visit the Red Cross website.

For more information on human trafficking, including the signs a person may be at risked of being trafficked, visit Human trafficking | Australian Federal Police (afp.gov.au).