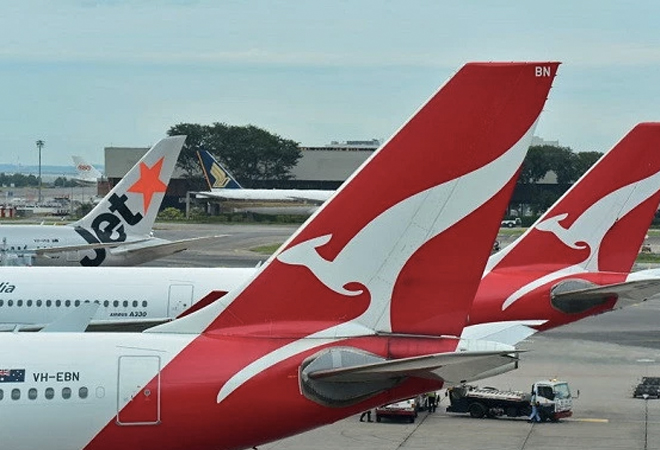 Australia’s Transport Workers’ Union is calling on the Federal Government to implement a national plan to lower the risk of infection and spread of COVID-19 in aviation as Qantas announces changes which the union claims fall short of measures of keeping workers and passengers safe.

Ironically, only last year Qantas won the coveted ranking of Australia’s number one preferred employer, thanks to its high flying job perks, including travel benefits for its employees.

Now its reputation is careening into the dust.

The TWU is looking to appeal a court ruling backing a Qantas decision to refuse sick leave to workers battling illnesses during stand downs. Workers, including a man battling cancer and another awaiting a triple bypass both with over 30 years work at Qantas, took the case over the airline’s refusal to pay them sick leave during the stand down period.

At least 60 workers across the Qantas Group have been infected with the virus. A dossier compiled by TWU safety experts revealed systematic failing in how Qantas dealt with an Adelaide Airport cluster, which saw 34 workers infected and over 750 quarantined.

Safe Work NSW is investigating Qantas over its suspension of an aircraft cleaner for raising concerns over the spread of COVID-19.

Qantas repeatedly referred in communications to its workers that the risk of infection and spread was “low”, even comparing the virus to the “seasonal flu”. The airline stressed “normal processes” were adequate in dealing with the virus and relied on putting up notices about hand-washing rather than providing training or protective gear to workers.

TWU National Secretary Michael Kaine said a plan was needed which should apply to all airlines flying into and around Australia.

“We need a national plan to keep crew and passengers safe and this plan should be done in consultation with the aviation workers who are at the coalface.

“It is not good enough for Qantas to come up with its own plan for how it will resume flying, since the airline has proved itself to have downplayed the risks of this virus right from the start. Other at-risk workplaces are being strictly regulated and airlines should be no different.

“The Federal Government needs to come up with a national plan which should be adhered to be any airline flying in Australia.

“The Qantas measures today are troubling. Qantas talks about providing ‘peace of mind’ and ‘well being’ when the focus should not be on making people feel good but on taking the virus seriously and stopping the spread of infection. Workers want to be consulted on issues such as making masks for passengers mandatory, how that can be enforced and whether the middle seat should be kept free. Contrary to Government guidelines on consulting with workers on COVID-19 plans, Qantas has failed to discuss changes with workers which will not only impact on passenger safety but their safety too.”

TWU National Secretary Michael Kaine said the TWU was focused on getting justice for Qantas workers, some of whom are dealing with critical illnesses.

He said the union was looking to appeal the court ruling backing in the airline’s decision to refuse sick leave to workers during Covid-19 related stand downs.

“The ruling is bitterly disappointing for Qantas workers battling serious illnesses and their families, who are enduring worries about their finances at a difficult time in their lives. We are looking to appeal this judgment and seek redress for these workers. This is about justice and the fact that workers who are battling serious illnesses should be allowed to draw down the significant sick leave they have accrued through years of hard work at Qantas,” Kaine said.

“Qantas is taking harsh management decisions that are heaping concerns on already anxious, ill workers. The airline’s heartless move on sick leave mirrors other actions since the pandemic crisis began, including ignoring workers concerns about the virus, threatening with sacking workers who raise concerns, refusing to implement appropriate systems to prevent virus clusters and arbitrary implementation of the stand-downs. Qantas is proving itself to be an irresponsible employer and unfit to be the main player in Australian aviation.”

Qantas sent its workers correspondence shortly after it announced it was standing workers down last month, stating that: “Sick/carer’s leave will not apply during any period of stand down, so you will continue to be stood down and will not be entitled to any sick/carer’s leave payments.”

Qantas delayed a deep-clean by almost three days of common areas of the baggage room after the first infection case was confirmed; workers who had been exposed to the first infected worker over several days involving close contact were directed to continue turning up for work.

In 2018 the Irish born Qantas head Alan Joyce was the country’s highest paid executive in Australia, on a take home pay of $23.9 million, more than 275 times the average pay. His lavish wedding to his male partner was one of the society events of 2019.

Amid a welter of virus announcements, including the standing down of 20,000 Qantas and Jetstar workers, in March of this year Joyce grandly declared he would forgo his salary for the remainder of this financial year, ending 30 June.

Joyce says the airline is preparing for the resumption of domestic travel in the next two months – with plans for $19 bargain flights and improved safety measures to entice people back into flying again.

Mr Joyce says he hopes to resume domestic flights by July, and has urged states to lift coronavirus border closures by then.

“We could be operating 40 to 50 per cent of pre-COVID-19 operation in July if demand is there,” he said.

Yesterday he told the Australian Broadcasting Corporation his company’s decision not to abide by social-distancing restrictions on flights was the correct one.

He told a press conference it would be “uneconomical” to leave the middle seat in every row unfilled and would lead to skyrocketing airfares.

Mr Joyce also said, based on expert medical advice, his airline’s other precautions were enough to prevent the spread of coronavirus on flights and make it safer than being in a train, bus or restaurant.

Professor Marylouise McLaws, an epidemiologist and infectious disease expert at the University of New South Wales, told Guardian Australia the decision “fails the test of logic”.

“Preventing Covid-19 is a bundle of many things. It’s staying at home when you’re unwell, it’s hand hygiene, plus social distancing, plus environmental cleaning. When you can’t have one of those, such as social distancing, you need to protect yourself from inhaling or exhaling the virus with a mask.

Compiled by John Stapleton, editor of A Sense of Place Magazine. A collection of his journalism is being constructed here.