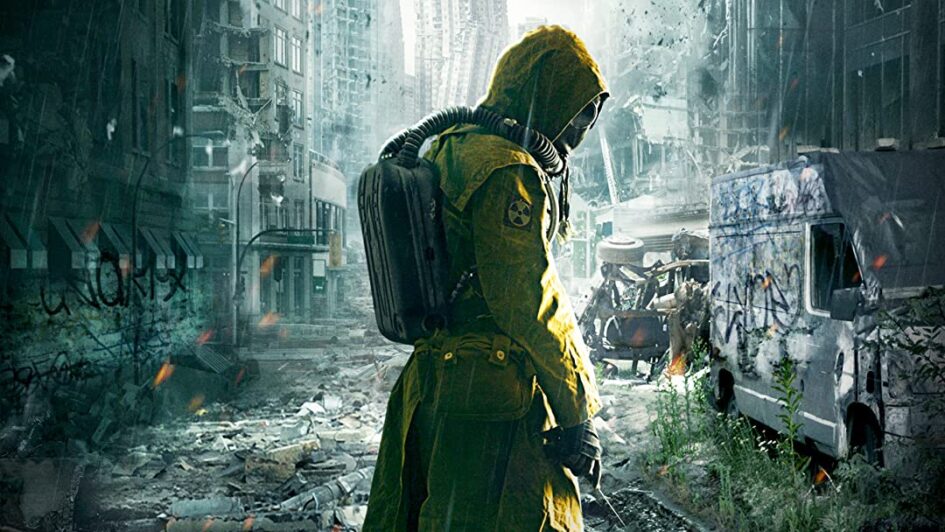 So says the Zero Covid Man, aka the Australian Prime Minister.  Perhaps the greatest fear is that he might be right.  If so, then comes the question: is it worse to have a stupid prime minister who does really dumb things, or an evil prime minister who knowingly does what he knows to be stupid but popular?  Invoking Australian voters as the real drivers of evil policies is spineless blame shifting, the worst form of populism and an admission that “I am not up to telling the hard truth if it means I get shafted electorally”.

The ex-cricketer and now commentator Michael Slater opined that the Prime Minister had “blood on his hands” over what Andrew Bolt and many careerist backbenchers – typically too spineless to speak out – regarded as a step way too far over travel bans and legal threats for Australians trapped in India.  That was before anyone attempting to escape India actually died.  One (permanent resident) now has.

At least there is now at least one Australian politician willing, at last, to state his or her position on Covid.  This might be deemed progress, for which, I suppose, we should be grateful.  Mostly they simply spit out scientistic platitudes and focus-group-tested cliches.  And hide behind sanctimonious, deeply flawed, unelected health bureaucrats.  But this is the most for which we can be grateful.

What does “eliminating” Covid mean for ordinary people?  Basically, it means Stalin on steroids.

It means endless internal and external border closures – mean, shameless and dictatorial.  It means truncated interstate trade and travel.  It means lockdowns on a whim, without notice.  Mask mandates.  Bans at worst and curbs at best on normal activity.   Enforced incarceration.  Threats of prison.  The stifling, joy-draining bureaucratisation of everything.  Reporting in doorways before masked officials in order to have a pint or to worship your God.

It means endless, metastasising calls on the budget.  It means the loss, possibly permanent, of any sense among both politicians and voters that budget deficits and debt matter.  Witness the drunken sailor budgets in Australia and the UK, where Tory governments are spending like there is no tomorrow.  (The USA’s Covid related spending is routinely measured in the trillions).  No day of fiscal reckoning.  Doing the Labor Party’s normal job of screwing the economy for it.

It means printing money that we do not have.  It means people who do not have work to do becoming permanent, paid wards of the State.  It means giving voters no choice, since they all either agree with one another or don’t have the guts to oppose the Covid theatre that now substitutes for governing.  It means massive inconvenience.  It means freedoms destroyed. The freedom to do everyday, mundane things that render individual lives workable and occasionally even memorable.   Memorable is but a distant … well … memory.

The Prime Minister and his National Cabinet of complicit autocrats were the people responsible for creating among the voters the triple evils of irrational fear bordering on hysteria, venal and self-serving behaviour, and massively increased dependence on the State.

These are the direct outcomes of actions and words by Morrison, Hunt, Andrews, McGowan and the entire pygmy-premier cohort.  And their deeply mediocre, crypto-fascist health ministers.

In embracing Zero Covid, politicians – let us not make a category error and call them leaders – are (yet again) displaying cognitive dissonance.  The ability (with ease) to hold in their minds two contradictory beliefs, since they know – if they read their science briefs, as they profess to – that achieving zero Covid is an impossibility, since Covid is global, endemic, seasonal and prone to mutating endlessly (as Ivor Cummins and many others have pointed out, repeatedly).

It isn’t going away.  And they all know this.  And yet they pretend that THEIR policies can fix it, can make it go away, and stay away.  This is not stupid.  The voters are stupid to put up with it.  It is evil.  Evil perpetrated by the political class.  And spineless.

Morrison and his peers see “no appetite” for any change to the current stifling regime, a regime of international travel bans only otherwise elsewhere embraced by Cuba and North Korea.  (Pleasant company indeed).  The appetite for freedom in Australia has been suppressed by a government-led and media supported campaign of deceit, exaggeration, half-truths, propaganda, endless repetition of messaging and fearmongering.  Even rusted-on leftists like Naomi Wolf see this.

The state created a moral panic over a, for most, utterly harmless virus from which the few who actually experience symptoms, let alone severe symptoms, completely recover.  Most of those who have “little appetite for change” do not know these things.  The evidence from the UK suggests that people there have a misinformed and hopelessly exaggerated sense of the actual threat posed by Covid.  Similar polls, were they to be done here, might well reveal similar ignorance.

Of course, there is no appetite for change.  The low information voter has been tricked into jumping at shadows.

Both India and the emergence of new variants of the virus have proven immensely rewarding for the political class and for all those who are now far more broadly recognised to be benefiting from “Forever Covid”.  These have proven to be aces in the hole.  Bodies in the streets have allowed follower-leaders like Scott Morrison to insist that Australia’s Covid luck, occasioned by a range of factors that have very little to do with government policy, is something not to be “traded away” under any circumstances, by re-embracing freedom, normalcy and international openness.  Talk about killing globalisation, including good globalisation with all its economic benefits, with fortress isolationism.

Painting the rest of the world as “India” is palpably dishonest as well as absurd, as is Morrison’s baseless claim that “the pandemic is going nowhere”.  What happened to the saviour that was “Scotty’s Jab”?  The jab was yesterday’s silver bullet.  Now the answer is endless isolation and “The Fortress”.

The world isn’t India.  India isn’t necessarily even India, the India portrayed hysterically by the appalling fourth estate.  India’s failings in treating the epidemic of Covid relate to India, not to Covid.  Tell the people of Florida that the world is “India”.  Much of the world, especially the countries now moving into their northern summer, and with the much-hyped assistance of (admittedly, variably performing) vaccines as well as their populations’ rapidly developing immunity, know only good news stories.  India is not a nothingburger.  But it is irrelevant to Australia’s Covid policy drivers.  It is yet another stick with which to beat weary, cowed Australians.

But, unlike, Scott Morrison, I wonder for how long the lack of appetite for freedom and normalcy will last.  Will we ever wake up, rouse ourselves to righteous anger, and storm the fortress that is built on quicksand?  Otherwise, this is forever.  Only relentless public action in support of freedom will work.  We know what changes politicians’ minds.  They are in the blissful position, though, having duped their people with self-serving subterfuge, of not ever having to justify their wicked actions.

Morrison says that “once you let it back in, you cannot get it out”.  Really, this is what he says, and professes to believe.  As I have argued before, we needed Churchill, and we got this guy.