Unfolding Catastrophe: Australia. Part Three. The Biggest Mistake In History. The Best of 2021. 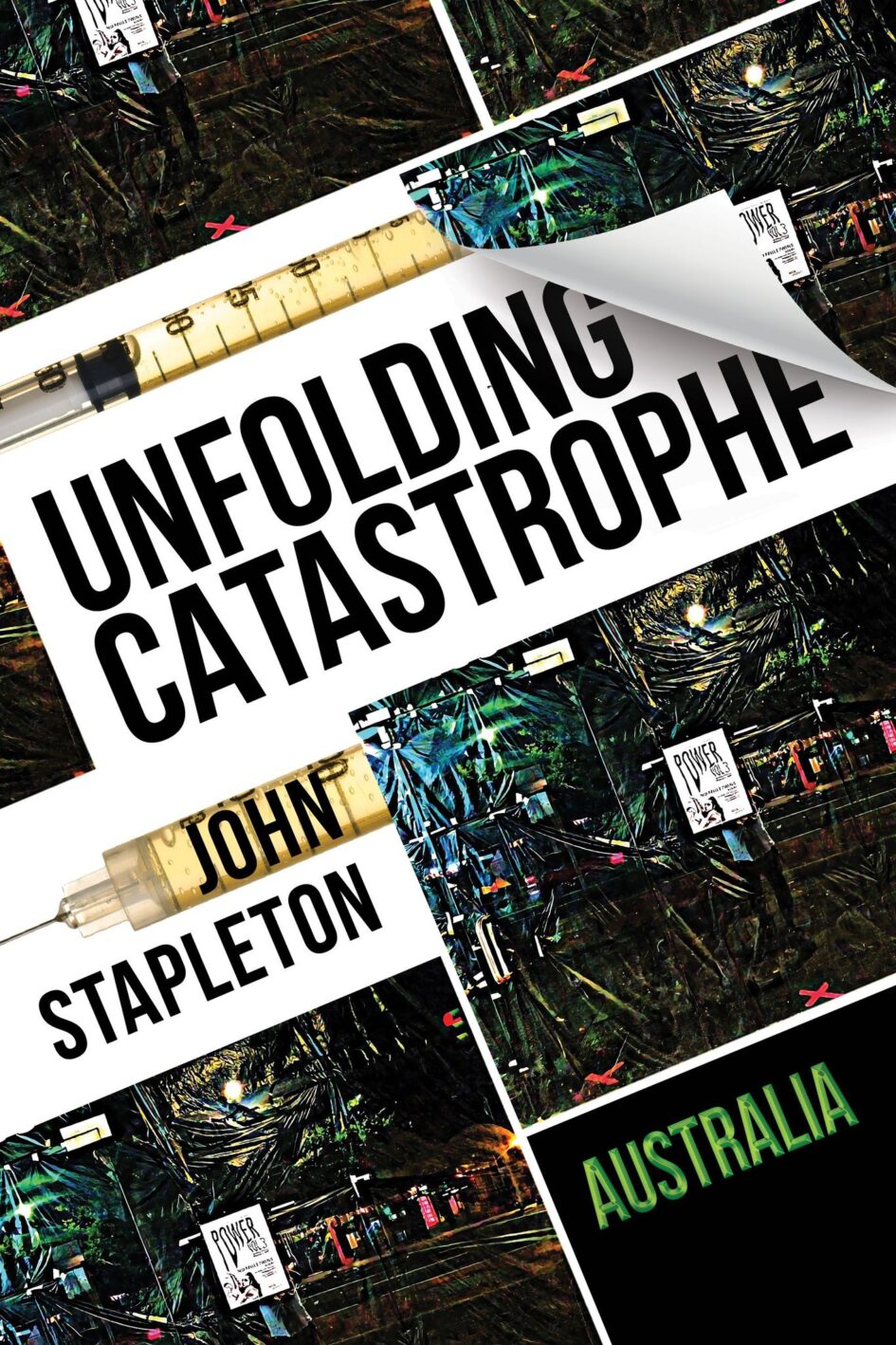 If the geniuses of Australian government weren’t satisfied with all the cautionary voices emerging from some of the world’s most venerable tertiary institutions, they only had to go as far as the Australian National University, to Professor Ramesh Thakur, whose work Old Alex seized on early in the piece.

Eminently qualified, the professor’s high intelligence and depth of experience combined with a clear and compassionate writing style were all of great appeal.

“Early assumptions of extraordinary SARS-CoV-2 infectiousness and lethality have proven fallacious. Some are already calling the coronavirus lockdown the Greatest Mistake in History.

“In the name of ensuring the safe health of everyone, governments have trampled willy-nilly on previously inviolate individual rights.

“The seductive numerical precision of the Imperial College London March 16 model, with grim forecasts of deaths in the tens of millions, provoked a herd-like panic across the world but was refuted by data collected in the following weeks that progressively reduced its policy usefulness.

“Early modelling of the virus was based on the initial statistics from Wuhan and Italy.

“Indeed, with the significant number of asymptomatic cases, the most common symptom of the virus is no symptom at all.

“But has the Great Lockdown worked?

“Countries with different lockdown strategies show broadly similar coronavirus curves. The model, based not on science but flawed assumptions and skewed data, has failed badly in its predictions of the evolution of the curve.

“The obsession with the coronavirus has meant a neglect of other preventive screening and therapeutic interventions, producing significant numbers of excess deaths from other causes.

“It’s ironic that new pharmaceutical products must undergo rigorous testing for side-effects and collateral harm before being approved for public use, but lockdowns were mimicked by one country after another with little apparent consideration of the unintended and perverse health, economic, educational and other human consequences.

“A one-size-fits-all approach dissipates effort, distracts from the age-specific measures for the elderly as their special needs get lost in the noise, and, by harming the economy, diminishes the resources we have as a society to protect the most vulnerable.”

Australia’s former foreign minister, Alexander Downer, knew as well as anyone, at least in private, the devilment inside his own party and the levels of ineptitude and incompetence of its key players.

“The elimination strategy will never work,” he told The Australian. “This will outrage most Australians. But I am absolutely convinced the greatest danger for Australia is to keep pursuing this elimination strategy and, in the end, cause the collapse of the economy, massive social dislocation, depression, educational setbacks, and the collapse of small businesses left, right and centre.

“There will be no end of partisan blaming – the Liberals did it, or Labor did it.

“COVID is not the Black Death. It is not going to wipe out a sizeable percentage of the population. It’s really dangerous for people with comorbidities, people who are old and frail. And they should be protected.

“But people here are bombarded with media stories the whole time. When there is a single case of COVID, people are suddenly frozen in fear. They think they are going to drop dead.

“They almost certainly will not drop dead. In many cases, they are asymptomatic, so they’re nothing like dropping dead, not from COVID anyway.”

There was a swarm of black birds funneling down towards the planet’s surface. And Old Alex couldn’t believe his luck, to be there as history transformed; as the terraforming of fate lines took hold.

In a wall of conflicting information and considerable ill intent, conspiracy theories blossomed across the internet. Many of the theories proved correct. Governments did not give back the freedoms and liberties they had so unjustly seized under the threat of COVID. Millions of lives were destroyed while the rich got richer. There was nothing more permanent than a temporary measure.

There were plenty of people who believed a bigger game was at play.

Within a couple of days, from out of the maelstrom of conflicting information, esteemed former Canberra Times editor Jack Waterford became one of the first mainstream pundits to point out the multiple failures of his own profession; the disconnect already cleaving through the official narrative and the happy-go-luckies who were disseminating it.

“As governments have ratcheted up non-medical measures against COVID-19, the communications performance of an array of public officials has been lamentable and embarrassing – agony to watch.

“Some reporters and commentators, possibly at the urging of editors, have markedly softened their questions. They are doing so for fear that apparent hostility or exasperation after failing to get straight answers might actually undermine confidence in public health measures that all reasonable observers believe to be necessary.

“The biggest problem for good management of the epidemic is that the government is not really getting ‘independent’ advice from its independent professional committees. The committees are being too conscious of other pressures on government … and too focused on protecting the leaders.

“They may think that public interest is their foremost concern. But the public has only slight ownership of the processes. Indeed, even health workers actually dealing with patients are complaining of not being consulted, being unable to get basic information about matters such as medical supplies, and of being ignored.”

Days shorten rapidly on the South Coast; winter comes early and promptly becomes interminable. Old Alex was there in that extraordinary state of mind he did so much to avoid, where the territory along that beautiful piece of coast was being terraformed as he watched, as others hijacked him to see a planet they were keen to see. For some had never experienced the feel of air on skin.

There are many exoplanets, but very few like Earth.

He slithered in a shivered embrace, encrypted dreams, crushed hopes. He felt them talking through a river of disregard, he couldn’t find anything worth fighting for, he was dumbstruck by the acquiescence, he made as if to join the mortals, then forgot. The fibril networks, the things that sometimes he could barely believe himself, the disregard, if that’s what it was; as he struggled to create a world where he cared, where things made sense, where there was warmth and compassion and old friends crawling out of the woodwork, of things that mattered. Instead, oh master oh servant, he found himself bewildered by the humans. How little they cared for each other. Truly, how little they cared.

That was the nature of the times; when everyone crept into their own parochial holes and slumbered as long as they could, because out there was hostile, nonsensical, full of threat. The masks bespoke of danger and alienation, increasing the sense of threat.

That was the nature of the despair that had crept through everything. These were a defeated people. Deceived into submission, a blizzard of government bullshit frightening even the most intelligent, for no one knew the next target, no one knew when death would reach out and take them, no one knew how dangerous, or infected, their neighbour was.

Any discord was punished. He turned away in bleak resignation. The fight had been for nothing.

And yet, there they were, these preachers on street corners, preaching their strange streams of gibberish from two thousand years ago; past generations, past civilisations; riven down through analogue and anecdote, these things, the subsumed lives of the poor. There was no spark of recognition.

People, essentially good-willed, met a discord and a disconnect; all of it a strange and savage desertion of the futures they could have had.

Below are links to John Stapleton’s series of books on contemporary Australian history. All of them use the same technique of recording events through the eyes of a retired newspaper reporter, shifting from internal monologues to street scenes to news reports and analysis. The fifth book in the series, Australia Breaks Apart, will be available in late 2022.