THIS IS WATER: ON LIVING A COMPASSIONATE LIFE 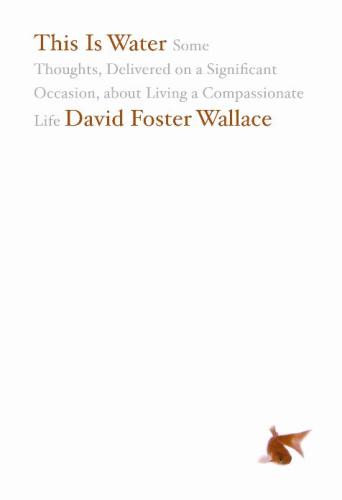 Only once did David Foster Wallace give a public talk on his views on life, during a commencement address given in 2005 at the elite liberal arts Kenyon College, the oldest private educational institution in Ohio, America, known for its rural setting and Gothic architecture. Demonstrating that wisdom can come from everywhere, is the sole possession of no individual, no single faith, no single creed, no single god, the schools motto is derived from the religious order of The Daughters of the King, associated with the Episcopal Church but now drawing members from across denominations: Mangnaminem Sustine Cruciter, meaning “With heart, mind and spirit uphold and bear the cross.” At the base of the cross are the letters “FHS”, meaning: “For His Sake”. To many Christ, in 2015, appeared to have departed the Earth scene as a tidal wave of Islamic fundamentalism swept the world. Three years later David Wallace was to commit suicide, becoming a cultural symbol for tortured genius. His address, published in the slim volume This Is Water, captures Wallace’s electric intellect as well as his grace in attention to others. Learning how to think is learning control over how and what you think, he said, and in a terrible prelude of what was to come: “If you cannot exercise this kind of choice in adult life you will be totally hosed. Think of the old cliche about the mind being an excellent servant but a terrible master. It is not the least bit coincidental that adults who commit suicide with firearms almost always shoot themselves in the head. They shoot the terrible master.” After his death, This Is Water became a treasured piece of writing reprinted in The Wall Street Journal and the London Times, commented on endlessly in blogs, and emailed from friend to friend. Writing with his one-of-a-kind blend of causal humor, exacting intellect, and practical philosophy, David Foster Wallace probes the challenges of daily living and offers advice that renews its devotees with every reading. How does one keep from going through their comfortable, prosperous adult life unconsciously? How do we get ourselves out of the foreground of our thoughts and achieve compassion?

As Maria Popova writes in her world leading literary newsletter Brain Pickings: David Foster Wallace turned to the primordial seas of metaphor in his legendary Kenyon College commencement address, which came to be known as This Is Water after its central clarion call for “awareness of what is so real and essential, so hidden in plain sight all around us, all the time, that we have to keep reminding ourselves over and over: ‘This is water. This is water.’” 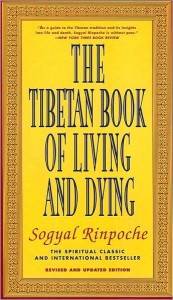 Here are some excerpts from Wallace’s address:

“Please don’t worry that I’m getting ready to lecture you about compassion or other-directedness or all the so-called virtues. This is not a matter of virtue. It’s a matter of my choosing to do the work of somehow altering or getting free of my natural, hard-wired default setting which is to be deeply and literally self-centered and to see and interpret everything through this lens of self. People who can adjust their natural default setting this way are often described as being ‘well-adjusted’, which I suggest to you is not an accidental term.

It is extremely difficult to stay alert and attentive, instead of getting hypnotized by the constant monologue inside your own head. Twenty years after my own graduation, I have come gradually to understand that the liberal arts cliché about teaching you how to think is actually shorthand for a much deeper, more serious idea: learning how to think really means learning how to exercise some control over how and what you think. It means being conscious and aware enough to choose what you pay attention to and to choose how you construct meaning from experience. Because if you cannot exercise this kind of choice in adult life, you will be totally hosed. Think of the old cliché about ‘the mind being an excellent servant but a terrible master.’ 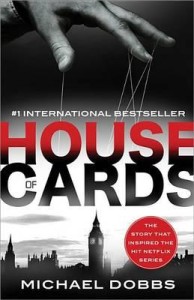 This, like many clichés, so lame and unexciting on the surface, actually expresses a great and terrible truth. It is not the least bit coincidental that adults who commit suicide with firearms almost always shoot themselves in: the head. They shoot the terrible master. And the truth is that most of these suicides are actually dead long before they pull the trigger.

And I submit that this is what the real, no-bullshit value of your liberal arts education is supposed to be about: how to keep from going through your comfortable, prosperous, respectable adult life dead, unconscious, a slave to your head and to your natural default setting of being uniquely, completely, imperially alone day in and day out.

Please don’t think that I’m giving you moral advice, or that I’m saying you are supposed to think this way, or that anyone expects you to just automatically do it. Because it’s hard. It takes will and effort, and if you are like me, some days you won’t be able to do it, or you just flat out won’t want to. 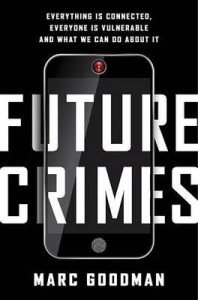 But most days, if you’re aware enough to give yourself a choice, you can choose to look differently at this fat, dead-eyed, over-made-up lady who just screamed at her kid in the checkout line. Maybe she’s not usually like this. Maybe she’s been up three straight nights holding the hand of a husband who is dying of bone cancer. Or maybe this very lady is the low-wage clerk at the motor vehicle department, who just yesterday helped your spouse resolve a horrific, infuriating, red-tape problem through some small act of bureaucratic kindness. Of course, none of this is likely, but it’s also not impossible. It just depends what you want to consider. If you’re automatically sure that you know what reality is, and you are operating on your default setting, then you, like me, probably won’t consider possibilities that aren’t annoying and miserable. But if you really learn how to pay attention, then you will know there are other options. It will actually be within your power to experience a crowded, hot, slow, consumer-hell type situation as not only meaningful, but sacred, on fire with the same force that made the stars: love, fellowship, the mystical oneness of all things deep down.

Worship power, you will end up feeling weak and afraid, and you will need ever more power over others to numb you to your own fear. Worship your intellect, being seen as smart, you will end up feeling stupid, a fraud, always on the verge of being found out. But the insidious thing about these forms of worship is not that they’re evil or sinful, it’s that they’re unconscious. They are default settings. 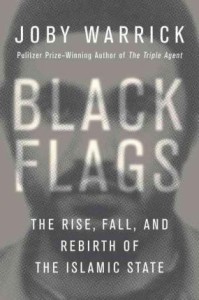 They’re the kind of worship you just gradually slip into, day after day, getting more and more selective about what you see and how you measure value without ever being fully aware that that’s what you’re doing.

And the so-called real world will not discourage you from operating on your default settings, because the so-called real world of men and money and power hums merrily along in a pool of fear and anger and frustration and craving and worship of self. Our own present culture has harnessed these forces in ways that have yielded extraordinary wealth and comfort and personal freedom. The freedom all to be lords of our tiny skull-sized kingdoms, alone at the centre of all creation. This kind of freedom has much to recommend it. But of course there are all different kinds of freedom, and the kind that is most precious you will not hear much talk about much in the great outside world of wanting and achieving…. The really important kind of freedom involves attention and awareness and discipline, and being able truly to care about other people and to sacrifice for them over and over in myriad petty, unsexy ways every day. 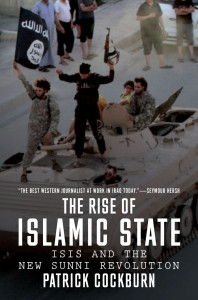 That is real freedom. That is being educated, and understanding how to think. The alternative is unconsciousness, the default setting, the rat race, the constant gnawing sense of having had, and lost, some infinite thing.

The real value of a real education has almost nothing to do with knowledge, and everything to do with simple awareness; awareness of what is so real and essential, so hidden in plain sight all around us, all the time, that we have to keep reminding ourselves over and over:

It is unimaginably hard to do this, to stay conscious and alive in the adult world day in and day out. Which means yet another grand cliché turns out to be true: your education really is the job of a lifetime. If we realise that those belies that separate us from others are simply a manifestation of innate selfishness, that we can begin to tell ourselves new stories that not only respect others right to exist but also release us from the petty frustrations that consume us.

A Sense of Place Publishing, David Foster Wallace, holy war, Islamic State, On Living a Compassionate Life, the enlightenment, The Rising, The Rising of the Network, This Is Water